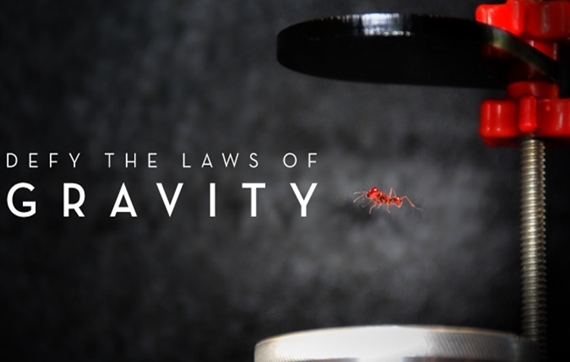 As it turns out, it’s possible to levitate objects using sound. And someone made a new toy that you can put on a desk to levitate small objects using just that principle.  Called the Sonic Levitation Machine, it will magically suspend objects using nothing but sound waves.  Really.

The bad news?  It needs to produce sounds that are way louder than a jet engine to create the anti-gravity effect.  The good news?  The bulk of the sound pressure will only travel around 18 inches from the source, so if you stand far enough, any noise you pick up should be tolerable.  Plus, you can always wear earplugs. Do note, this will probably drive dogs crazy (they got super-hearing or something like that), so you might want to keep any pets out of the vicinity. 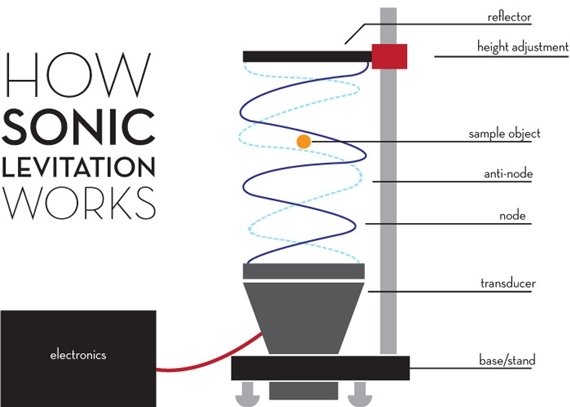 The Sonic Levitation Machine uses an ultrasonic transducer to produce an ultrasonic wave of 28,000 cycles per second with a wavelength of 12.14286 millimeters, which it beams at a reflector situated at the top of the rig.  Once the wave is set, you can drop any tiny objects onto its path to watch the item magically float in mid-air.  It uses 70-watts of power to produce the effect.

Since this is designed as a desk toy, you can’t really float large objects like a CLM Floating Shelf.  Tiny items like morsels of food, tiny plastic toys, and crumpled up bits of paper should be fair game, however.  Oh yeah, it’s designed as an open source hardware, so those who pledge for a unit will get the complete plans to the transducer for use in their own levitating projects.

A Kickstarter campaign is currently running to fund the Sonic Levitation Machine.  Pledges to reserve a unit starts at $119.