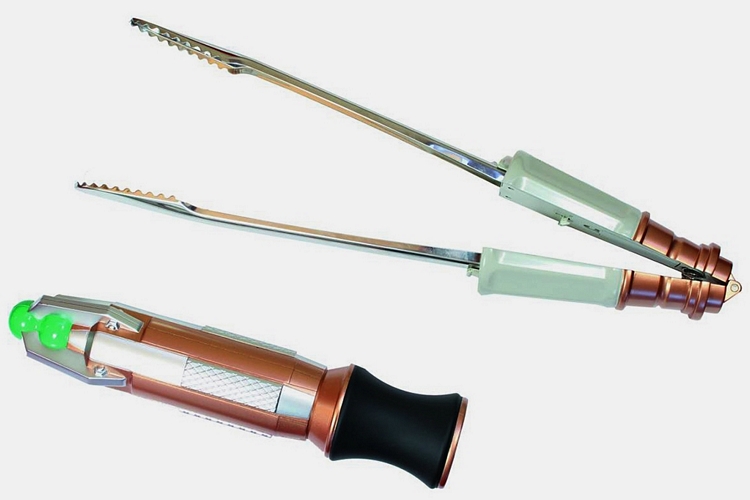 I’m not really a big fan of Doctor Who, but I do love the sonic screwdriver. I mean, how can you not adore an iconic multi-tool that can do everything from picking locks to disarming weapons to destroying those creepy Weeping Angels that kill people by sending them back into time? Seriously, if it was real, it would have been number one in our list of the best multi-tools. It’s such a powerful multi-tool, you can even use it to turn burgers on the grill. At least, that’s the case with the Sonic Screwdriver Barbecue Tongs.

Made by Underground Toys, the officially-licensed kitchen tool won’t quite display the same versatile functions as the original sonic screwdriver. It won’t burn through objects, conduct teleportation, or track alien life, but it will let you turn burgers on the grill with the prowess of a centuries-old alien who travels through space and time. Or something like that.

When closed up, the Sonic Screwdriver Barbecue Tongs look exactly like its namesake weapon from the long-running sci-fi franchise, complete with the green light at the end and non-functioning metal claws. The upper half of the tool, though, is actually a storage case that you pull out to reveal a pair of barbecue tongs. Features include metal construction for the tongs, a heatproof handle, and onboard sound effects (requires two AAs) that mimic those from the actual tool in the show. It measures 22.5 inches long.

Slated for release in September, the Sonic Screwdriver Barbecue Tongs are priced at $35.99.