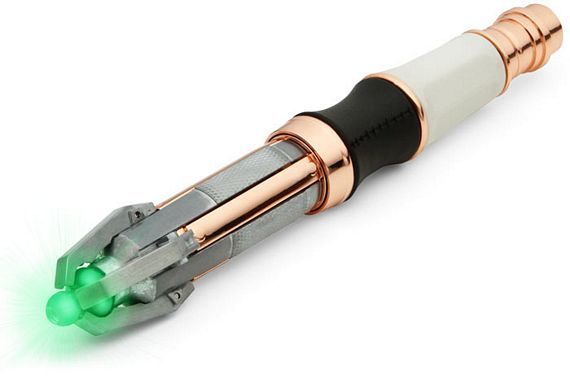 Remember the Magic Wand Remote?  Yeah, that was pretty awesome.  So awesome, in fact, they decided to make a new one.  Except this time, they dressed it up like Dr. Matt Smith’s Mark VII screwdriver thingie from Doctor Who.  Called the Sonic Screwdriver Programmable TV Remote, it’s an exact replica of the Eleventh Doctor’s powerful world-saving gadget.

Like the Magic Wand, this thing lets you control what’s on TV using a variety of gestures (e.g. rotating, drawing an X, tapping and more), whether you’re changing channels, increasing volume or bringing the TV viewing in your household to an abrupt halt. And it’s a universal, programmable remote, too, so you can employ it to summon other Earth-based electronics in your abode, like that Blu-ray player or that speaker system. 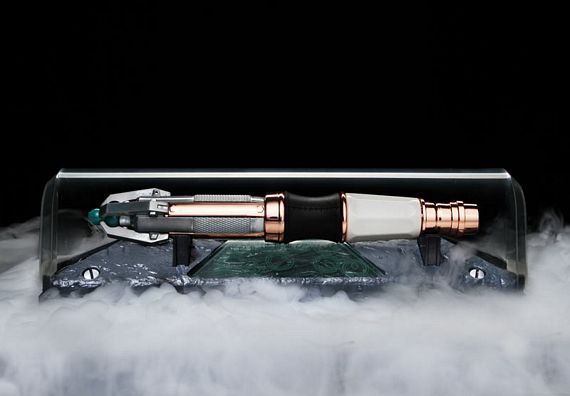 The Sonic Screwdriver Programmable TV Remote comes with 13 gestures and 3 memory banks, allowing you to store up to 39 different actions you can perform by merely waving the stick.  Each gesture comes with its own familiar Sonic Screwdriver sound, too, so you’ll really feel like you’re wielding the same famed gadget from the hit TV show.  Oh yeah, the tip of the remote lights up when in standby mode, giving it that undeniable sci-fi prop feel. 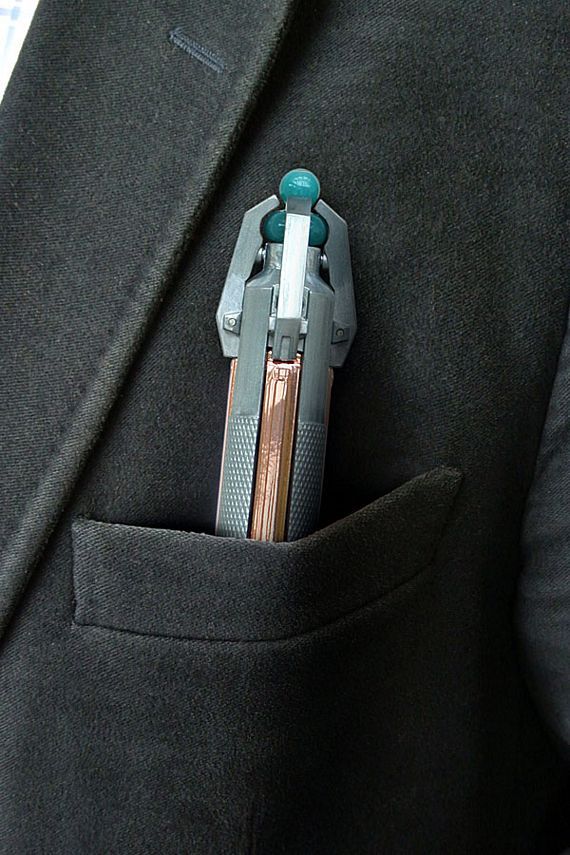 Construction is hand-polished die cast metal, plastic and copper plating, with the entire thing measuring 10.8 x 3 x 2.2 inches.  It comes with a personal lock code that will disable it from use by others who might not share your altruistic intentions.

You can catch the Sonic Screwdriver Programmable TV Remote on the floor at this year’s San Diego Comic-Con.  Thinkgeek has it on preorder, priced at $99.95.