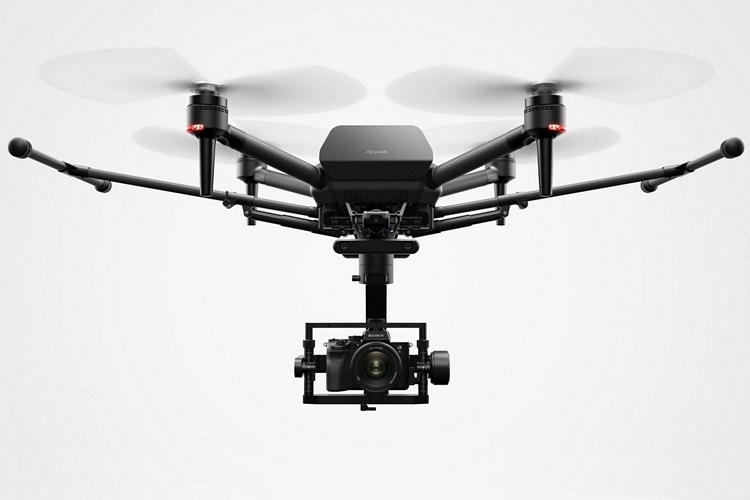 Let’s be honest – many of today’s camera drones are equipped with good enough optics they can get you terrific aerial footage. Problem is, most of those drones are fitted with cameras on par with the best actions cams out there. More discerning filmmakers will probably want something better. If you’re a fan of Sony’s Alpha line of full-frame mirrorless cameras, then you might want to check out the Sony Airpeak S1.

That’s right, Sony is now making drones. Specifically, a drone designed to mount any of the cameras in the outfit’s Alpha line to its integrated gimbal, whether it’s the awesome bang-for-buck camera in the a7II, the pro-grade a9, or the 8K-packing Alpha 1 flagship, so your next aerial footage can be taken with the same camera you use for everything else. The Sony Airpeak S1 is a filmmaking drone measuring 20.75 x 23.38 x 20.25 inches with the propellers folded and the landing gear deployed, so it’s quite big if you’re used to conventional consumer drones from brands like DJI, Yuneec, and Parrot. Everything was supposedly developed in-house, so everything is proprietary, from the propulsion and sensing tech to the flight control system, which means the outfit is pouring serious R&D into the category. This proprietary tech includes five sets of stereo cameras feeding input to the vision sensing processor, which uses advanced algorithms to estimate the aircraft’s spatial position and orientation at all times. Along with input from infrared ranging sensors, IMUs, and other onboard sensors, the drone is able to ensure stable flight even in areas where it’s unable to receive GNSS information.

According to Sony, the drone can stay airborne for 22 minutes without payload, although that goes down to a maximum of 12 minutes with one of the Alpha cameras mounted. We know, 12 minutes sound like an awfully short length of time, but that’s the downside with using a large drone with large cameras for payload compared to integrated camera drones. Of course, you’re going to get substantially better footage for your troubles. Maximum takeoff weight, by the way, is 15.35 pounds. The Sony Airpeak S1 can hit max speeds of 55.9 mph, so this thing can glide through your flight path at a satisfying pace, with the ability to go from standstill to 49.7 mph in just 3.5 seconds (without payload), so it doesn’t need a long time to get going either. It has a maximum angular velocity of 180 degrees per second, a maximum tilt angle of 55 degrees, maximum altitude of 8,202 feet above sea level, and resist winds of up to 44.7 mph. The drone comes with a remote controller for operation, although it also gets a companion app (iOS and iPadOS) that can do the same things. According to Sony, they designed it so two people can control the drone at the same time, with one person handling flight duties and another operating the gimbal, so a single pilot need not be overwhelmed trying to manage both in real time. There’s also a web app called Airpeak Base where youc an manage equipment, create automated flight paths, and maintain flight logs.

The Sony Airpeak S1 goes on sale in September, priced starting at $9,000.