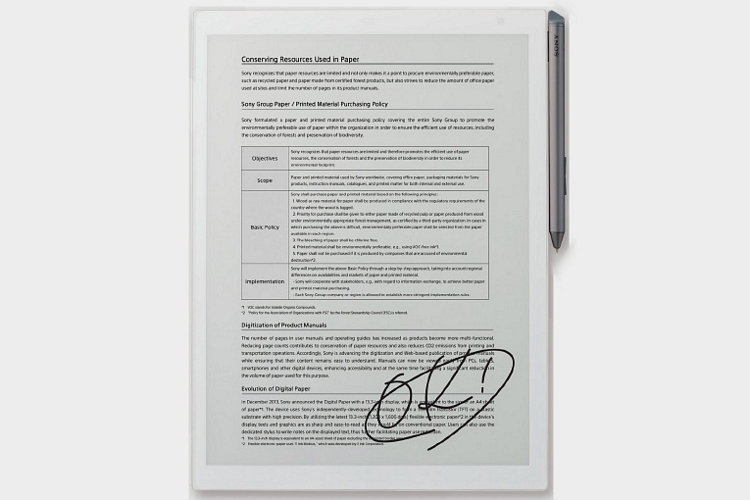 As big of a fan as we are of Sony’s original giant e-paper product, we have to admit: its limited functions and expensive price make it less-than-ideal for a lot of folks. The new version of Sony’s Digital Paper (model DPT-RP1) tries to make up for some of those shortcomings.

Like its predecessor, the device takes on a tablet profile sporting a massive e-paper display. Similarly, you can use it to read PDF files and jot down notes through the bundled stylus, making it a suitable full-time replacement for all the documents, printouts, and reports you’ll otherwise have to deal with in the workplace. 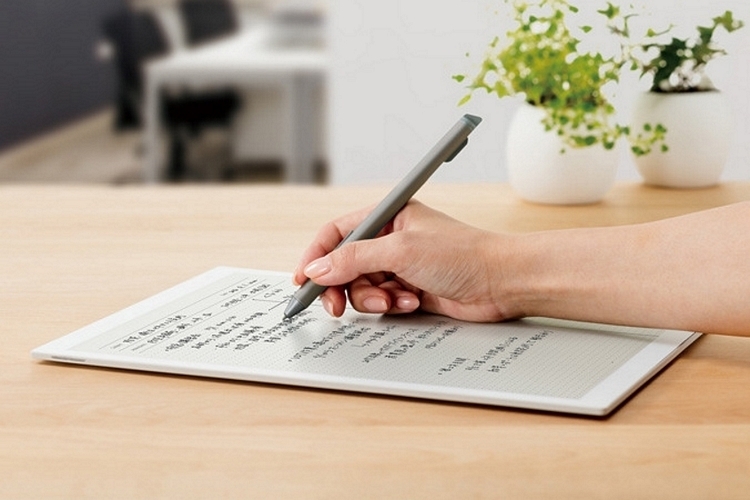 The Sony Digital Paper has a 13.3-inch display with a 1650 x 2200 resolution, a big bump from its predecessor’s 1200 x 1600. A non-slip surface should make writing on it feel a lot more like pen and paper, while a slimmer build leaves it at the same thickness as a stack of 30 leaves of paper. File format compatibility is still restricted to PDFs so you won’t be using it to replace your Kindle yet, although it comes with a bundled app that can automatically convert websites and documents into PDF format.

Features include 16GB of storage, Wi-Fi, Bluetooth, and a rechargeable battery rated at 5.5 hours. The app, by the way, is available for both Windows and OS X.