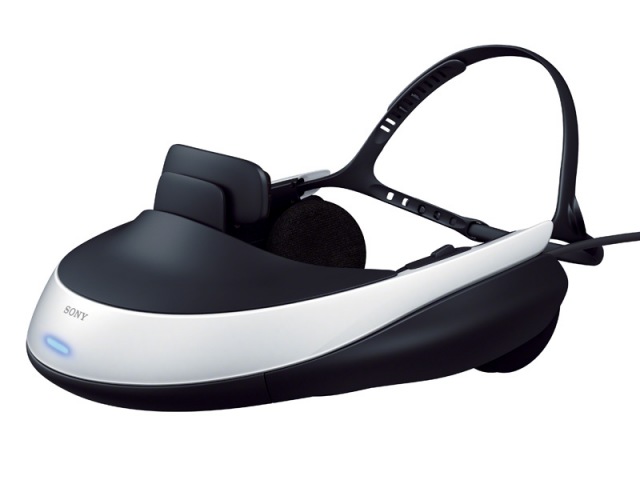 I am not a big fan of 3D movies.  Partly because it’s unnecessary extra cost.  Mostly, though, I really just can’t sit through one without throwing up (hence, my unadulterated love for 2D Glasses).   The Sony HMZ-T1 “Personal 3D Viewer” might leave me a convert, though, with its promise of 3D minus the headache-inducing crosstalk.

Instead of wearing stereoscopic glasses, you wear that monstrosity on the picture over your face.  The first of its kind (according to Sony, anyway), the headgear sports its own dual displays that feed the images directly to your eyes.  The images are separated before delivery (a different one for each eye), eliminating crosstalk and the head-spinning sickness that often accompanies hours of sitting through a stereoscopic performance. 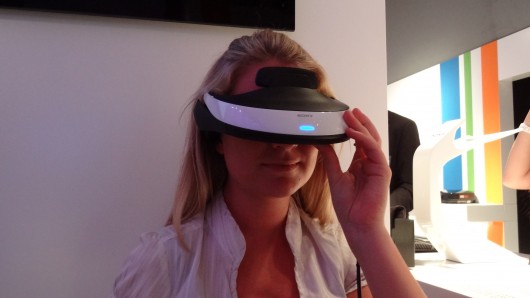 The Sony HMZ-T1 features two 0.7-inch OLED panels, each with a resolution of 1,280 x 720 pixels.  Sony claims the effect is like watching a 62.5 feet screen from 60 feet away, making for a theater-like viewing experience.  It also has integrated 5.1 surround sound speakers, blasting the audio directly to your ears.

To use, you have to connect the 3D helmet to its included processor (a box about the size of a PS3), which will then tether to your 3D source (like a Blu-ray player or a gaming console).  While this does sound like a sweet way to consume 3D content, the fact that you’ll have to do it alone sort of puts a damp on the whole thing for watching movies with family and friends.  For 3D gaming, though (which, let’s face it, you’ll be doing alone in your room most of the time), this could prove to be a more immersive option.

Japan gets first dibs on the Sony HMZ-T1 starting November, with pricing set at around $800.