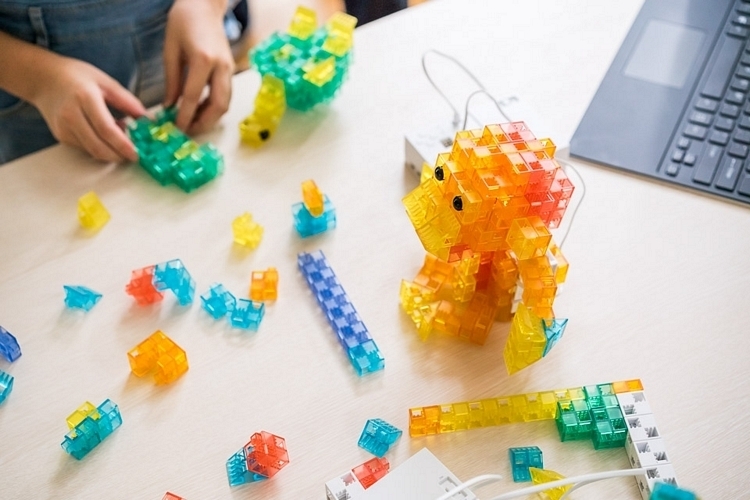 While we’re not completely sold on the value of teaching kids computational thinking at a young age, we have to admit, coding might very well become a critical essential skill for people going forward. So we guess it pays to have them wrap their heads around the concept as early as possible.

Over the last couple of years, we’ve seen plenty of STEM toys attempt to do just that. This time around, Sony tries their hand at the idea with Koov.

If the name sounds familiar, then you’ve probably read about Sony’s launch of the toys in Japan and China. And so far, it’s only been available in those places, although their audience seems to be growing in both areas, which is why the outfit decided to release a new English-language version of the toy. 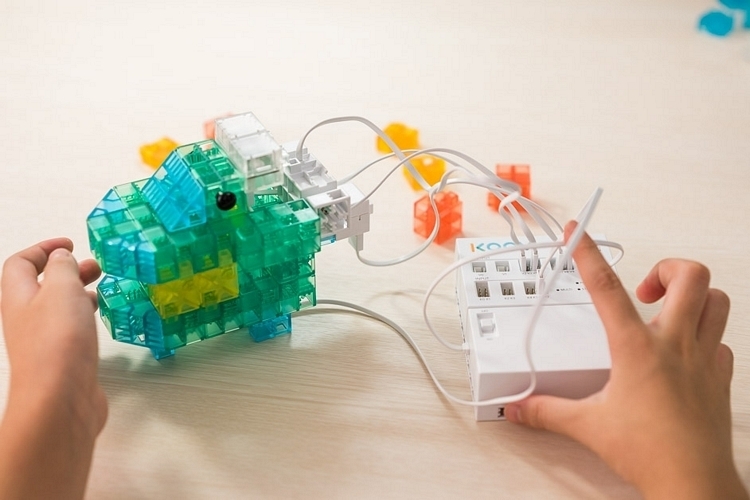 To the unfamiliar, the Sony Koov is a robotics kit that pairs colorful construction blocks with various electronic components, all of which are programmable via the companion app.  To distinguish between regular construction blocks and pieces with electronic components, the former comes in seven different colors (one color for each shape) while the latter is always clad in an all-white finish. All the pieces, both standard and electronic, can snap together via pegs and holes strategically located on the blocks, similar to traditional construction toys.

Electronic components that can also be snapped into your models include an accelerometer, an IR sensor, a light sensor, a push switch, a buzzer, LEDs, a DC motor, and a servo motor. To power your robot creations, you’ll need to hook each of the electronic components to the Koov Core, the control hub which houses an integrated Arduino microcontroller. Yes, they didn’t include a Bluetooth connection – a fact Sony found integral, as they believed hardwiring can help kids understand how the electronics work a whole lot better. 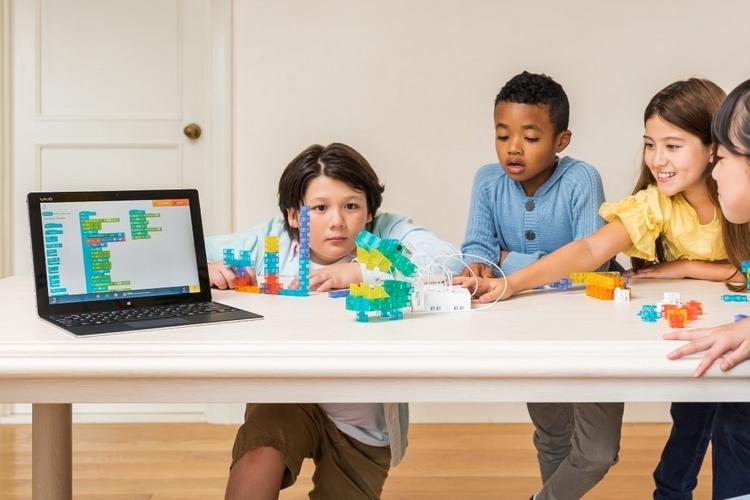 Using the app, kids can program the robots to behave in a variety of ways, respond to different triggers, and perform all sorts of actions. All this can be done via a drag-and-drop interface that should help kids more easily wrap their heads around programming concepts. Hands-on lessons are included in the app, of course, so kids get walked through from the ground up (it starts with defining “coding” and works its way from there), ensuring they won’t be overwhelmed or frustrated at any time. From the app, you also get access to the Koov community, where people share their original robot “recipes” that you can replicate using your own kit. With the English language version being launched with these, of course, don’t expect a lot of new recipes until after a while. 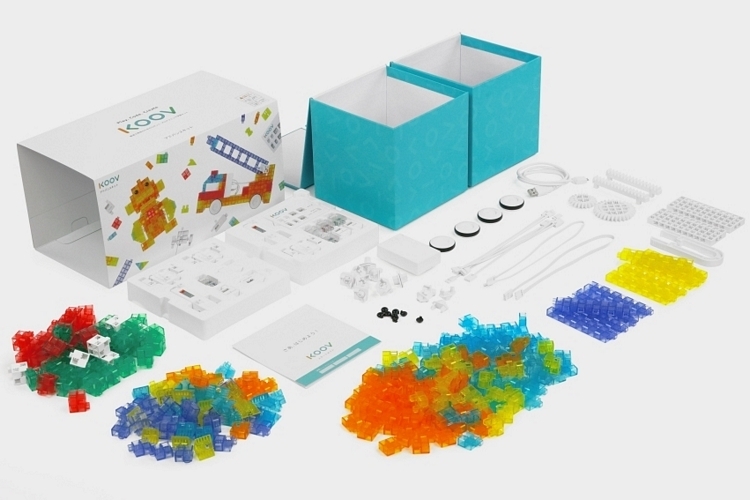 As they did in Japan, Sony is going the crowdfunding route for the Koov. Pledges to reserve a unit starts at $287. Since this is an established company, chances are good that your pledges won’t end up in vain as it usually does in so many crowdfunded projects.