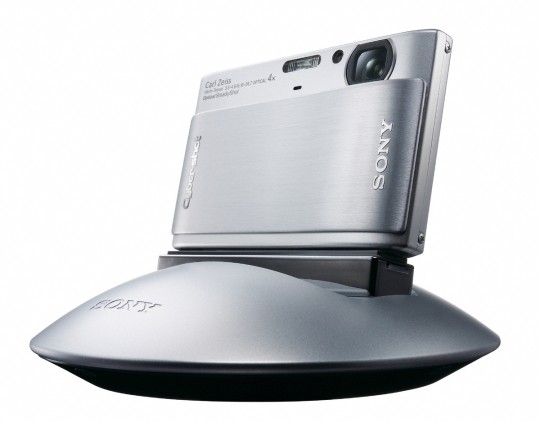 Hate playing photographer during parties?  Sony’s got you covered with the Party Shot, a camera mount that willfully plays robotic shutterbug, snapping candid scenes all on its own.

Capable of panning a full 360-degrees to catch revelers at all areas of the room, the Party Shot seeks out interesting scenes by using the camera’s face detection capability.  Once it catches sight of some people, it will tilt the mounted camera along a 24-degree axis, adjust the composition (via rule of thirds) and automatically trigger the zoom function till it finds the best shot available.  It will then wait for the smile detector to perceive signs of white teeth showing before tripping the shutter. 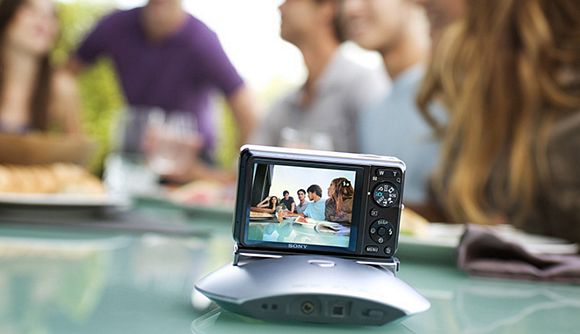 It will initially work with only two camera models, namely the just-launched Cyber-shot DSC-TX1 and DSC-WX1.  Expect Sony to include compatibility with all new point-and-shoots they put out, though, as this seems like a rather nice idea.  It powers up via two AA batteries (good for up to 11 hours), with an optional AC adapter also available.

Truth be told, if the Party Shot takes as good shots as Sony claims, it will prove itself an infinitely useful device.  Party photos usually suck, especially when taken by already half-drunk revelers themselves.  Even  with a robot brain, this thing should manage just a little bit better.

Since the robot won’t discriminate all that much, either, you’re pretty much guaranteed to end up snagging even more precious candid shots that you can use for both blackmail and social network amusement.  It may not be a sure hit, but the Sony Party Shot sounds like as good a robot photographer as you can find today.   Watch for it hitting retail stores in September for $150.