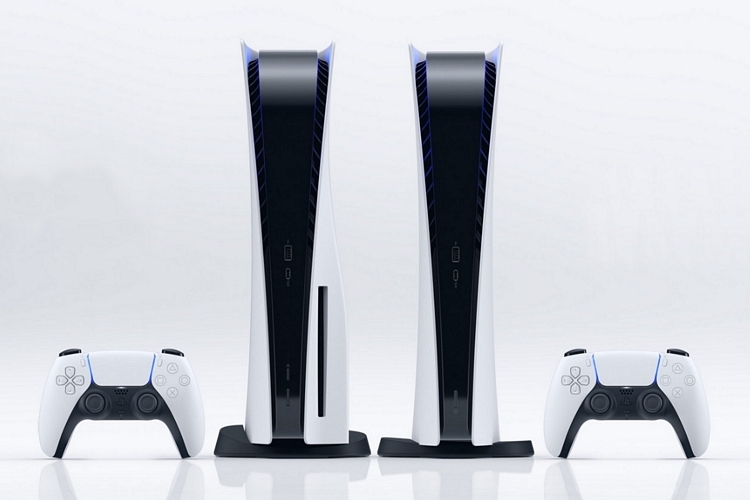 As you’ve probably known for a while now, 2020 is the year of the next-gen game consoles, with both Sony and Microsoft dropping the newest iterations of the Playstation and Xbox, respectively. Last week, we looked in detail at what Microsoft is bringing with the Xbox Series X and Series S. This week, it’s Sony’s turn with the Playstation 5.

Last generation, the PS4 ended up the clear winner. This, despite the fact that it cannot play discs from the PS3, PS2, and the original Playstation – a glaring disadvantage over the Xbox One’s backward compatibility with many titles from previous generations. Some people take this as a sign that popular, highly-acclaimed exclusive games, something Sony had in their stead, are the true lifeblood of game consoles. Others point to the fact that Sony just priced their console better (Microsoft bundled the Xbox One with a Kinect, which made it more expensive). The more nuanced take, however, singles out Microsoft’s mistake in trying to market the Xbox One as something more than a game console when, fact is, most people just wanted a box that can play modern games.

This time around, the field appears to be more even between the PS5 and the Xbox Series X. Both consoles are being marketed, rightly so, as gaming machines. Both can play games from the previous generation just fine. Both appear to be pricing their machines in a similar manner, too. 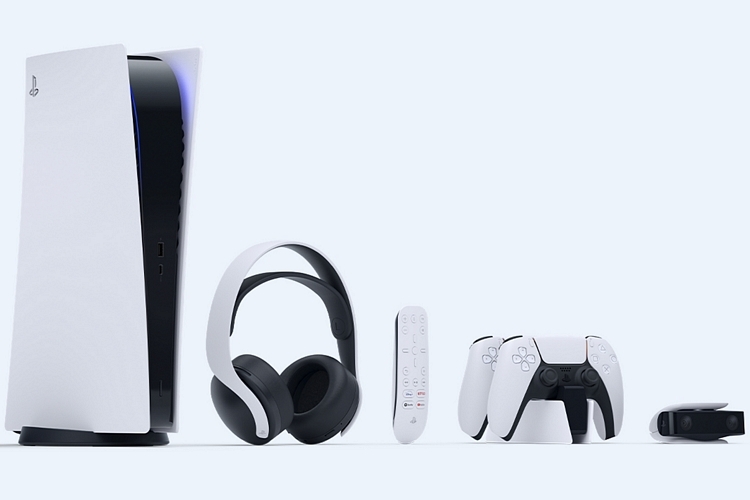 The Playstation 5 will come in two editions: standard and digital. Unlike the Xbox, hardware is exactly the same for both variants, with the only difference being the presence of a Blu-ray disc drive on the former.

The PS5 digital edition is noticeably slimmer than the standard edition, a direct result of ditching the Blu-ray drive. Other than that, though, both consoles look similar and neither one looks like a desktop tower the way the Xbox Series X does. Yes, it can easily fit in the same place where you currently keep your PS4 (edit: turns out, that’s probably not the case, as new live photos show it’s significantly larger).

Off the bat, the PS5 is clearly less powerful than the Series X. Both the CPU and the GPU clock less power, while the storage is also smaller. There’s also no optional fast storage expansion as Microsoft offers with their expansion cards. 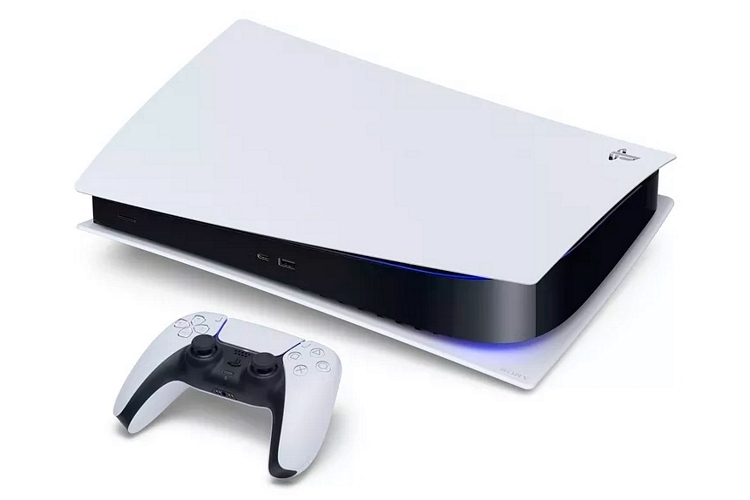 The Playstation 5 can render up to 8K, although most games will probably top out at 4K for the current generation. It does have the option for that higher resolution if 8K becomes the living room standard sometime in the next few years, although we doubt it’s built for that level of graphics. As such, expect to get 4K at 120 fps for most games coming out on the PS5.

Probably one of the biggest buzzwords for this generation is “raytracing,” which simply refers to the rendering of light and its interaction with objects in real time. In this implementation, it is aided immensely by the GPU, essentially making it easier for devs to make more realistic-looking scenes. When done correctly, this makes scenes look incredibly more realistic, with shadows, reflections, and glares that feel exactly like how you experience them in real-life.

They also use a tech called Tempest 3D, which applies the same raytracing concept to sound. Basically, it traces the sound waves as they move through the environment and bounce off objects, essentially creating audio that’s more life-like. From what we can tell, these are software-based, rather than hardware-accelerated, solutions.

One of our favorite technical elements for this iteration is “selective installs.” You know how you wanted to play Warzone but had no patience for the 130GB (or more) installation it required, most of which had nothing to do with the battle royale mode you liked? The PS5 solves that by letting you install only parts of the game you want to play. Just want the online, don’t care about the campaign? You can now install only the online modes. Same for those who want just the offline campaign and none of the rest. This alone could make the 825GB storage sufficient for a core selection of games you frequently play.

At launch, around 100 PS4 games will be playable on the PS5, although that’s expected to grow in the months going forward, with majority of the 4,000 or so last-gen titles likely to be compatible with the new machine. And yes, the games are supposed to get higher resolutions and better frame rates. The PSVR headset will also be fully compatible with the PS5. 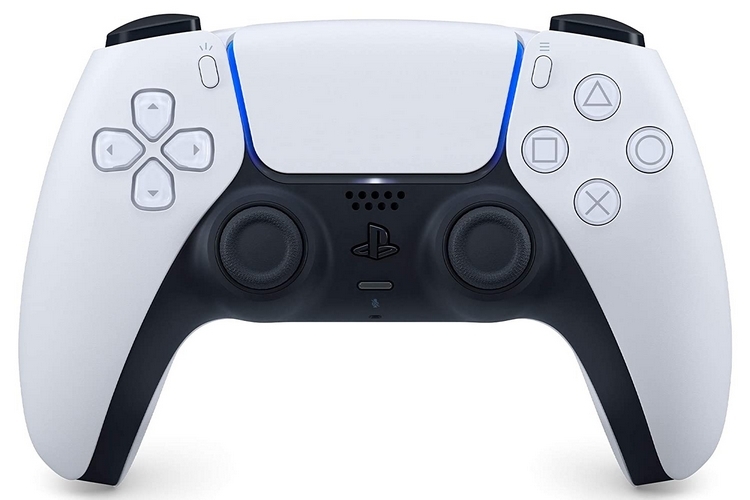 The new controller, called DualSense, is noticeably different compared to the last-generation’s DualShock 4. While they sport the same layout, the shape and two-tone color scheme make it such that it bears an entirely different aesthetic. The PS5 controller also gets an improved speaker, an improved mic array, and a new position for the light bar (now, on the sides of the touchpad).

There are two big changes in terms of capabilities. First, it comes with a new advanced haptic feedback system, which puts two motors in the grip that can be programmed to vibrate in a wide range of patterns, allowing it to simulate a greater variety of haptic sensations for even greater in-game immersion. Next, the L2 and R2 buttons at the top of the controller are both programmable now. Billed as “adaptive triggers,” developers can now adjust the resistance for each one, allowing games to vary the feeling of pulling the trigger on a rifle from stepping on the pedals of a car. 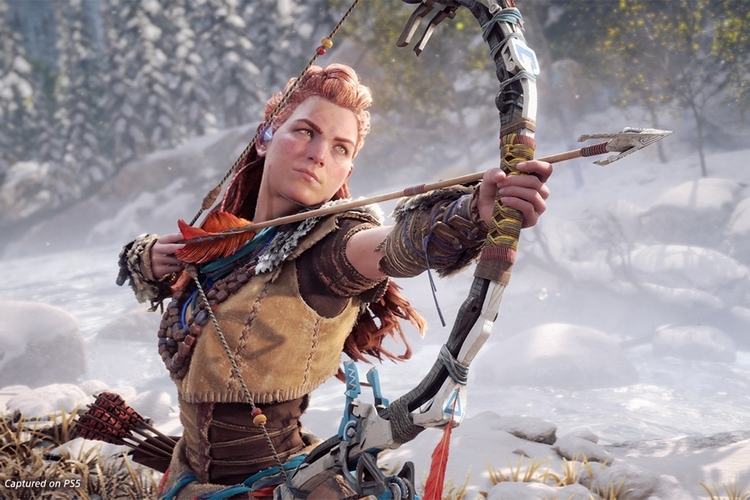 There are 10 exclusive titles currently lined up for the PS5. Sitting at the top of the list is Aloy’s return in Horizon Forbidden West, as well as a remake of the PS3 classic Demon’s Souls. There’s also Marvel’s Spider-Man: Miles Morales, Ragnarok, Astro’s Playroom, Ratchet & Clank: Rift Apart, Returnal, Sackboy Big Adventure, Destruction All Stars, and Gran Turismo 7.  So yeah, Sony’s streak of exclusive releases will continue with the next generation.

Sony’s Playstation Plus service will now have a small library of games that any subscriber can download and play at any time, as opposed to requiring users to secure the games for the 30 days or so they are free to get from the store. At launch, this library will include some of the most popular PS4 games, including The Last of Us Remastered, Batman Arkham Knight, Bloodborne, Monster Hunter: World, Fallout 4, God of War, and a few others.

WHICH PLAYSTATION 5 ARE YOU GETTING?

If you own game discs (or plan to buy them), you’ll want the $499 PS5 Standard Edition. If you prefer sticking to digital downloads, though, you can save a cool hundred bucks and get the $399 PS5 Digital Edition instead. The console comes out November 12 in the US, Canada, Japan, Mexico, Australia, New Zealand, and South Korea, with the rest of the world getting it a week later on November 19.

Oh yeah, there was a brief preorder period last week across multiple online merchants, but that’s all turned into a mess as more people placed orders than Sony anticipated, so stay tuned for when they’re able to resume that.