Forget The Smartwatch, Keep An Eye On Your Phone With Sony’s SmartEyeGlass 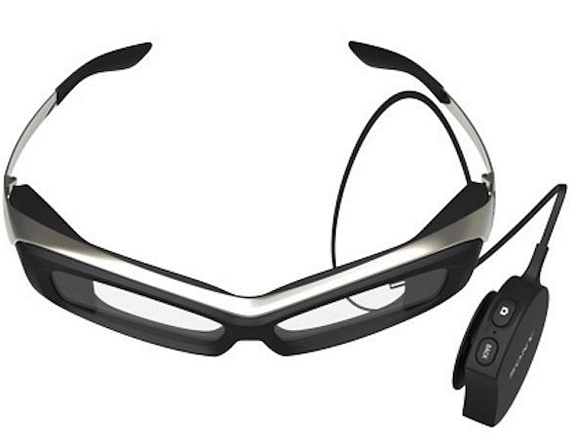 Because everyone thought Google Glass was ugly, yet still had people buying and wearing it even without the appearance-softening Titanium Glasses, Sony is also releasing its own face-mounted wearable.  Called the SmartEyeGlass, it’s a pair of connected glasses that, to put it nicely, makes Google Glass seem like the pinnacle of stylish design.

The good news?  When worn on the face, it looks like a chunky and excessively wide pair of glasses, rather than a futuristic ensemble that makes you look like a cyborg soldier.  You know, the kind you wear to make people think you’re trying to be funny or something, so instead of creeping people out, they might actually end up feeling sorry for you.  And, yes, that could be a good thing. 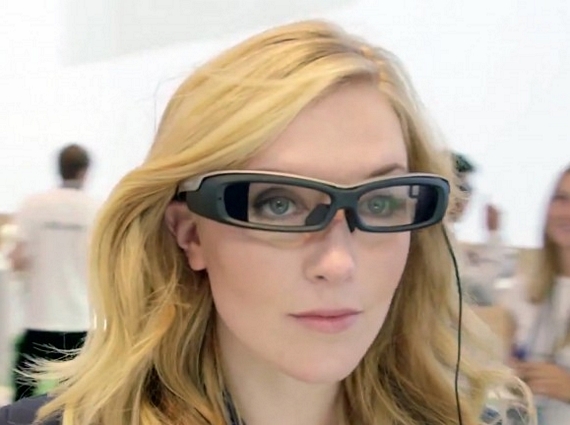 The Sony SmartEyeGlass pairs with Android smartphones (4.3 or later) to provide context-aware information using an integrated heads-up display (HUD).  While the feature set will be expanded as it gets closer to production, the current prototype can be used to deliver notifications (much faster than having to glance at a watch), get driving directions, and browse websites hands-free (useful for reading recipes and such).  It uses what Sony describes as a “hologram optics technology” for the lenses, which gives it 85 percent transparency while measuring just slightly over a tenth of an inch in thickness.   Display is only monochrome, but it will be readable in a wide variety of environments. 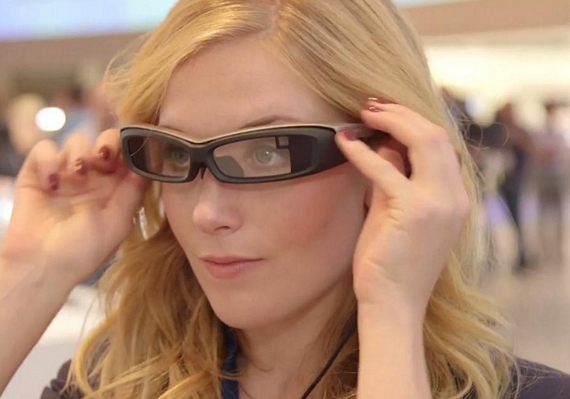 Aside from the HUD, it comes with an assembly of sensors (accelerometer, gyro, compass, light sensor) and an onboard 3-megapixel camera.  There’s also a tethered control panel that you can clip onto clothing, with a built-in mic, touch sensor, and a rechargeable battery.

For now, the Sony SmartEyeGlass is still in prototype mode, with a demo device aimed at developers slated to release in early 2015.