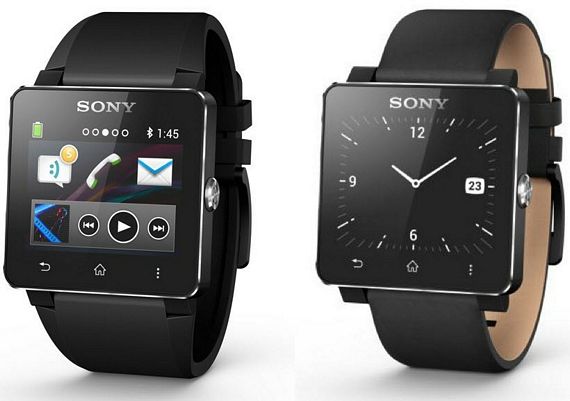 While it looks like upstart companies are the ones taking the reins when it comes to smartwatches, Sony is no stranger to the burgeoning wearable tech.  Today, they announced their latest effort in the space: the Sony SmartWatch 2.

Billed as “the world’s first water-resistant smartwatch with NFC connectivity,” the timepiece boasts IP57 compliance, ensuring it can keep out both dust and water as capably as the company’s semi-rugged smartphones in the Xperia line. It’s not a bad looker, too, sporting a square-shaped case covered in aluminum, with interchangeable rubber and stainless steel bands (both of which can, in turn, be swapped out for any standard 24mm strap). 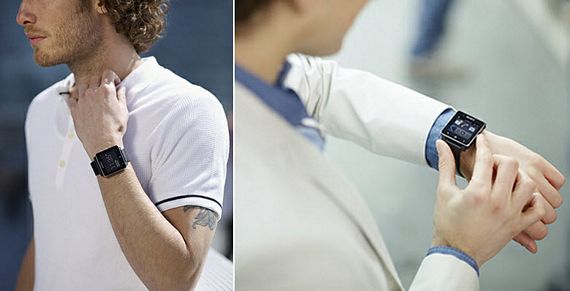 Like their original SmartWatch, the Sony SmartWatch 2 is designed to pair with your smartphone for receiving notifications, answering calls and various other mobile operations, essentially serving as a second display.  It features a sunlight-readable 1.6-inch display (220 x 176 resolution), built-in NFC connectivity (for one-touch pairing with your phone), and an onboard rechargeable battery.  The power, of course, lies in the apps, which include notifications (messages, emails, calendar, Twitter, Facebook and more), presentation controls, route mapping, fitness tracking, and more.  It can also be used to store emails and messages for offline access when not paired with a phone.

Granted, the new generation of smartwatches can do all this, plus run apps in their own ecosystem (e.g. Pebble Watch), so Sony isn’t bringing anything groundbreaking here.  Still, if you prefer your toys with a strong brand behind it and your smartwatch with a colored display instead of e-ink, this could be the best offering available.

The Sony SmartWatch 2 will be available starting September 2013.