Sony Vaio P Gets New Hardware Updates, Is Still Not A Netbook 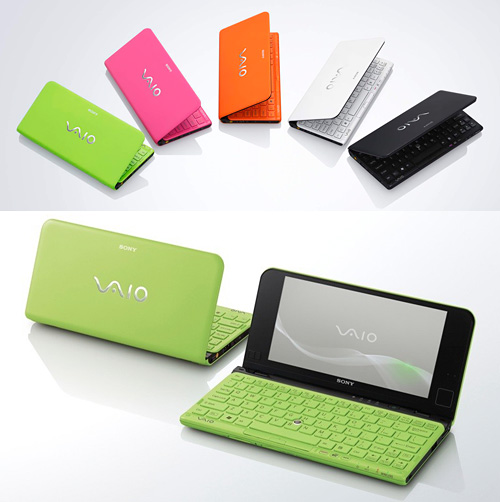 While everyone’s attention has turned to the iPad and its slate brethren, Sony will try to steal some of that thunder for its ultra-portable computer (that, you know, isn’t supposed to be a netbook). The company just announced a more feature-packed upgrade for the Sony Vaio P Lifestyle PC, giving it capabilities that further blur the line between all the different handheld gadgets you carry.

If cramming Windows 7 into this cute slab wasn’t enough to make it your on-the-go computer of choice, some of the newer features might. According to the company, the device has been redesigned to be usable even if you’re standing or walking, allowing you to handle the controls by using your thumb like with an oversized smartphone. To facilitate it, they threw in touchpads on either side of the display, eliminating the need to reach for the optical trackpad right on the center of the keyboard.

That’s just the tip of the changes, though. The Sony Vaio P is now a seriously portable machine, by way of an integrated compass and GPS, providing another option that gets rid of your dedicated GPS slab. A brand-new VAIO Location Search software comes pre-installed, displaying your real-time map position and orientation, together with nearby Points of Interest and local weather conditions. It also gets 3G connectivity, along with the previous WiFi and ethernet, so you get more opportunities for hooking up to a broadband network. Core hardware consists of an Intel Atom Z540 chip, 8-inch 1600 x 768 display, 64GB SSD and 2GB of RAM.

Just to keep you from buying a different device as an ebook reader, Sony has outfitted the not-a-netbook computer with accelerometers, so you can turn it on its side like a book. Granted, it’s going to be a very thin book, but the posture should feel more natural. Killing off any hope that this can be a real on-the-go computer, though, is the fact that the battery is only rated at up to 5 hours, which should dwindle further down to about half in actual use.

No pricing yet, but the new Sony Vaio P Lifestyle PC is slated for availability beginning June in bright, candy-like colors. Expect to pay a bundle.