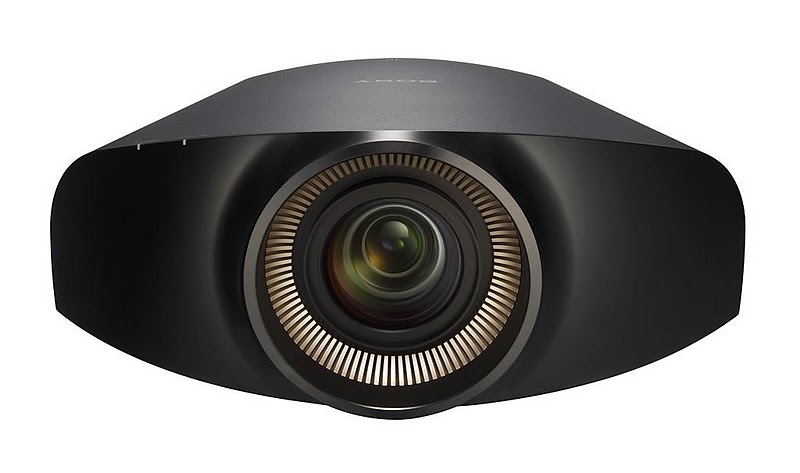 We have no idea when we’ll actually be watching movies that take advantage of this thing, but the Sony VPL-VW1000ES puts every home theater projector you’ve had to shame with its ultra-detailed 4K resolution.  Yep, that’s 4,096 x 2,160 pixels blowing up every pore in your videotaped face across a giant screen.

With over four times the resolution of regular HDTVs, the new system is aimed at hardcore enthusiasts who want the most immersive custom installation they can come up with.  Granted, most of the videos in your current media library won’t exactly take advantage of  the huge count in picture elements yet, but it’s got a built-in upscaler for beefing up paltry 1080p images into glorious 4K displays.

The Sony  VPL-VW1000ES 4K front projector employs an all-new SXRD panel for “outstanding deep blacks” that combines with Sony’s Iris3 technology to enable a 1,000,000:1 contrast ratio.   If 4K 3D is the thing you’re most looking forward to, that’s not a problem, as it comes with active shutter 3D glasses that will communicate with the integrated IR transmitter.  Yes, it’s compatible with all backwards technology, too, so those HD 3D content (as well as 2D and 3D anamorphic films) you’ve got will be handled without breaking a sweat.

With 2,000 ANSI lumens of brightness, it doubles the output of Sony’s previous best efforts, allowing it to project on screens up to 200 inches in size.  Installation options are aplenty, with  dual triggers, a 2.1 motorized zoom, expanded throw distances, an RS232 interface, control over IP and integration with home automation systems all on the docket.