SOOT Modular Backpack Can Charge Your Gadgets For Upto 2 Weeks 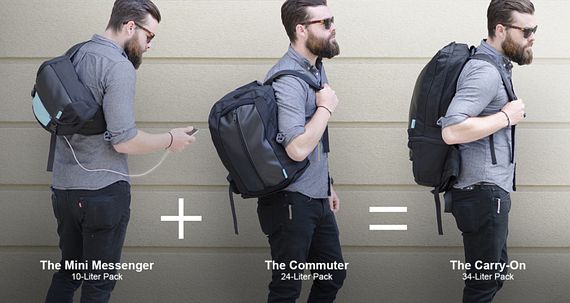 Bringing a large travel backpack is par for the course when spending an extended amount of time on the road.  What sucks is having to carry the same massive pack when all you need is a couple of things for a day trip during the same vacation.  Won’t be a problem if you use the Soot Electropack.

A modular backpack, it starts out as a full-size travel bag called the Carry-On that can hold a full 34 liters of gear.  That’s a lot of change in clothes, a bunch of gadgets, a load of food, and a whole load of other supplies you’ll need wherever your next trip takes you. 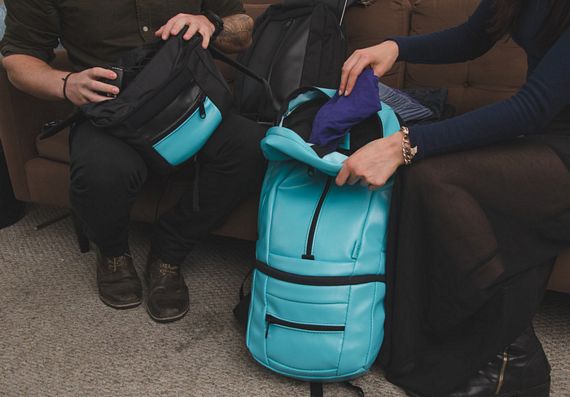 Once you’re sitting pretty in a swanky hotel, muddy camp, or seedy motel in the middle of nowhere, simply unpack your things and break up the Soot Electropack into two bags: a smaller 24-liter backpack called Commuter and a 10-liter pack called Mini-Messenger.  Whether you’re looking to explore the backcountry, spending an afternoon at the beach, or seeing the local sights, you have two options in smaller, lighter packs for taking along with you. 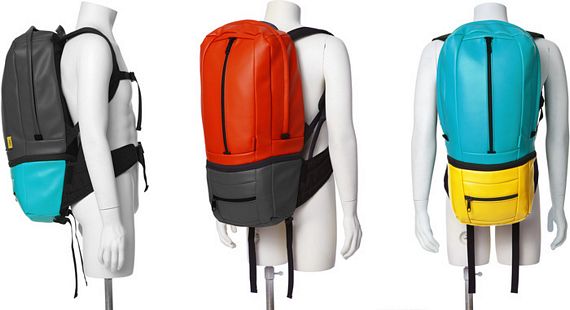 Aside from the modular function, the bag comes with two SOOT 10,000 mAh batteries (one on the Commuter, another on the Mini-Messenger) with a pair of USB ports each for charging any of your USB-powered gadgets on the road.  Just make sure to keep the batteries juiced before leaving the house or the hotel, and you’ll never run out of charge for your phone, rugged mirrorless camera, or USB camping lights again.  The batteries are removable, too, so you can take them out if you’d rather travel lighter during the day trip.

The Soot Electropack is currently raising funds for a production run on Kickstarter.  Pledges to reserve a full set starts at $239.