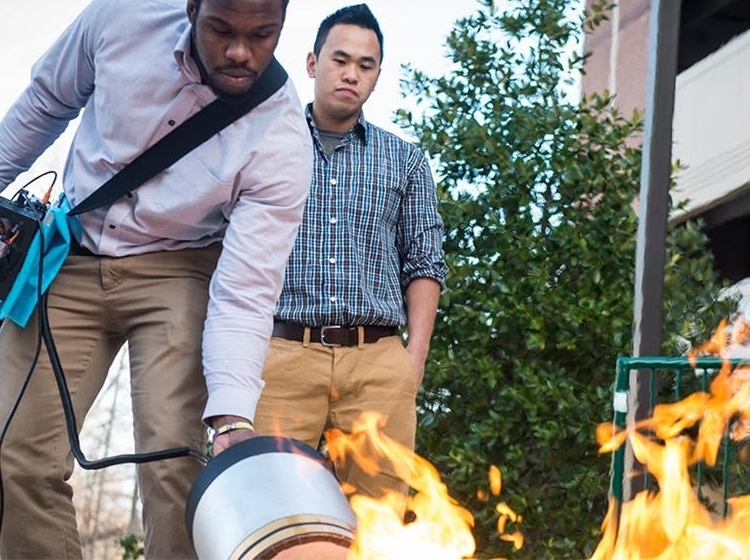 Scientists have long been experimenting with using sound waves to stop fires. So far, though, no one’s been able to shrink the devices capable of squashing a blaze into a truly portable size. Until now, that is, with the new Sound-Blasting Fire Extinguisher created by a pair of undergrads from George Mason University.

Engineering students Viet Tran and Seth Robertson are behind the invention, which floods a site of fire with low-frequency sound waves in the 30 to 60 hertz range to agitate the air around the flames. Yes, that thump-thump bass sound qualifies in that low frequency range, so it’s not that far-fetched to imagine your favorite hip-hop record squelching fires (maybe, just a little far-fetched). 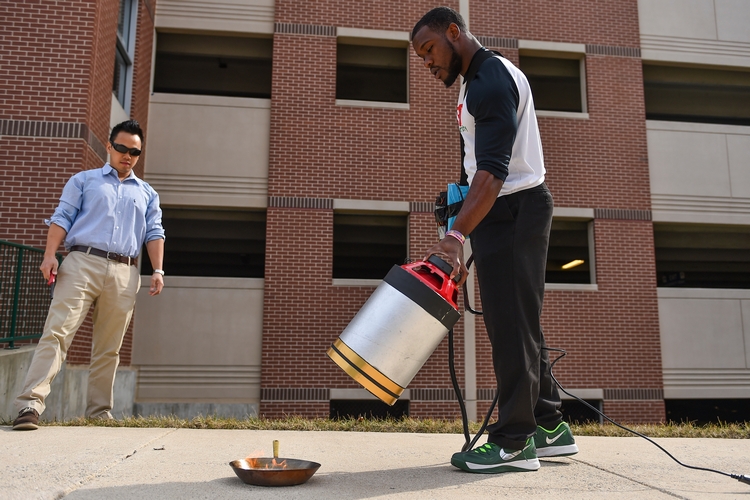 The Sound-Blasting Fire Extinguisher consists of a large handheld gun (about the size of a giant megaphone) that’s connected to a device strapped to a person’s body, allowing it to be carried around in a portable manner. It’s also reasonably light at 20 pounds total weight for all components, so even puny weaklings should be able to use it without much trouble. Since it releases nothing but sound waves, it gains a distinct advantage over existing firefighting solutions, removing the harsh chemicals involved in fire extinguishers and the soaking-wet collateral damage that inevitably occurs wherever water is involved. The duo believes their design, once properly scaled, can be mounted to drones as a safer alternative for containing forest fires and urban blazes.

For now, the device can only put out small fires started using an alcohol accelerant, with the duo looking to pursue further development in using it to stop other types of fire.