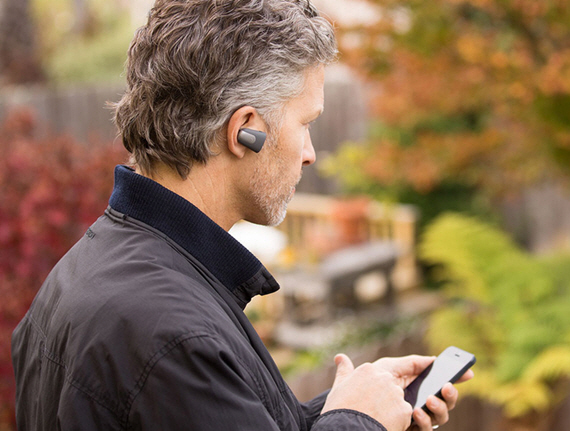 At first glance, the Soundhawk looks nothing more than a regular Bluetooth earpiece for conducting hands-free calls.  And while it does that, it brings something else to the table, having been designed to give its wearer superhuman hearing abilities.   Well, sort of.

While it can’t exactly bestow you with Kryptonian levels of superhearing powers, it will amplify the things you want to hear and quiet down those you don’t, allowing you to better sort out what the girl you just met at this ear-splittingly noisy club is actually trying to say.  As you suspected, it’s a whole lot of drunken nonsense, but we both know you’ll pretend to enjoy the conversation anyway.  Good luck, player. 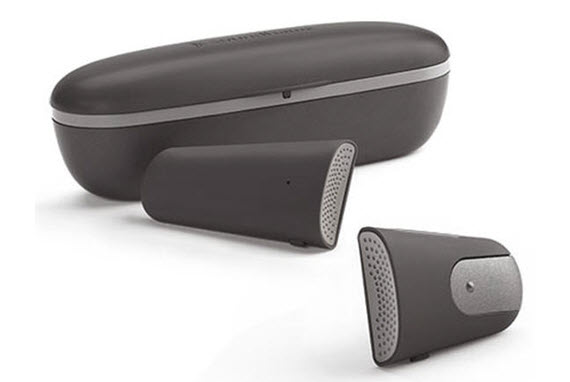 Described as a “smart listening system,” the Soundhawk consists of two components: the Scoop and a separate wireless mic.  Scoop is the earpiece that plugs into your ear while the wireless mic does the job of picking up sound within the vicinity.   You can strap the mic anywhere on your clothing, as well as set it down on a place where it can pick up the sounds you want to hear more clearly.  It can stream sound it picks up to the Scoop at a maximum distance of 35 feet, so you can totally use this as a spy mic of sorts for whatever purpose it might serve you.  And, no, we don’t want to know. 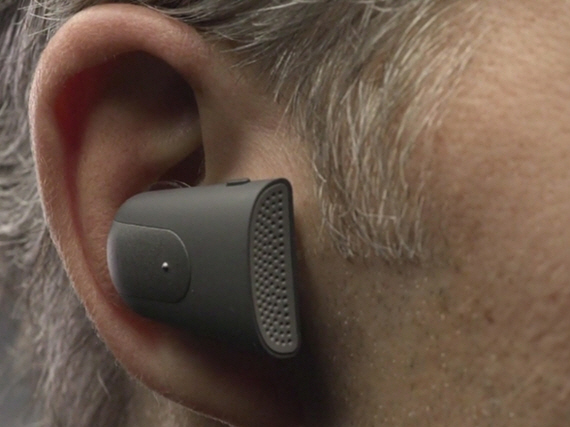 It works in tandem with a mobile app where you can calibrate the acoustics of particular listening environments, so you can customize it to hear exactly what you want.  While it sounds awfully like a hearing aid, it’s actually being marketed as a way to solve situational hearing issues, like during social gatherings, at construction sites, and along noisy roads.  Plus, it can work as a spy mic, which I don’t think hearing aids can do too well.

The Soundhawk is now available for preorder with a summer ship date.  Price is $279.