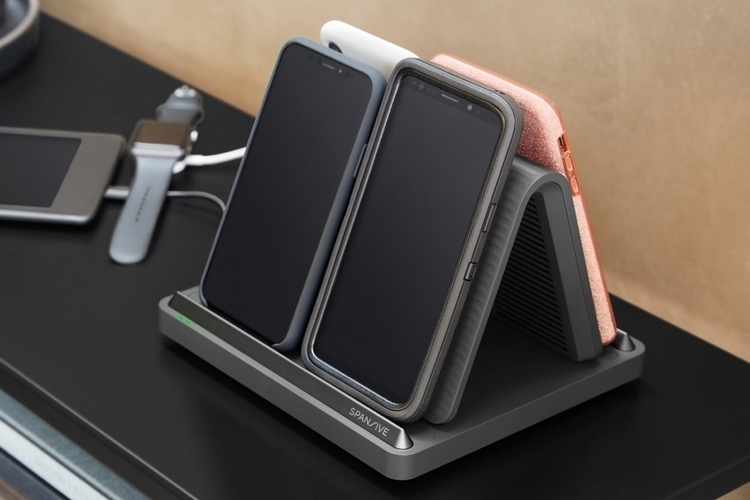 Wireless charging is awesome. It is, however, still inelegant, requiring you to position your devices precisely, such that the charging components perfectly line up. This strict requirement has made it quite the challenge to create wireless chargers that can power multiple devices at one. At least, that was the case for a while. That changes now with the Spansive Source, the first multi-device wireless charging hub.

You know how Apple promised a charger that can wirelessly power your iPhone, AirPods, and Apple Watch simultaneously? Yeah, they gave up on that just a few weeks ago. Fortunately, someone else took the mantle, effectively pushing wireless charging tech just a little bit further forward. 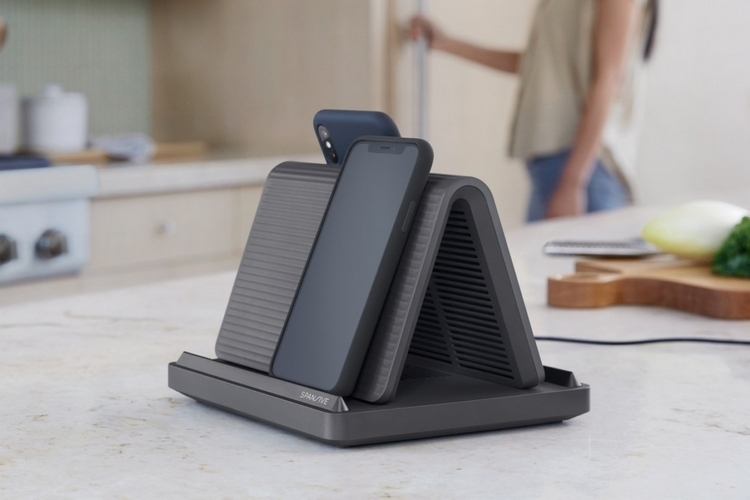 The Spansive Source takes on the form factor of a wide two-sided stand, allowing it to accommodate up to four wireless smartphones (two on either side), so an entire family can charge their phones all in one place. Unlike traditional Qi chargers that require you to align the charging elements precisely, the device eliminates the need for perfect device placement. Instead, its charging coils are stretched across the entire surface of the charger, with a custom algorithm adjusting the flow of power, depending on the device it detects. The outfit claims it can even charge through thick smartphone cases, so you can keep your phone wrapped in your favorite case without having it interfere with the charging.

It also comes with two USB slots for charging non-compatible devices, such as tablets, smartwatches, and any other rechargeable device you have at home. That way, you can keep it as your primary charging hub at home or in the office, since you can use it to power, pretty much, any consumer electronic device in your stash. 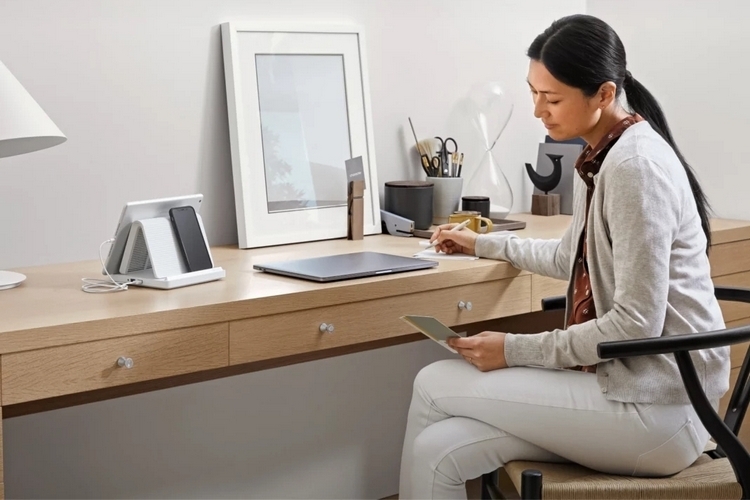 The Spansive Source uses the Qi standard, so it should, in theory, work with all wireless devices currently in the market, although the unique orientation has made it so they had to make compromises. As such, the wireless charging can only work with select Apple and Samsung smartphones at the moment, specifically all the variants of the iPhone 8, iPhone X, Galaxy Note 8, Galaxy Note 9, Galaxy S7, Galaxy S8, Galaxy S9, and Galaxy S10. We know, that barely covers the gamut of wireless charging devices out there, but it is definitely an acceptable start. 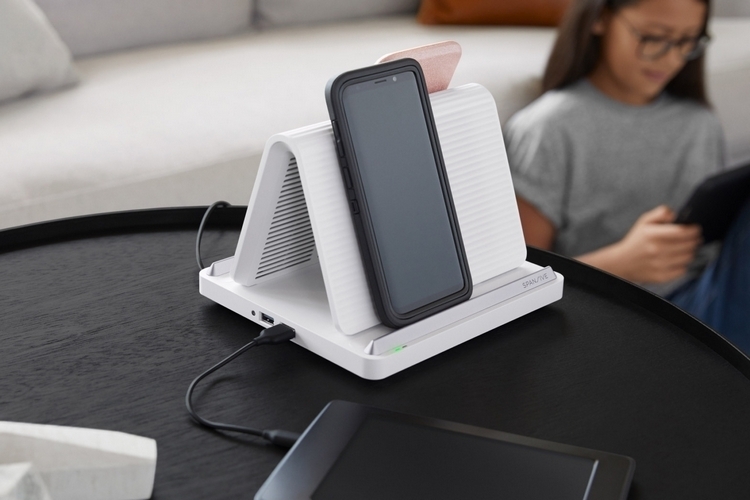 Because they use a software-based algorithm to control the way the device handles power, the way it functions can be altered using over-the-air updates (it has Wi-Fi connectivity). That means, it can be modified via software to support more devices going forward, which will definitely make it all that much more useful. Of course, it’s just a hopeful possibility that may or may not happen, so take that with a grain of salt. Now, if only someone else can iterate on the tech and build a charger that can power all sorts of devices wirelessly at the same time, life will be complete. Well, it won’t, but you’ll have so much more fun not having to deal with all those cables.

The Spansive Source is available now, priced at $189.