With The Sphero Force Band, You Can Control BB-8 Using Nothing But The Force 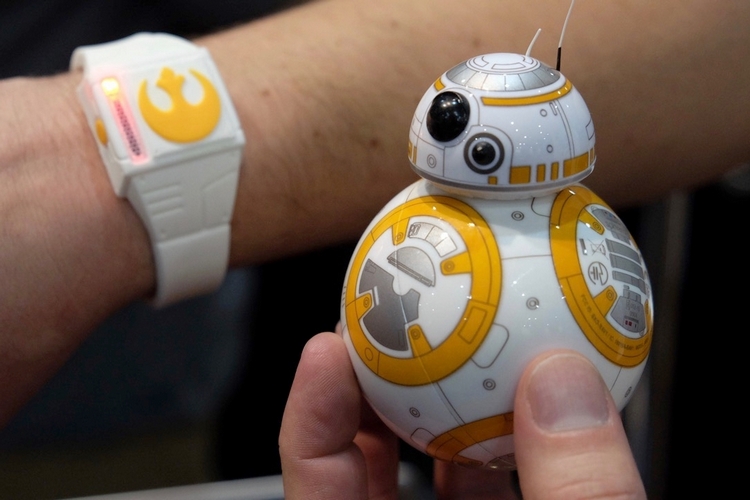 Controlling Sphero’s BB-8 droid with your phone is fun, but wouldn’t it be infinitely more awesome if you can control it with the Force like a real Jedi? That’s exactly what you’ll be doing later this year once the Sphero Force Band makes its way to our galaxy and lands at the shelves of the nearest toy store in your area.

A wrist-worn motion tracking device, it lets you direct the robot’s actions using simple arm gestures, making it feel like you’ve magically compelled the droid using some mysterious sorcery. That’s right, you no longer need to tap and slide on a bunch of virtual buttons on your phone, turning the experience of playing with BB-8 feel more like giving orders to a futuristic robot henchman. Yes, that’s a good thing.

The Sphero Force Band uses an array of sensitive gyroscopic motion sensors that track subtle arm movements and positions, essentially turning your arm into a versatile control module. You can, for instance, send the robot running away and towards you with simple push and pull motions, as well as trigger individual moves using other pre-programmed gestures. Aside from controlling the robot’s movement, the wearable also lets you control its head movements, allowing you to make the robot interact with people like a Force-controlled puppet of sorts. Oh yeah, it also works as a standalone control, so you don’t need an accompanying phone or app to operate BB-8 while wearing the band.

The catch? The Sphero Force Band currently on the floor at CES is still a prototype, with the final version not slated to come out until later in the Fall.