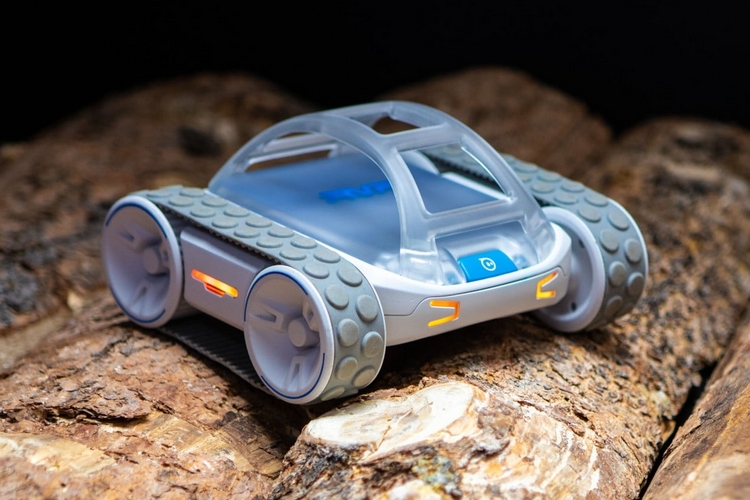 We’re big fans of Sphero’s robot toys, from their STEM-focused robot balls and mini balls to pop culture standouts like BB-8 and Ultimate Lightning McQueen. This time around, the outfit is turning their attention back to STEM with the Sphero RVR.

A programmable rover, the treaded automaton can be coded to perform a variety of rover tasks, from patrolling a room to towing a box of toys to battling each other in a robo-fight to the death. You know, fun stuff. With a gaggle of sensors and compatibility with many third-party components, you might even be able to make it do something useful if you’re really creative. 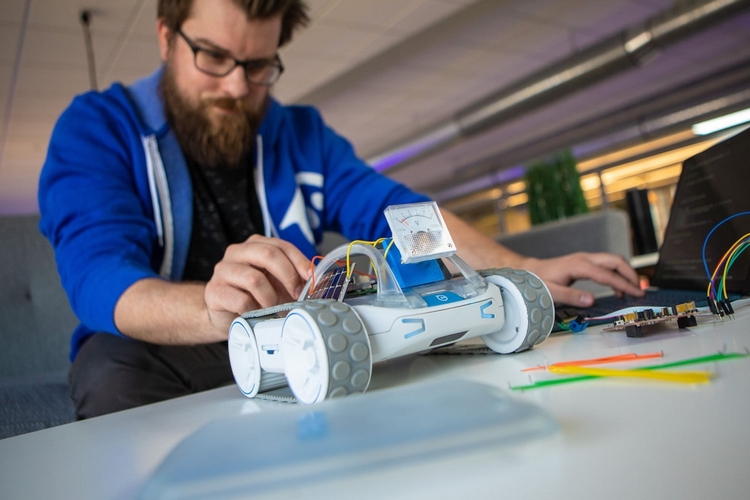 The Sphero RVR is a motorized rover, with ribbed treads (they call it hypergrip all-terrain) to let it drive across challenging surfaces, 20mm of ground clearance, and a vector-based control system that relies on high-res encoders and a nine-axis IMU to navigate surfaces in a precise and stable manner. That means, the wheels won’t just rotate based on how much raw power you send the motors, instead using those sensors and the integrated smarts to adjust to whatever it encounters, allowing it to expertly handle obstacles and uneven surfaces autonomously, with little additional coding necessary, allowing you to focus on more important stuff.

It has a balanced center of gravity for agile movement, while the wide stance enables stability on both steep angles and rough surfaces. To make sure it performs as durably as your favorite backyard basher, it even has high-precision involute gears (with vibration-dampening and noise-dampening), steel-reinforced axles, and, according to Sphero, enough torque to climb a wall. Well, we guess we’ll be seeing YouTube videos attempting that soon enough. 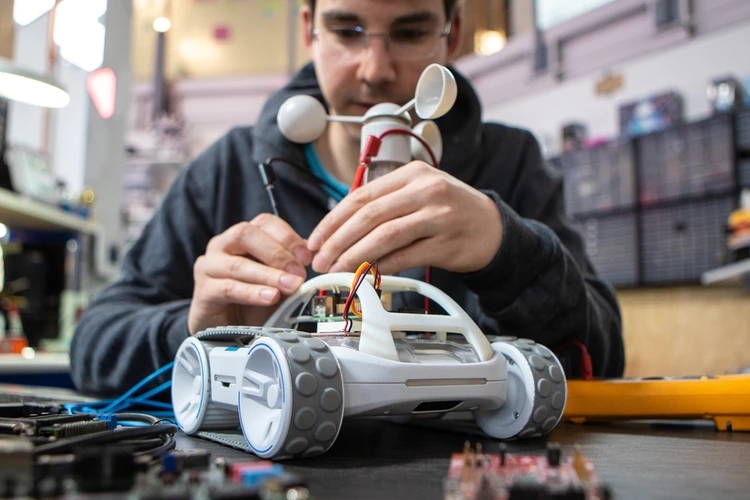 The Sphero RVR is equipped with a good selection of sensors, data from which you can use to inform your code, including a color sensor (mounted at the bottom), a light sensor, an IR sensor (so you can make the robots communicate, apart from enabling 360-degree sensing), a magnetometer, an accelerometer, and a gyroscope, all while being compatible with nearly any third party hardware in the market, from board computers (Raspberry Pi, Arduino, and more) and cameras to speakers and whatever other parts you need for your specific applications. All those third-party hardware, by the way, can interact with the robot over a 4-pin UART port, with the company promising SDKs for popular development platforms and even a low-level communication API for those who enjoy more hardcore coding tasks.

According to the outfit, the rover can run at speeds of up to 6.5 feet per second, which is pretty fast for what’s, essentially, a programmable toy. Combined with the off-road capability, this could very well make for a fun platform for autonomous racing buggies or something similar. It powers using a swappable and rechargeable 7.4V battery, which you can also charge via the integrated USB slot. Each full charge allows the robot to operate for up to two hours.

A Kickstarter campaign is currently running for the Sphero RVR. You can reserve a unit for pledges starting at $199.