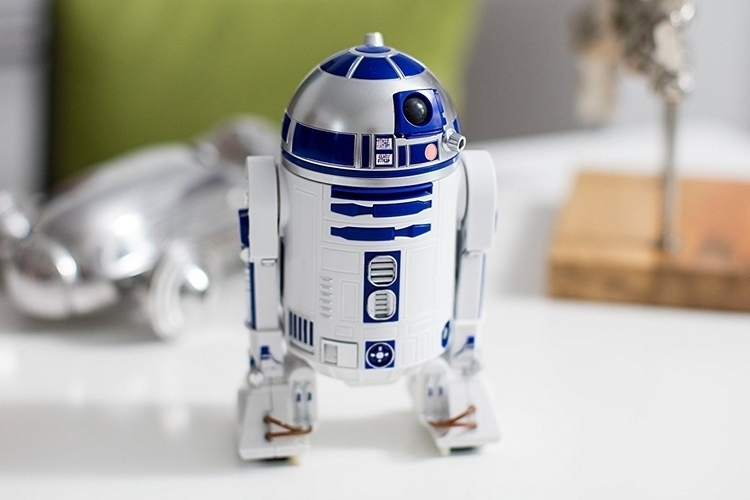 Sphero’s BB-8 has been one of the best toys we’ve seen in a while, but you have to admit, you do get over the novelty of the ball-shaped robot and its perpetually floating head. What better way to heat up your currently lukewarm relationship with the robot than giving it a new companion from the Star Wars universe? That’s exactly what you get with the Sphero R2-D2 robot.

We know, there have been thousands of R2-D2 toys over the years, making it really hard to make a new one that can stand out from the crowd. With Sphero’s track record of building really fun and really creative toy robots (Ultimate Lightning McQueen and Spiderman, among others), though, we definitely have high hopes for this version of Artoo. 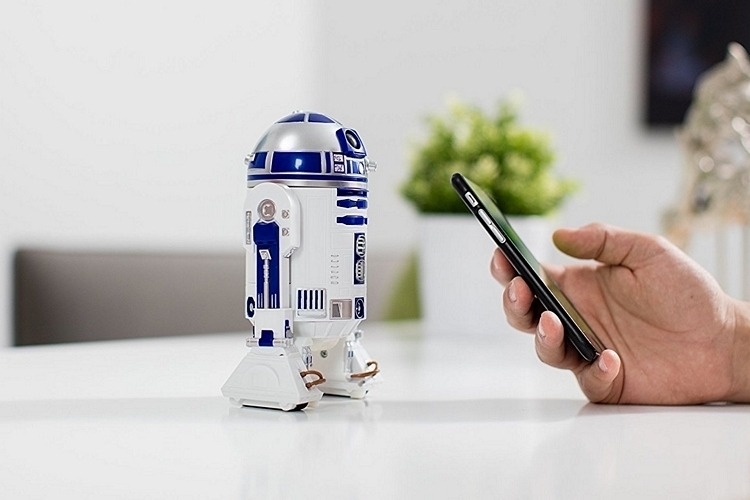 The Sphero R2-D2 is a detailed recreation of the longtime fan favorite, with detailing that can probably match a good load of collectible figures out there. Unlike those collectibles, this one comes with four motors that allow it to move like the astromech droid from the movies, turning its head to make expressive gestures, driving around the room using its wheeled feet, and even waddling in place with its front leg retracted. Simply put, this thing can move like the Artoo you know and love, making it quite a faithful reproduction, both in terms of aesthetics and function. 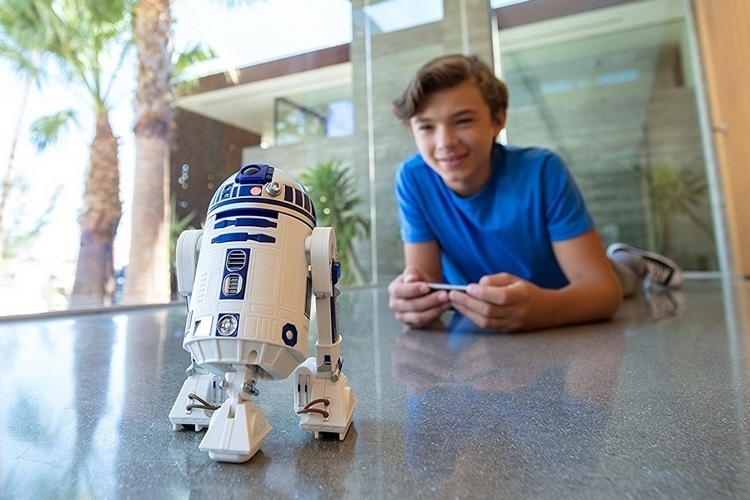 Unlike BB-8, the Sphero R2-D2 comes with an integrated speakers, allowing it to produce bleeping and blooping sounds right from the droid itself, instead of having it come out of whatever device the app is running on. Of course, the robot’s dome head is filled with actual blinking lights and glowing panels, rather than just being painted ornamentation, ensuring it faithfully mirrors its movie counterpart.

From the app, you can trigger pre-programmed animations, including the aforementioned waddling in position, turning its head like its thinking, or falling over helplessly for no reason whatsoever. You can also draw routes instead of driving him using the joystick, so you can have it running in circles around the dining room table while the puppy chases it till the end of time. Well, at least, until the battery runs out, which should happen after a full hour of play. 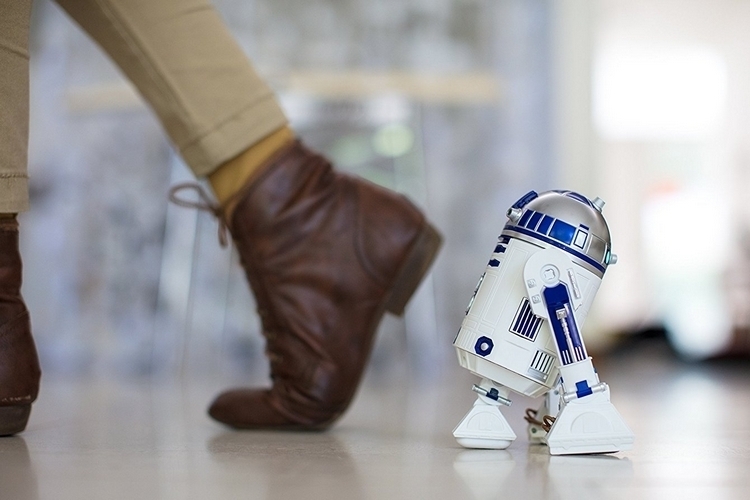 When placed side-by-side with other robots in Sphero’s Star Wars line, the droids will engage in robot interaction. Sadly, none of that interaction involves destroying each other like they do in Pacific Rim, so it’s not quite like unleashing battle bots in an arena. The robot, by the way, comes in the same scale as BB-8, so it stands just under seven inches tall.

The Sphero R2-D2 is available now. 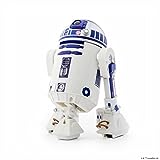