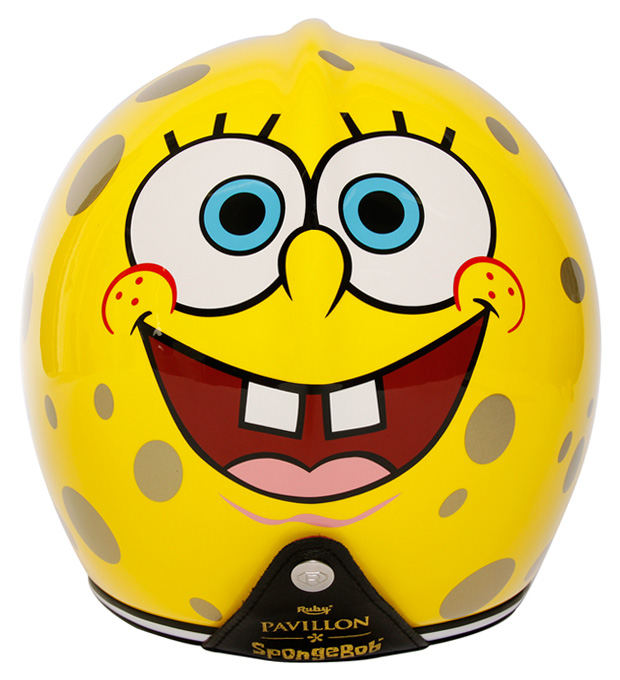 Tired of those big, ugly SUVs and huge trucks putting your life in peril every time you hit the road on your bike?  The Les Atelier Ruby SpongeBob Pavillon Helmet isn’t likely to leave you any less dead, but it sure looks like it’s good for a laugh before your fatal motorcycle accident.

Easily one of the cutest bike gear I’ve seen all year, it’s meant to commemorate the 10th Anniversary of pop culture superstar SpongeBob SquarePants.  It probably won’t keep the drunk guy behind the wheel of that rampaging  pickup from tailending you, but he should break out into a smile before that happens.  Who knows, happy drunk drivers just might hit a little more gently? 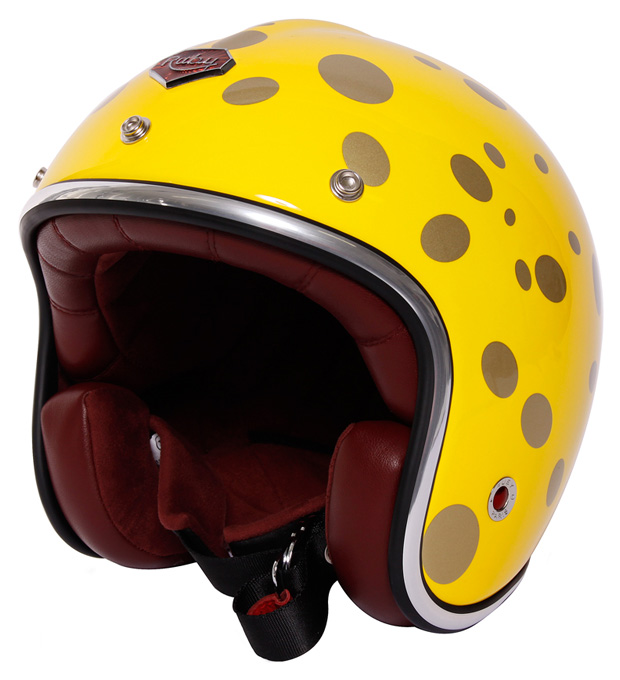 Released as the first accessory out of Les Atelier Ruby’s Legend line, the SpongeBob Pavillon Helmet uses a stock product from the company’s inventory.  In fact, you can order one for any headsize available in their roster.  However, the unique cartoon print makes it a special collector’s edition, especially with a limited example of only 200 numbered units going out.

You’ve worn the shirt, walked on the slippers and, probably, even looked up the time on your SpongeBob watch.  Take it just one extra step further and slip this over your head while riding around the city in your crotch rocket.  I’m sure it won’t get you laid, but little kids are guaranteed to gather around you, with their hot moms (and dads and babysitters) in tow.  You never know – you just might get lucky.

Colette has the Les Atelier Ruby SpongeBob Pavillon Helmet available from their site.  Price is a little under $1,150, VAT included.