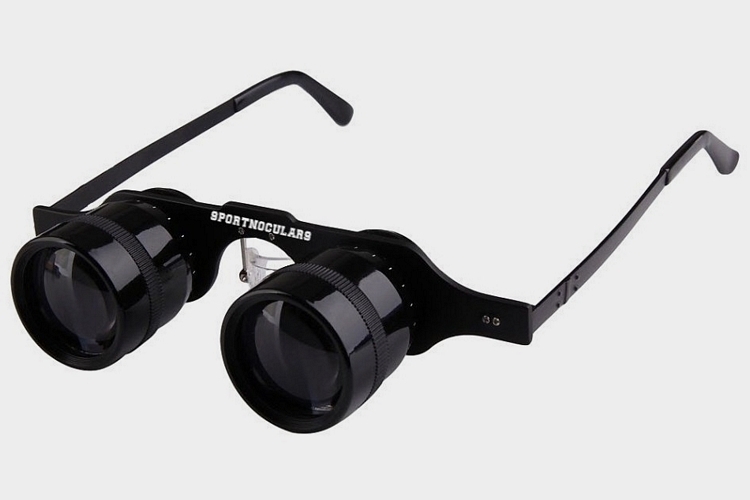 When you’re sitting in the nosebleeds of any sporting event, having a pair of binoculars on hand can really help you better enjoy the action. Problem is, having to grip binoculars means you’ll have to give up use of one hand, both of which you need to hold that red solo cup and hotdog you’ve been stuffing in your face. The Sportnoculars offer a hands-free alternative.

That’s right, they took a pair of binoculars and put it in a wearable eyeglass form factor. This way, you can see the action up close even from afar, all while gaining free rein of both your hands, so you can raise them to cheer after a triumphant play, gesture expletives at fans of the opposing team, or just hold your snacks and refreshments all throughout the game. 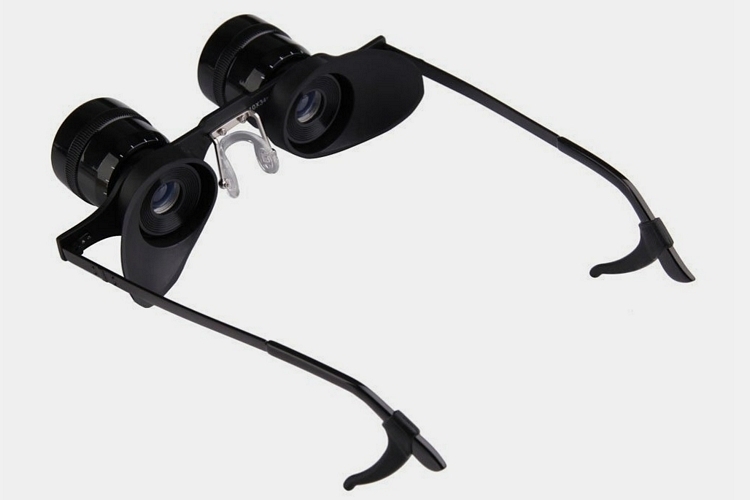 The Sportnoculars is, basically, a Frankenstein mashup that combines an eyeglass frame with optical scopes that stick out of each eye. We know, that sounds ridiculous. Well, the result is equally as ridiculous-looking, with the darn thing, essentially, allowing you to wear binoculars on your face like it’s some kind of ocular-based weapon. You know, the kind that should shoot energy beams like Cyclops, manifest fire like Ghost Rider, or enable freeze vision like Iceman, except all it does is let you see better from a distance while making you look like an absolute dork. Hey, no different from a grown man wearing colorful spandex with some childish logos sewn in, so all good.

Unlike many binoculars that produce eight times or greater magnification, these wearable scopes were designed with sporting events and concerts in mind, which is why they’ve been fitted with just up to three times magnification. That way, you can see a clear view of the action whenever you focus on the court, instead of turning your attention there only to see a close up of the ball and none of the events happening around it because you accidentally set it at a very high level of zoom. 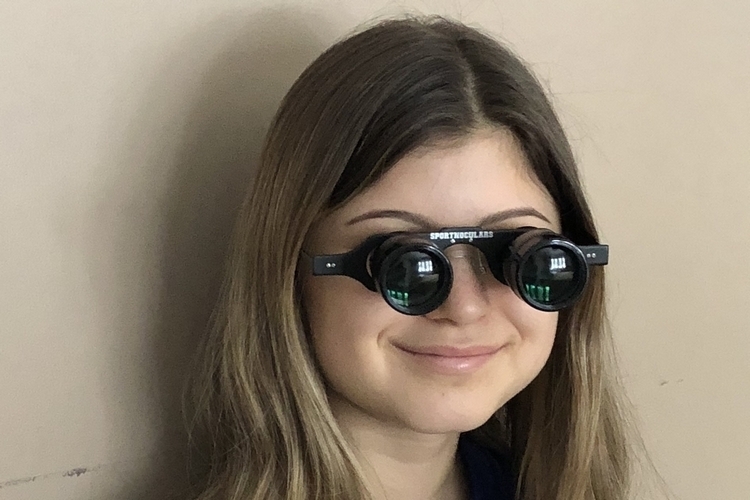 The Sportnoculars come with lenses that allow for 0+/-3 diopter adjustment, much like a standard binocular, allowing you to easily compensate for differences in vision between your two eyes. There’s also supposed to be enough room underneath to accommodate your regular pair of eyeglasses, in case you don’t want to fiddle with the diopter settings, although you will have to mess with the various fit elements in order to get that right. Those fit elements include the eye spacing (they can be spread wider or moved closer), the silicone ear keepers, and nose pads, each of which you can set to your liking to enable the best fit. 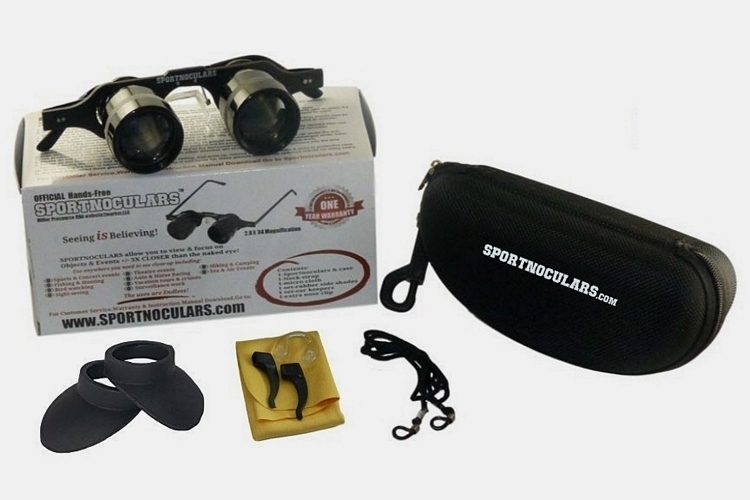 According to the outfit, the binoculars can be used to focus on something as close as your feet (when you look down, you can see them clearly), so forget about trying to read a text message with this thing slapped on your face. The frame itself is made from aluminum to keep things light, although with those large scopes sticking out in the front, expect this to put some weight on the nose the whole time you’re wearing it.

The Sportnoculars is available now. 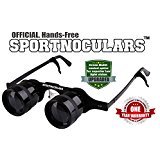