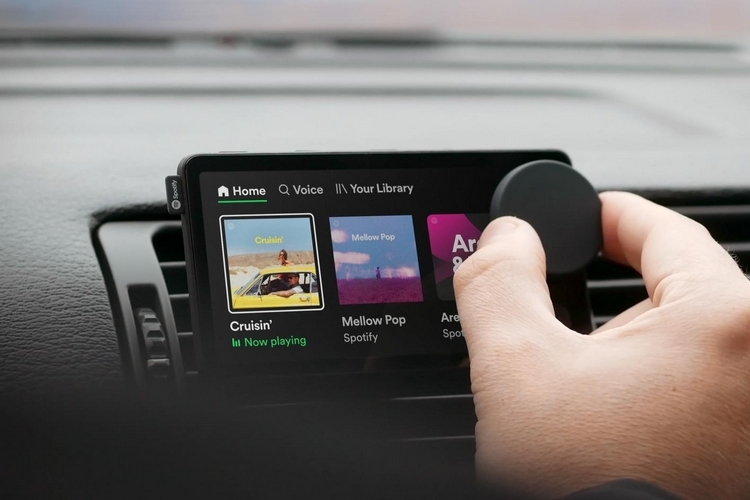 It’s not hard to argue how there’s no need for a dedicated Spotify player. They have apps on, pretty much, everything, after all. Yet, there was a real audience out there when the Mighty music player, which did nothing but stream Spotify, came out. While the original Mighty (and the newer Mighty Vibe) filled the need for folks who wanted music during runs and workouts, it didn’t quite do the same for folks behind the wheel, who still preferred to use Spotify either from their phones or the built-in infotainment systems. That can change soon with the Spotify Car Thing, a dedicated streaming music player for in-car use.

Unlike Mighty’s music players, which consisted of nothing but a small device with buttons, it has an actual touchscreen, so you can see exactly which tracks and playlists are running at any time. That’s right, it’s a full-featured Spotify solution, so you can keep the car’s infotainment system on navigation duties while you get your music from its own display. 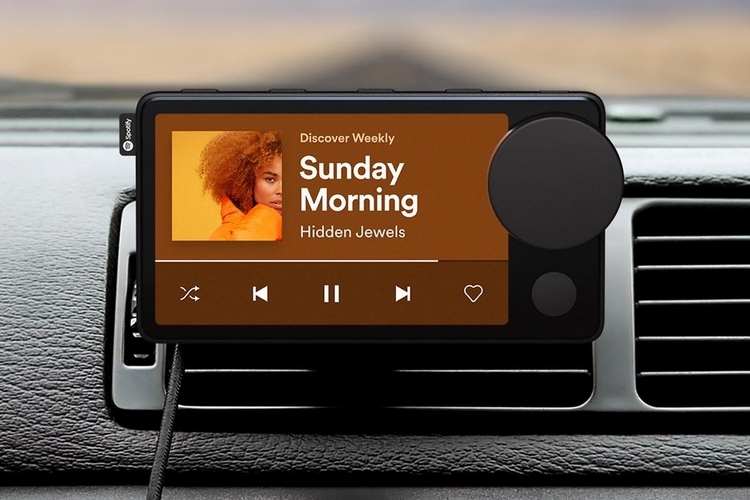 The Spotify Car Thing consists of a touchscreen, a large knob on the upper right corner, and a number of buttons (one out front and a bunch on the top edge), all of which are housed in an ultra-slim rectangular enclosure. It looks kind of like a small phone with a large knob on a corner. That means, you can interact with the Spotify interface either via touchscreen gestures, button presses, or knob twists, giving you free reign on how to choose tracks, launch playlists, and control playback exactly how you like. It doesn’t stop there, either, as the outfit integrated voice commands into the device, so you can do everything without having to take your hands off the wheel.

The dial, by the way, can be used to browse, select, play, pause, and discover both tracks and playlists alike, so you can manage your music in the car like people used to find radio stations before the turn of the century. The four buttons at the top edge are all programmable shortcuts that you can use to quickly bring up favorite artists, playlists, stations, and podcasts. 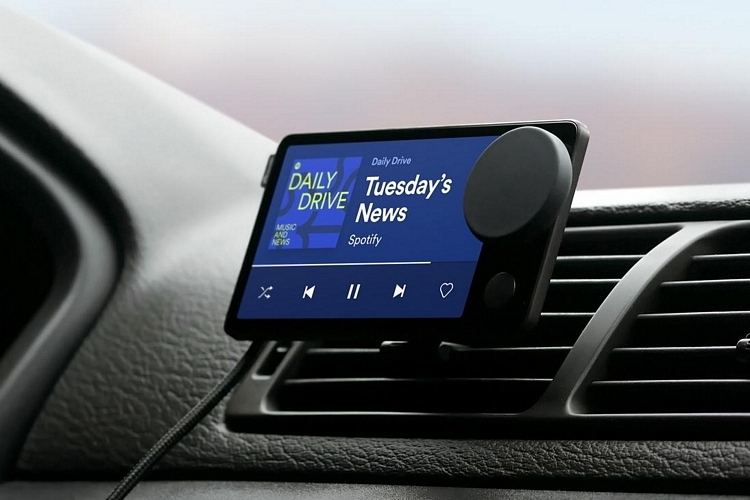 The Spotify Car Thing comes with three different mounts: one for the dashboard, one for the air vent, and one for the CD player. That means, you can put it exactly wherever you like in the cabin. Heck, you can even put it near the passenger side to let whoever’s riding shotgun control play DJ in the car. 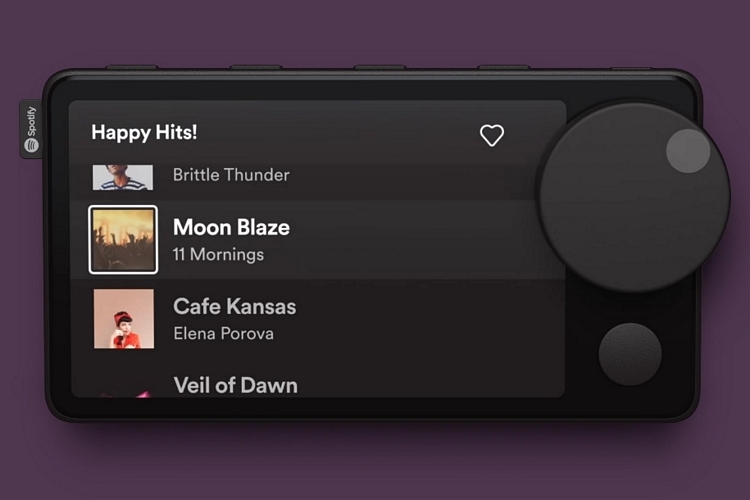 Do note, the device has neither Wi-Fi nor broadband connection. Instead, it uses your smartphone’s data connection to go online, so you still need to have your phone nearby in order to use it. It also doesn’t have a rechargeable battery, requiring you to plug it to an open USB slot, so it can draw power. Unlike the Mighty, there’s also no onboard storage to store playlists and podcasts offline, although you can do that on your phone if you prefer not to use broadband data during your commutes.

The Spotify Car Thing is currently free for Spotify Premium users in the US, although you’ll have to pay a shipping fee between $6.99 and $14.99. If it does go on sale at a wider scale, it’s likely to sell for $79.99.