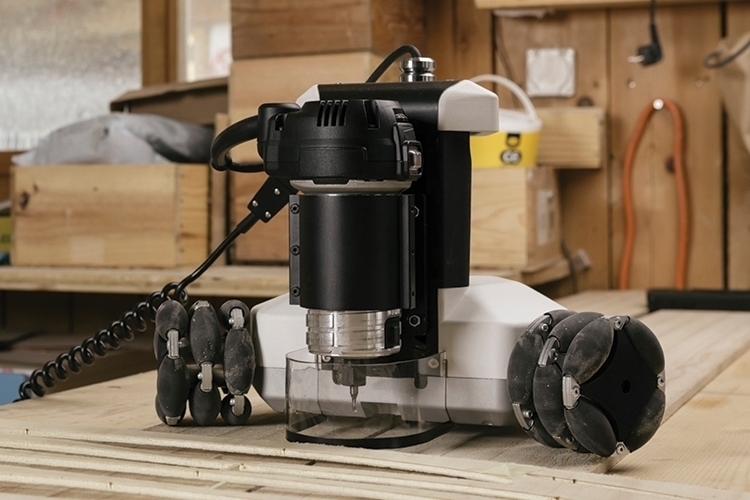 Like other desktop CNC machines, the Springa Goliath can cut your materials with impressive precision. Unlike them, the darn thing can work any size of material, allowing you to use it to cut everything from a small block of wood to a large sheet of plywood.

Instead of a stationary tool like traditional CNC machines, the device comes in the form of a wheeled robot, allowing it to travel on top of your material, performing its milling, cutting, and engraving tasks along the way. Even better, it does everything autonomously, so you don’t have to hold anything, move anything, or watch closely as it performs its duties that machines like the Shaper Origin requires. 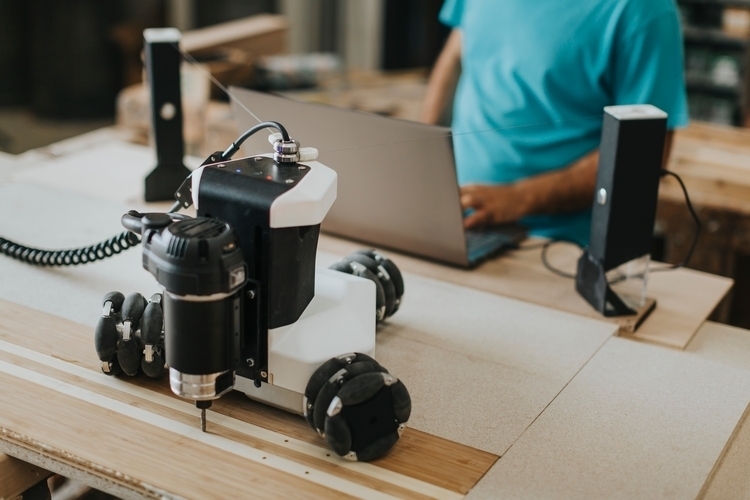 The Springa Goliath has an omnidirectional wheel design that allows it to easily pivot into any direction, giving it the ability to cut according to your precise specifications without having to take its time reorienting its position. A patented positioning sensor system allows the robot to identify and memorize its work area, while also allowing it to recognize its position within those boundaries at any time. According to Springa, the robot continually updates its position 100 times a second, ensuring it knows exactly where it is and where it’s supposed to go next at any time.

Users can define where in the material cutting should be done, although you should make sure the robot will have a stable surface to move on. In case you need to cut most of the material, the robot comes with two panel extensions to give it a stable surface to travel while cutting your material. And, yes, it’s smart to avoid falling into holes and pockets it cuts all on its own, so as long as there’s a surface for it to move on, you can expect no accidents to happen to your CNC robot. 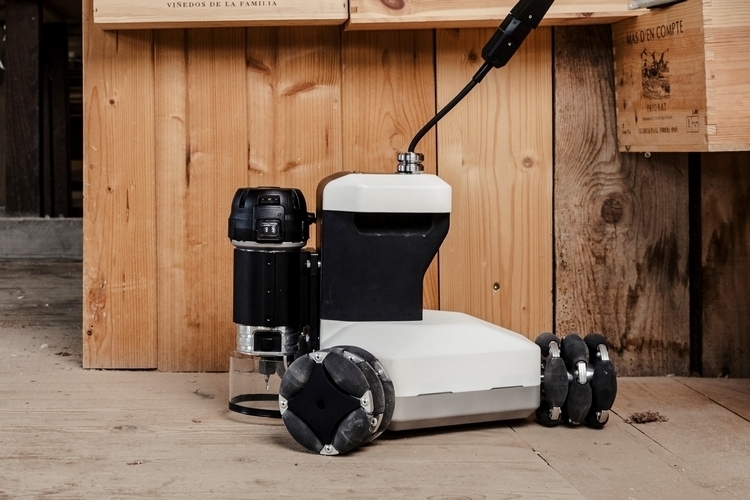 Because the Springa Goliath can work on any size of material, you can use it to make practically anything you will build in a full-size CNC machine. That includes doors, bed frames, and carved wall art that can cover an entire wall in your house. Seriously, that’s nuts, especially for a device that measures just 15 x 15 x 12 inches. It’s not restricted to wood, by the way, as the machine can also work on into aluminum, plastic, plexiglass, and copper, allowing you to use it for a whole host of projects. 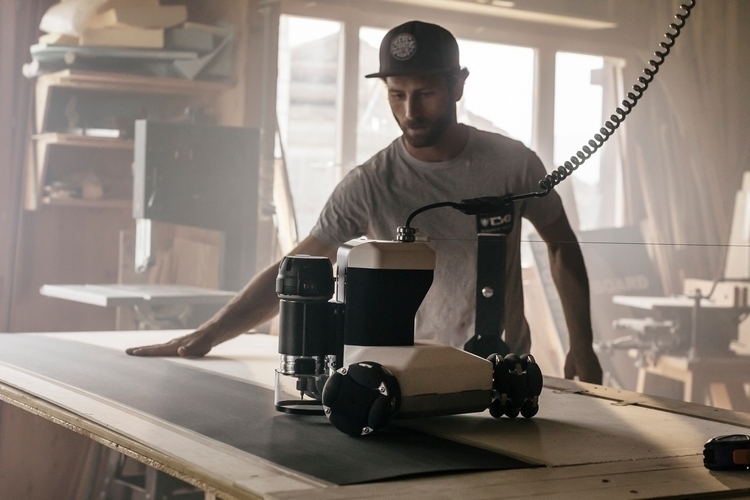 It comes with onboard Wi-Fi for hopping onto your network, allowing you to monitor its work from a companion app. You can also load your CAD files directly from the app (it supports DWG, SVG, and AI), so you can stand a safe distance away while the robot does its thing from start to finish. Just set up the work area and leave it to its own. Other details include aluminum and plastic construction, a spindle speed of 27,000 rpm, and a maximum cutting depth of 1.3 inches.

A Kickstarter campaign is currently running for the Springa Goliath. You can reserve a unit for pledges starting at $1,850.