Want A Fire Pit, Don’t Have A Backyard? Not A Problem With Stov 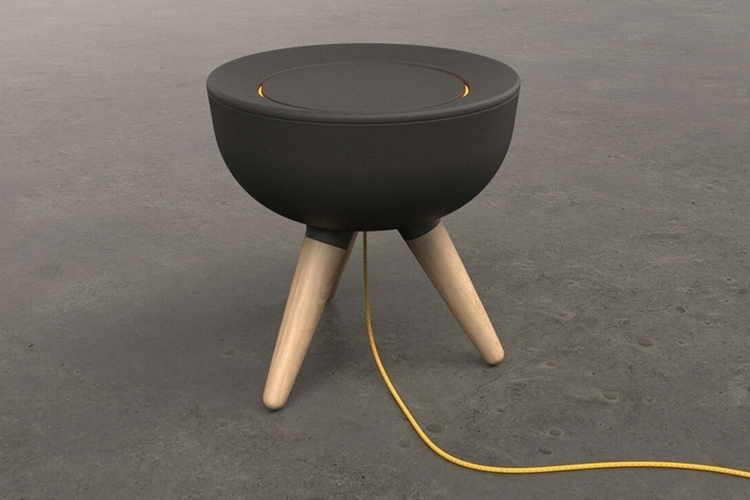 Gathering with friends around a fire pit with some beers and appetizers can make for a satisfying night. Problem is, you live in an apartment building and don’t have the backyard necessary to accommodate even a compact fire pit. Sad. Fortunately, someone made an indoor fire pit in the form of the Springtime Stov.

No, it’s not a real fire pit with flames reaching out to the ceiling and embers flying out everywhere. We doubt you’ll want that anywhere in your living room. Instead, this thing is designed to heat up a space safely, with no scary fires, no dangerous flames, and no embers burning holes into your sofa’s upholstery. 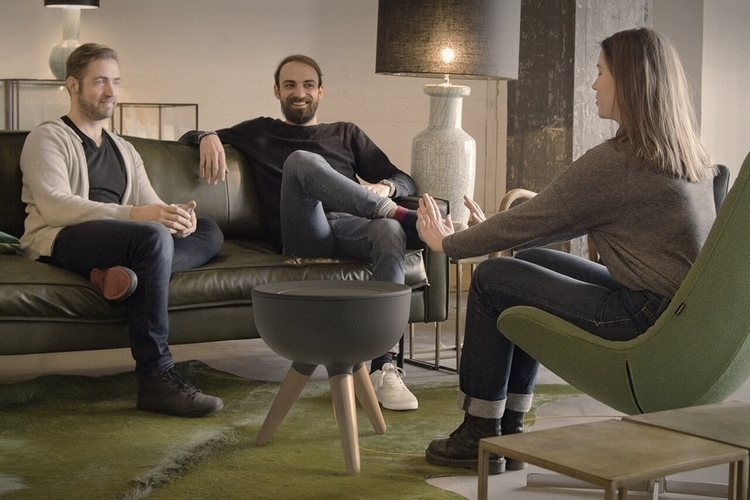 Now, how exactly does it heat up a space if there are no flames? The Springtime Stov is equipped with a 500-watt far-infrared heater that radiates pure heat in a 360-degree direction, allowing a group to get toasty by gathering around it similar to an outdoor fire pit. Unlike your home’s central heating, it doesn’t heat the air around it; instead, the far-infrared technology heats up the objects in the pit’s perimeter, allowing it to recreate the feeling of sitting around a raging fire. Heating up objects directly also means there’s no loss in energy, ensuring the heater is as efficient as it is effective.

According to the outfit, the artificial fire pit provides heat radiation that’s identical to what’s “emitted by the sun, your fireplace, or even your own body.” That is, it’s pure heat that’s completely safe, so you can enjoy it every night without any cause for concern. It also doesn’t heat up any more than you standard radiator, so no worries about placing something too hot in the middle of the living room. Because this is completely powered by electricity, there’s no need to stock up on logs, all while allowing you to get toasty without putting up with smoke and embers, along with all the ash you’ll need to clean up in an actual fire pit. 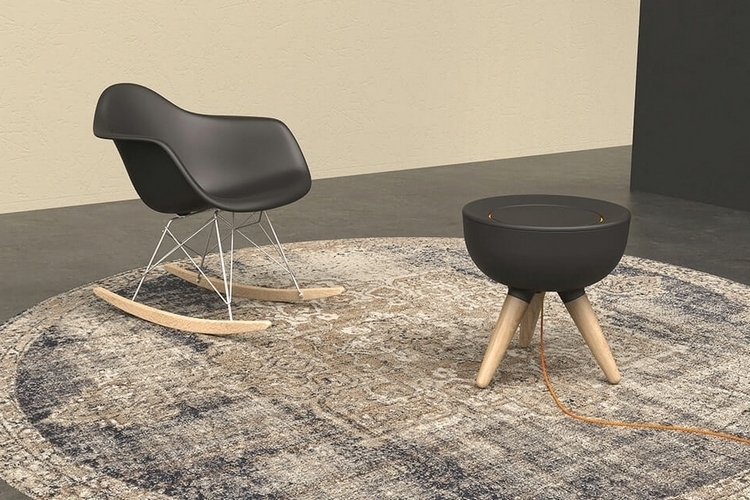 The Springtime Stov consists of a half-sphere that’s mounted on three legs, making it look like a stylish side table, so it should fit right in with most home’s interiors right off the bat. The top actually seems flat enough that you might be able to use it as an actual side table (just place lightweight stuff on it like magazines), which you can move to the center of the living room to use as a fire pit, in case you want to gather together with a bunch of people. 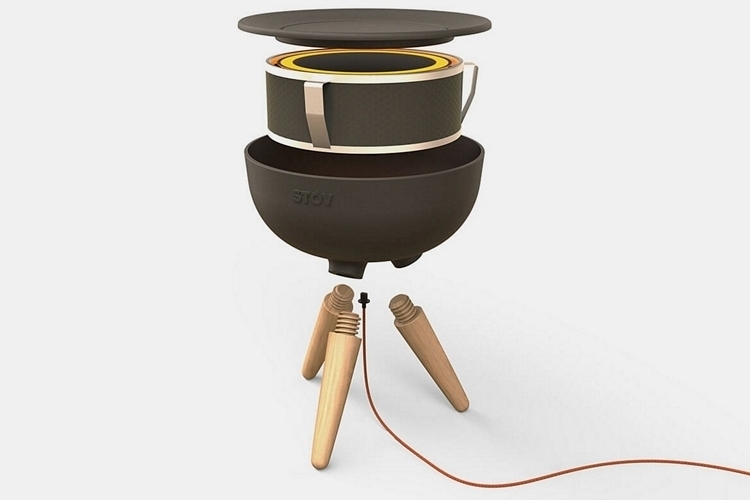 According to Springtime, the device uses up around half the electricity of a traditional heater, so it shouldn’t use up all that much power. The fact that it radiates heat to the body directly also means it’s a lot more comforting than traditional heating, ensuring it makes for a satisfying time, gathering around with your people and swapping stories.

For now, it seems the Springtime Stov is only a prototype product the design firm has produced, so you can’t exactly get one yet to heat up your apartment. We do love the idea, though, and would definitely want one.