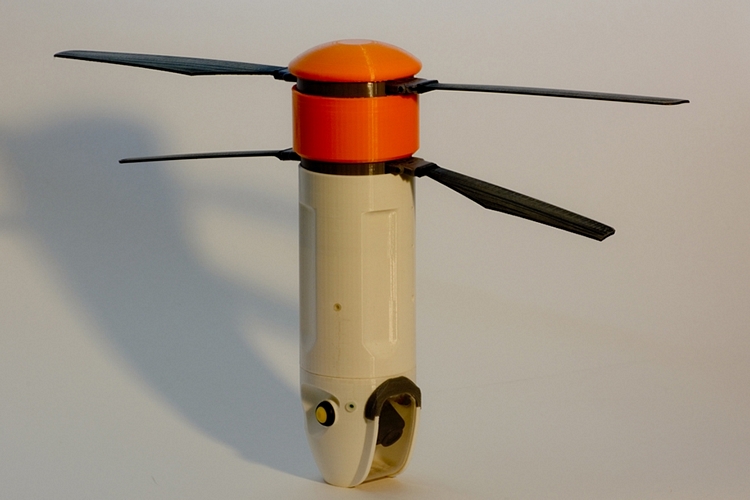 The quadcopter design has long been identified with consumer drones, since, practically, every single one in the market has embraced it as their form factor of choice.  That doesn’t mean flying drones always have to be quadcopters, as evidenced by the Sprite, a drone that looks more like a flying Thermos bottle (or an inverted ceiling fan) than what we’ve been accustomed to.

Made by Ascent Aerosystems, it does the things most any traditional drone does, flying autonomously, operating a camera, and capturing aerial footage.  Unlike those traditional drones, the propeller blades can fold flush by its Thermos-like body, making it as portable and convenient to carry as any vacuum bottle, since they can slip inside a backpack without any problems. 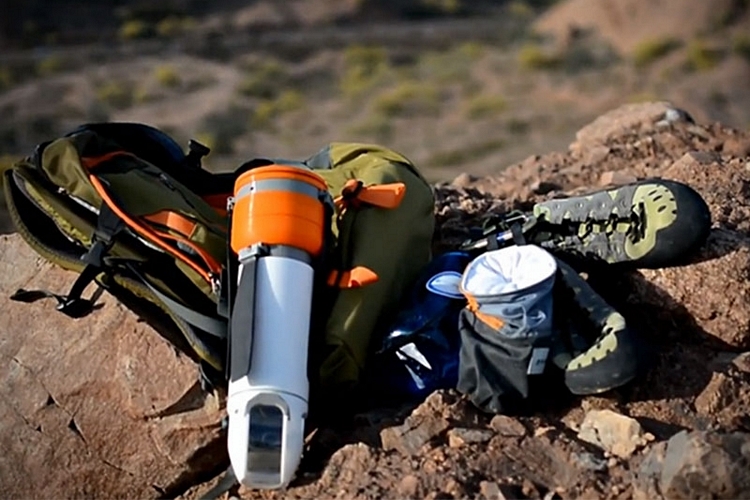 The Sprite uses coaxial rotors for flight in a contra-rotation configuration, with non-rigid propellers that make them stronger than those on conventional drones.  Designed for durable operation, it boasts a waterproof body, a high-impact airframe that’s way more durable because it has no arms, and a design that allows it to float when it accidentally lands on water.  During landing, it descends to within a few inches off the ground, then automatically shuts down the rotor and folds in the propellers, so it simply rolls off as soon as it hits the surface. 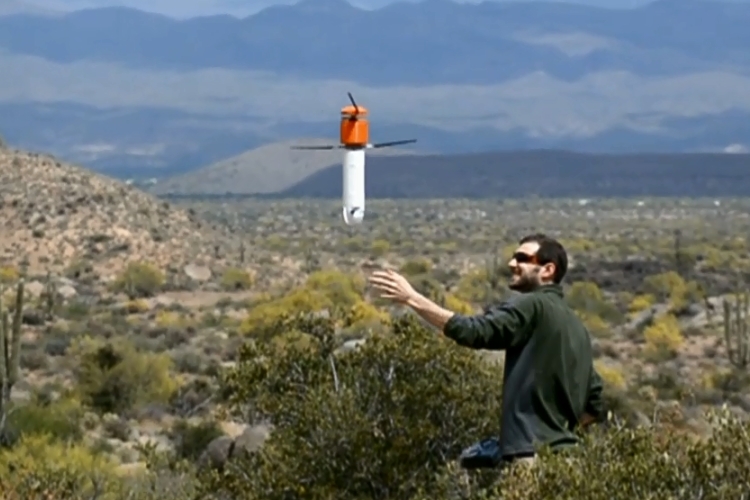 It can fly up to 12 minutes on a freshly-charged 11.1-volt LiPo battery, at speeds of up to 22 mph, allowing it to cover a lot of ground within a short time.  There’s no need to invest in an extra GoPro, either, as it comes with an integrated camera that can shoot 1080p video, complete with a two-axis stabilized gimbal (although a later accessory will allow you to pair it with a GoPro).  More impressively, this is a drone packed with advanced features, including autonomous flights (via flight paths or waypoints), orbit mode (where it circles a target while keeping the camera trained on it), and the popular “follow me,” which has the drone following an individual user all on its own.

A Kickstarter campaign is currently running for the Sprite drone.  Pledges to reserve a unit starts at $799.