Spyderco Dragonfly 2 Emerson Opener: This Pocket Folder Can Be Opened Using The Edge Of Your Pocket 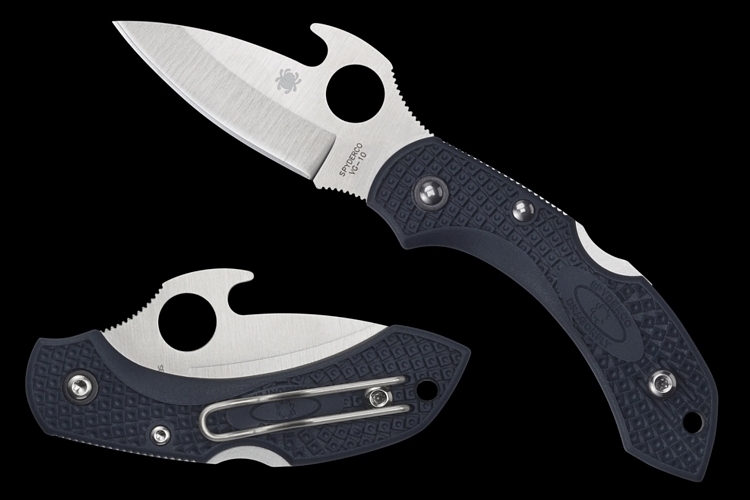 It looks like any pocket folder from Spyderco, complete with a signature hole at the top of the spine for conveniently opening one-handed with a thumb or a finger. While the cutout definitely makes opening any knife simple, it’s no secret some folks still struggle with them. That’s just the case for a lot of small folding knives. For those folks, the outfit created the Spyderco Dragonfly 2 Emerson Opener.

An updated version of the popular Dragonfly 2, this new knife comes with a unique addition called an “Emerson Opener,” a small hook located at the spine of the knife that you can use to open it by simply latching the hook onto an edge (like a pants pocket or a table) and moving the handle with one hand. That way, you can open the knife one-handed without using your thumb or fingers – just latch the hook onto the edge of your jeans’ coin pocket and flip it.

The Spyderco Dragonfly 2 Emerson Opener takes the same blade and handle design as the original, albeit slightly longer (by less than a tenth of an inch) and with the new hook in tow. According to the outfit, the knife is meant to be clipped tip-up in your pocket, which will allow you to immediately use the integrated hook when drawing it. As in, you pull the knife, snag the hook to the pocket edge, and flip it as you raise your hand, allowing you to unclip the knife and deploy the blade in one unified motion. It can clipped and opened on both left and right pockets, too, making it just as easy to use with the left hand as it is with the right.

Of course, it still retains the signature hole that the original came with, so you can still use that if you’re already familiar to the act of opening Spyderco’s knives with a thumb or finger. That way, you still have a handy deployment option when you’re not wearing pants with a sturdy pocket like your favorite pair of jeans, allowing you to get access to the blade even when you’re butt naked.

The Spyderco Dragonfly 2 Emerson Opener measures 3.33 inches when closed and 5.59 inches when opened, with the blade taking up 2.28 inches of that length. The blade is cut in VG-10 steel, while the handle is covered in fiberglass-reinforced nylon, so this should hold up just as well as any of the EDC knives in the outfit’s arsenal. It bears all the defining elements of the original Dragonfly 2, from the compact geometry and the jimping on the blade (choil and spine) to the versatile leveraging points and the back lock steel frame, so it should allow the same practical functions as the original, while providing the added convenience of its newfound high-speed deployment.

Only one model of the Spyderco Dragonfly 2 Emerson Opener is listed for now – one sporting a distinctive gray handle with non-slip bidirectional texturing. It’s currently listed as “coming soon,” priced at $105.