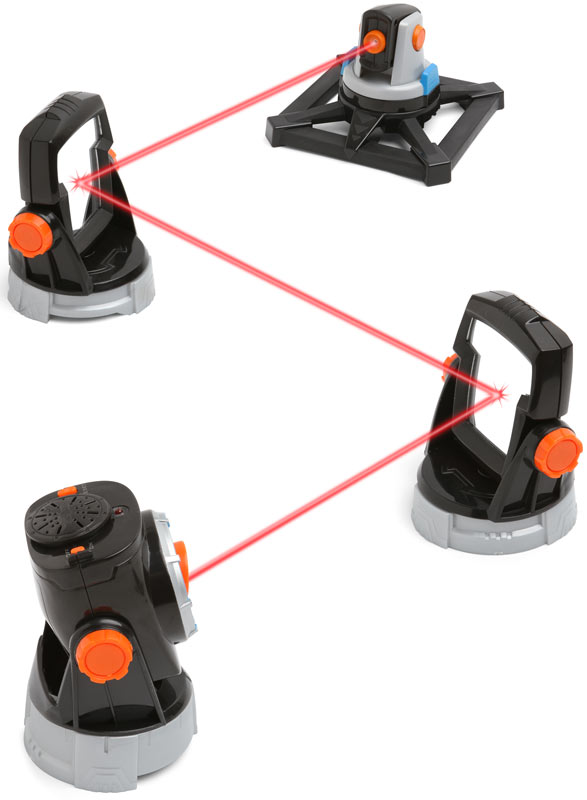 Want to turn your office cubicle into a secure area?  We suggest rabid dogs along the entryways.  In case that won’t fly with building security, you can set up an alarm system to alert you of intruders with the Spynet Laser Trip Wire.

Yep, it’s a real laser-based trip wire system that activates a built-in alarm once it detects an intruder crossing in your midst.  Whether you want to be alerted to give you time to close that browser-based MMO you’re playing or to wake you up while dozing off on a Pillow Tie during office hours, this contraption should do the trick. 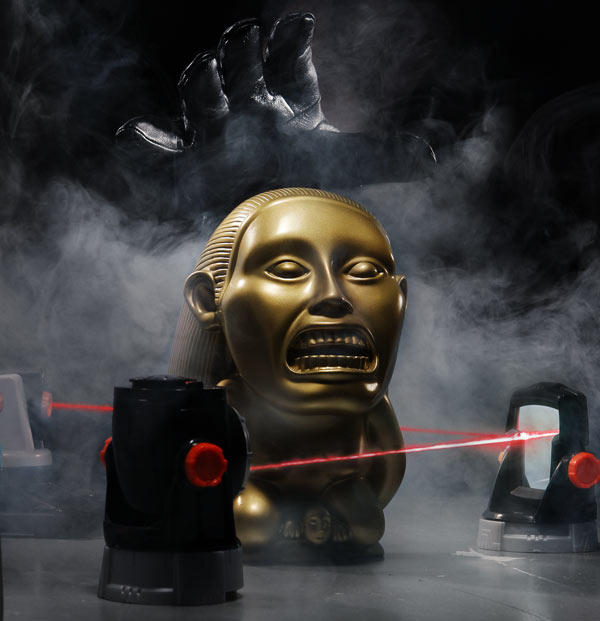 The SpyNet Laser Trip Wire is a complete four-piece security system.  You get a laser emitter hoisted on a swiveling base, a receiver unit with a built-in alarm and two swiveling mirrors, so you can set up a fence around any entrance or object you want to protect.

Want something more complicated than you can set up with one set?  Get multiple sets and create a veritable maze of trip wire lasers that will put any  experienced jewel thief to shame.  Set it up around the kitchen fridge late at night and finally catch which of your roommates has been sneaking off to steal your mini-cupcakes while everyone else is sleeping.

Granted, the SpyNet Laser Trip Wire is designed as a children’s toy, rather than real security hardware.  It’s real lasers, though, with real alarms, so even your old ass should find it plenty useful.  You can get a set from Thinkgeek for $39.99.