Square Off Chess Set: This Physical Chess Board Can Play Online 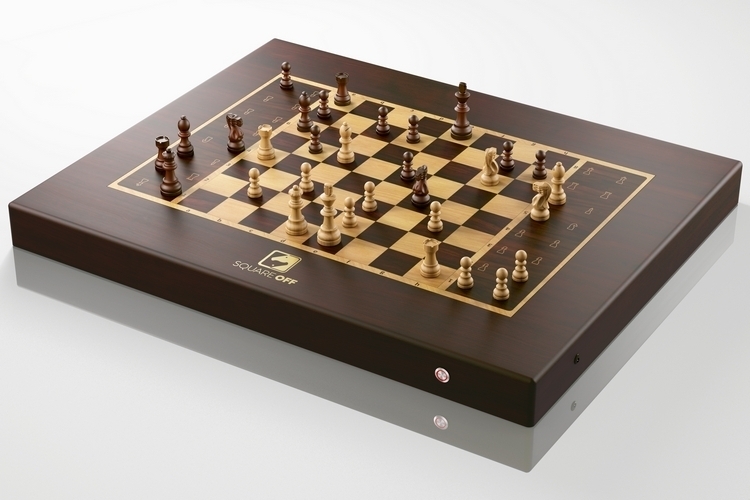 It was about two years ago when we first saw that connected chess game on Kickstarter, which allowed you to play online using a real chessboard with real pieces as opposed to a video game interface. If you wanted one but decided to pass because of its crowdfunded nature, you might be interested to know that the Square Off Chess Set is now a real product you can purchase.

That’s right, you can now buy a real-life chessboard with pieces that you can both move with your fingers and move on their own, so you can use it to play with a friend at your house or against an AI when your chess friends are unavailable. Why not just play with a chess video game? Well, because playing with tactile pieces that you physically move just feel so much better. Plus, wouldn’t you rather spend some time not starting at an LCD screen for a change? 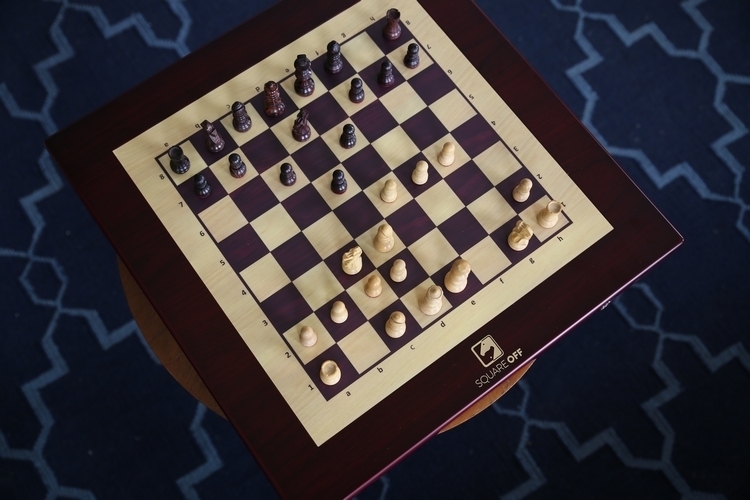 The Square Off Chess Set consists of a physical chessboard with physical chess pieces, just like the very first chess game you got all those many years ago (unless, of course, you’re a millennial whose first chess game is a video game). Instead of folding into a container that held the chess pieces, though, this one is a fixed board, which was necessary in order to incorporate all the electronics it uses to bridge the gap between virtual and physical chess gameplay. To use it like a regular chess board, just sit down with a friend and play while you chug beers, eat chips, or intimidate each other by looking really, really sullen during every game. 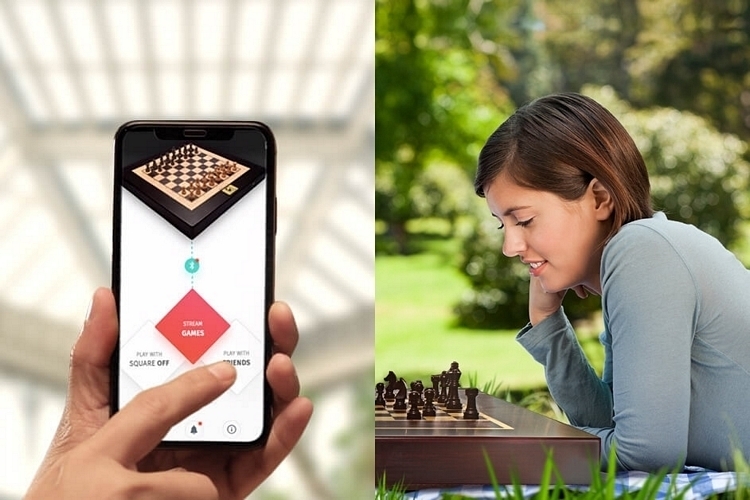 Of course, the big selling point here is the ability to play without an actual companion. To do that, just switch on the chess set, pair it with app (iOS and Android), and choose how you want to play. You can play against the system’s own AI, which currently stretches to 20 difficulty levels (from novice to grandmaster level), so you can adequately challenge yourself against our future AI overlords, as well as go up against someone also playing on one of these tech-infused chess boards. In case you want a wider pool of competitors than that, the outfit is partnered with Chess.com, so you can go head-to-head against any of the service’s 23 million players, allowing you to face off against a varied group of people. 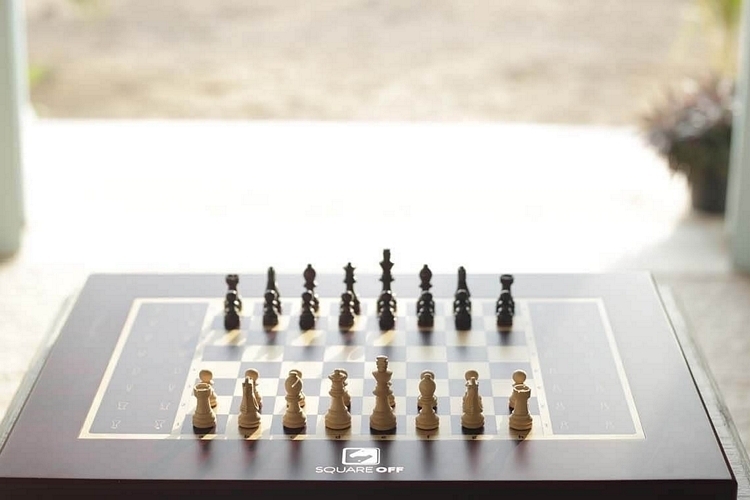 The Square Off Chess Set comes with advanced sensors and magnet-based robotic systems to intelligently identify the board’s layout and to move the pieces accordingly. Each piece, by the way, is sized such that each one can move through the gap between two pieces on adjacent squares, with no chance of any piece bumping against another and messing up the board. The board itself is made from wood, with a classy-looking paint job, so unlike most games, you can totally leave this out in the living room coffee table without pissing the wife off.

The Square Off Chess Set is available now.

Square Off Chess Set - an Electronic Chessboard,...
Buy on Amazon