A Levitating Disc Is The Only Acceptable Way To Display This £16,000 Light Saber Pen 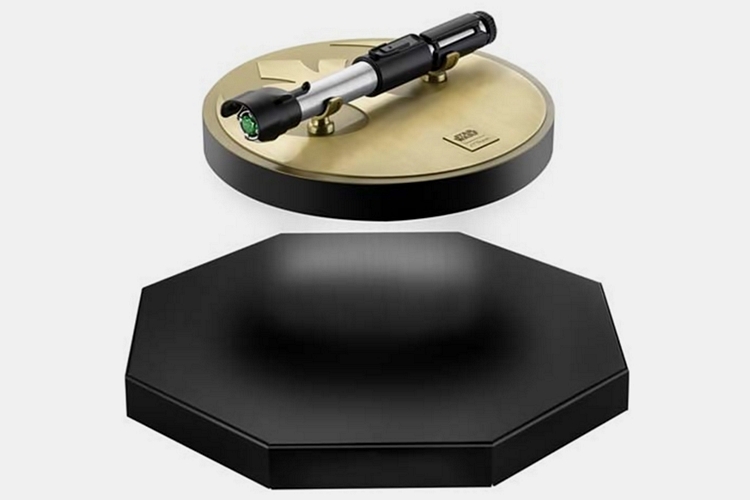 If you had a real lightsaber, keeping it on a levitating sword case while it sits in your home is absolutely the right way to go – anything less is just not worthy to hold one of the most beloved fictional melee weapons of all time. That’s why we think this Levitation Light Saber Pen really had the right idea, pairing the Star Wars-themed fountain pen with a levitating display stand that you can show off on your desk. After all, we might as well get used to giving the fictional weapon an unusual reverence while we’re still years (decades? lifetimes?) from having one in real life.

Granted, a fountain pen isn’t going to help you out in close quarters combat anywhere near the way an actual lightsaber (or a real sword) would. Still, this thing should help you sign contracts, issue checks, and jot down notes with relative ease, all while looking like a prop straight out of a science fiction set, so it’s deserving of the reverence all the same. Or something. 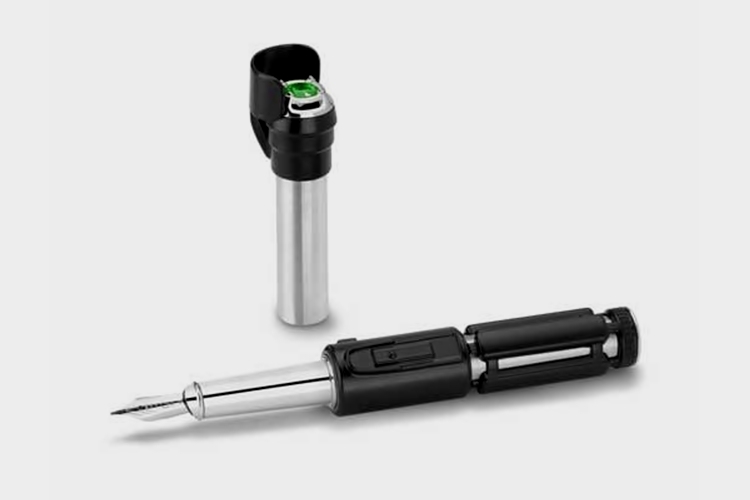 Made by ST Dupont Paris, the Levitation Light Saber Pen comes in two versions: one repping Darth Vader’s lightsaber and one modeled as Jedi Master Yoda’s. Both are, actually, similar, with bronze bodies covered in black lacquer, palladium, and rhodium finishes, replicating the original lightsaber design from Episode IV. Each one also comes with a magnetically-levitating platform stand that ensures the pen will serve as a centerpiece, regardless of where you end up showing it off.   The only real difference between the two is the color of the two-carat topaz crystal at the tip of the cover, which is red for Vader and green for Yoda.

Want one? Well, you’ll have to want it really bad. The ST Dupont Paris Levitation Light Saber Pen is available in a limited edition capacity (only eight examples each), priced at a whopping £16,625.