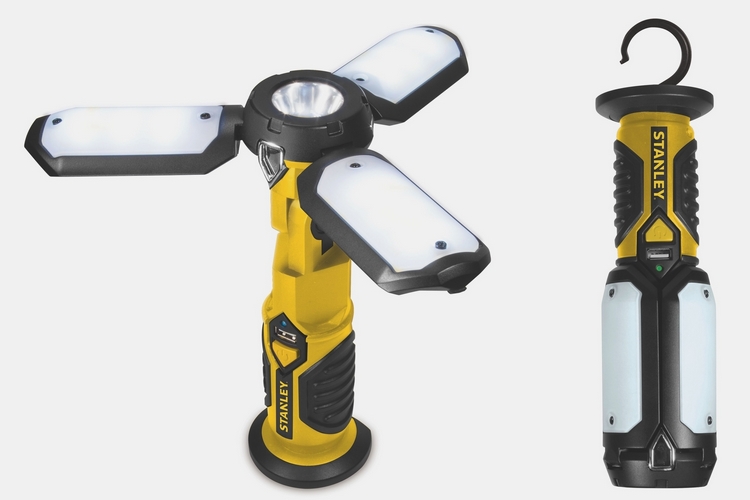 Yes, the Stanley Satellite looks like a supervillain doomsday weapon. With those three outstretched arms and a body that looks inspired by sci-fi visuals, it’s totally the kind of object you wouldn’t be surprised seeing unleash a devastating attack in a superhero movie. Unfortunately, that’s not what Stanley’s selling here (I know, you’re disappointed). Instead, it’s a work light that you can use to illuminate a job site for various tasks.

Aside from appealing to our sci-fi aesthetics, the unusual design actually serves a utilitarian function. With the arms folded out, they can function as instant legs, so you can set down the light at a comfortable working angle. Additionally, being able to fold gives it the flexibility to either illuminate the same area as the light in the center (when folded out) or around it (when folded in), which should help it accommodate more lighting situations. 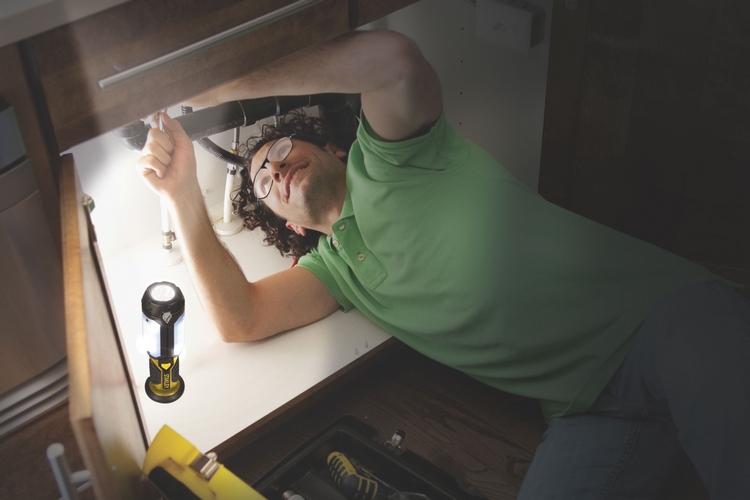 The Stanley Satellite comes with 18 ultra-bright LEDs spread across four sections of the device (the three arms and the center), providing up to 300 lumens of brightness. The center area shoots out a spotlight-style beam, while the three surrounding panels produce a diffused floodlight, with five different modes that allow you to choose the kind of illumination it provides. It comes with a rechargeable battery that can hold charge for up to 12 months at a time, with the ability to keep the light running for up to six hours straight. Features include a head that tilts down for more easily directing the light, a magnetic base that lets you snap it on under the hood of a car, a 1-amp USB port for charging your cellphone from the onboard battery, and a built-in loop for hanging on a hook. 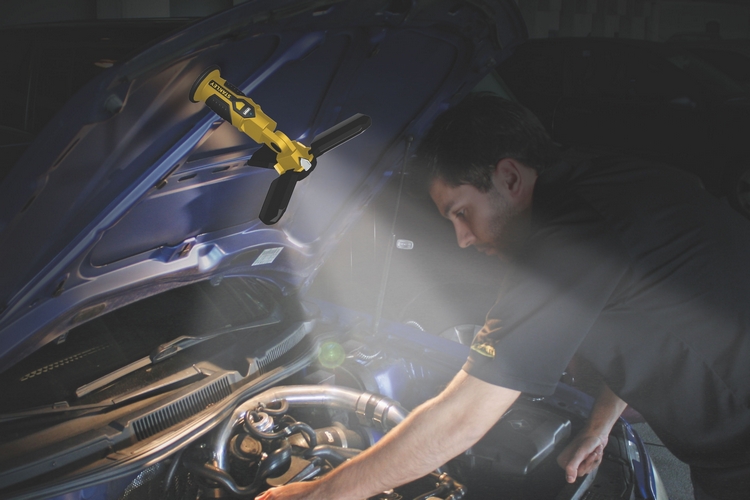 Available now, the Stanley Satellite is priced at $39.99.