Star Trek – Its Coming And Resistance Is Futile 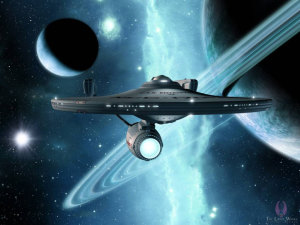 After 42 years, six television series, and ten feature films, Paramount Pictures and J.J. Abrams are looking to re-introduce the Star Trek phenomenon to a brand new audience. Simply titled “Star Trek”, the new film directed by the creator of such hit TV shows as “Alias” and “Lost”, explores the origins of James Tiberius Kirk and the starfleet crew of the USS Enterprise from the original series. Based on the recently released trailer, the film looks to capture the fun, adventure, and the exploration of the largely mysterious galaxy that have not only entertained generations of fans, but have also inspired many to pursue careers in science and technology to try to turn science fiction into fact.

As with any franchise revamp, Paramount and Abrams face many challenges. Not only appeasing millions of science fiction fans (many of whom have grown up with these characters and stories), but also to bring in and entertain newcomers who would either never think to check out the original series, or those that might have had some casual interest in Star Trek, but the television series and movies have not necessarily held their attention. The hope is that by going back to the origins of the story, the youth demographics will be able to identify with the younger cast and be floored by the new special effects, while the dedicated fanbase will be able to further explore where these beloved characters got their beginnings.

On May 6, 2009, we will see whether the balance can be kept, or if the studio will play it safe and bank on the mass audience. Any Star Trek fan will argue that the series in itself has plenty to offer anyone who chooses to give it a shot, that drastic changes aren’t needed to appeal to the masses. All it takes is a great storyteller with a respect for the ground laid before him.|