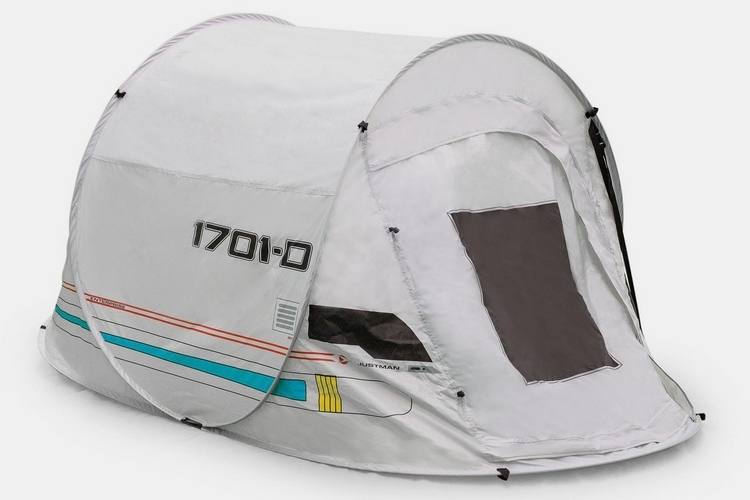 Star Trek fans go camping, too. Sure, they probably don’t rough it up the same way as your survivalist pal with all his bushcrafting wiles, but they can slum it in pit of the backcountry all the same. At least, we think so. After all, that’s the only reason the Star Trek: The Next Generation Shuttlecraft Justman 2-Person Camping Tent can ever exist.

A heavy-duty camping tent, it’s clad in the likeness of the Justman, a Federation shuttlecraft that’s part of the service fleet in the USS Enterprise. That way, you can feel like a Starfleet crew member visiting a strange planet while you chill around camp, although your spacecraft has broken down, leaving you stranded with nothing but your ship to use as a shelter. 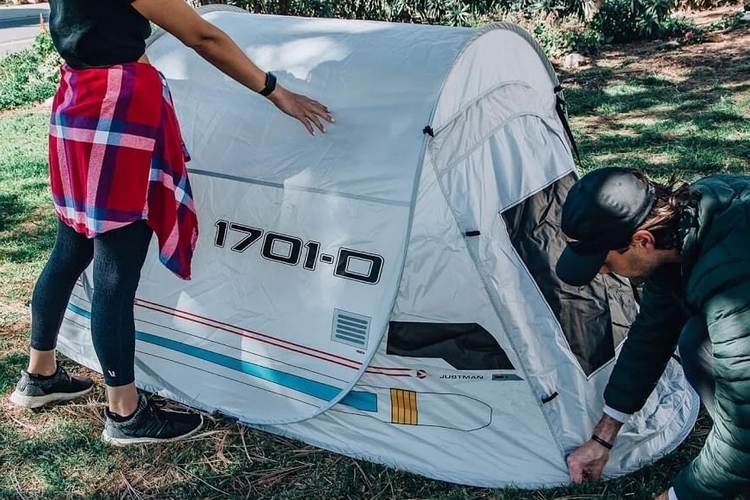 The Star Trek: TNG Shuttlecraft Justman 2-Person Camping Tent reimagines the Type 6 shuttlecraft as a two-person pop-up tent that you can use for car camping at the local public lands and use as shelter when outdoor festivals become a widespread thing again. Not only can it fit a couple of people, there’s also enough extra room to accommodate your gear (or a pet, if you brought one along). Sadly, it’s not shaped like the actual shuttle from the series. Instead, it looks like a regular pop-up tent that’s been printed with characteristic elements found on the Justman shuttlecraft, which, we guess, is pretty good enough. Just wear your Starfleet uniform while you sleep in this thing and you can feel like a real member of a space crew from the future.

Because it’s a pop-up tent, it sets up simpler than a standard backpacking shelter, with the whole thing going from flat-packed form to a functional tent, pretty much, on its own. No need to run lines or tie knots, either, as you can secure it to its position on the ground using just the four included nails. Of course, you can always just place it on the ground unsecured, in case you want strong winds to send it flying like an actual shuttle. 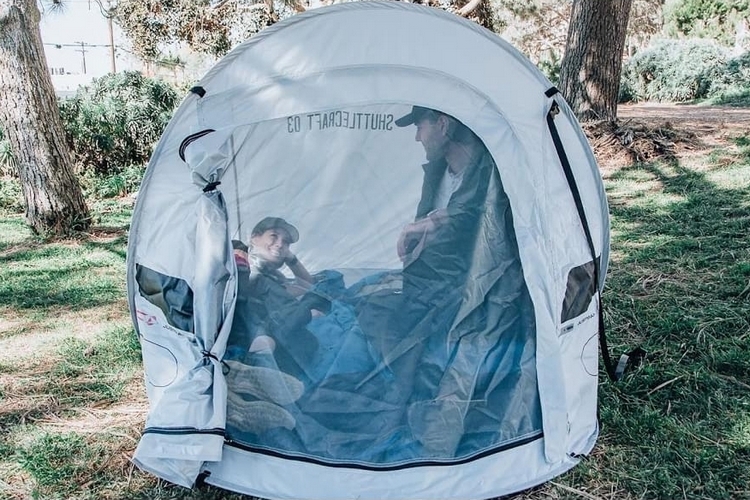 The Star Trek: TNG Shuttlecraft Justman 2-Person Camping Tent has a large door with an integrated window out front, although it’s closed off everywhere else, so you can only see outside from a single direction, with no extra means for ventilation. It’s made from 210D polyester with PU 3000 coating, so it’s both breathable enough to allow air to flow and waterproof enough to keep you dry during rainy season. A woven fabric floor brings the necessary toughness to keep small rocks and pebbles from puncturing the shelter from the bottom, while a B3 mesh fabric on the door keeps out insects from making their way inside the tent.

Like other pop-up tents, it collapses into a compact round-shaped bundle that you can easily stash in the trunk of your car for easy transport. It comes with a carry bag, too, so the whole thing doesn’t accidentally deploy when you run into some bumps during the drive. Dimensions are 94.5 x 43.3 x 47.25 inches (width x height x depth).