Someone Turned BB-8 Into A 3D Rubik’s Cube Puzzle 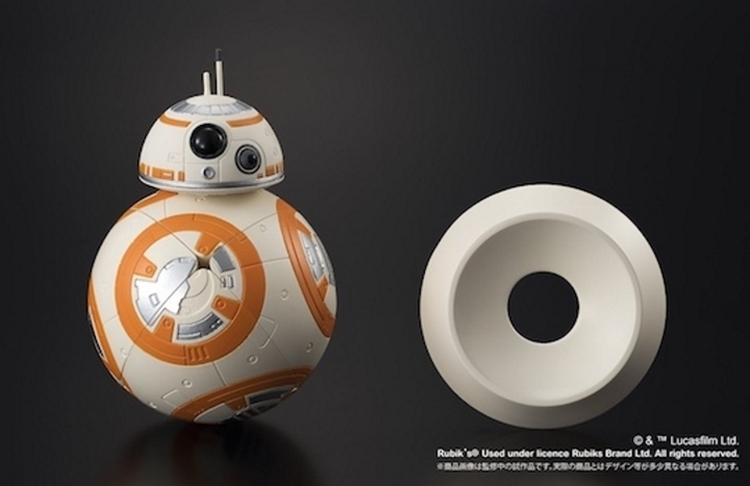 We’re guessing the Star Wars BB-8 3D Rubik’s Cube is going to be a lot easier to solve than the traditional 3D puzzle. There’s a lot less amount of pieces you’ll need to correctly move into place, after all. Considering it’s a detailed likeness of everyone’s favorite new astromech droid, though, we have a feeling you’ll find this thing a heck of a lot more fun.

Instead of the cube shape, it comes in BB-8’s familiar rotund frame, with its body cut in several segments that can twist and move around, allowing you to make it look like the robot was designed by someone with their eyes closed. It doesn’t use square tiles, either, so it actually doesn’t even look anything remotely like a Rubik’s Cube. But, hey, that’s what they’re calling it, anyway. From the looks of it, the Star Wars BB-8 Rubik’s Cube’s head doesn’t detach from the body, moving along with the segment it’s mounted on every time it’s turned. Which is probably a good thing, since that head looks to be in high risk of disappearing under the furniture and into the crevices of the couch every time it’s popped off. It comes with a circular display base so you can stand the toy upright for displaying on a tabletop or shelf. And, no, it won’t actually run around like Sphero’s version of the toy.