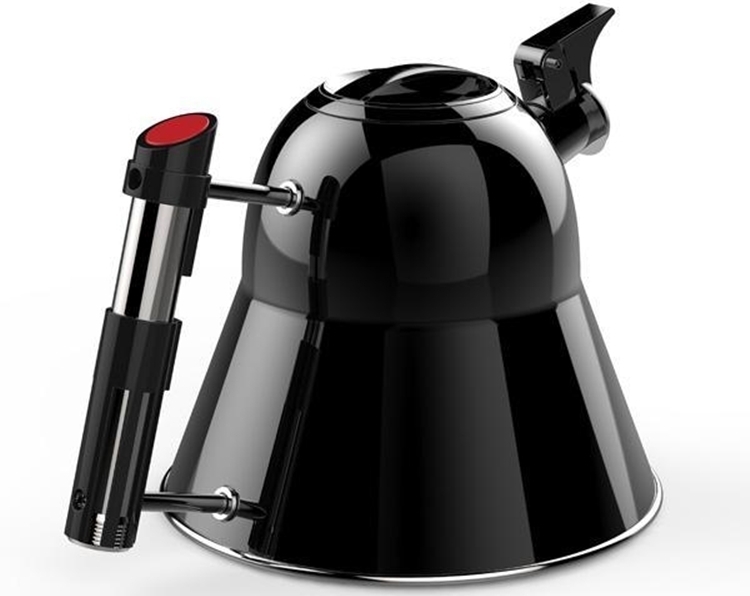 We don’t know if they drank tea over at the Galactic Empire, but if they did, we have a feeling all the Stormtroopers on a coffee break will be brewing it on a teapot just like this Star Wars Darth Vader Stovetop Kettle. I mean, would the Sith Lord really have it any other way?

That’s right, someone made a teapot that looks like Darth Vader’s helmet, so you can brew your tea on Anakin’s noggin protector, where it can be infused with the magical powers lurking within the dark side of the Force. Or something like that. 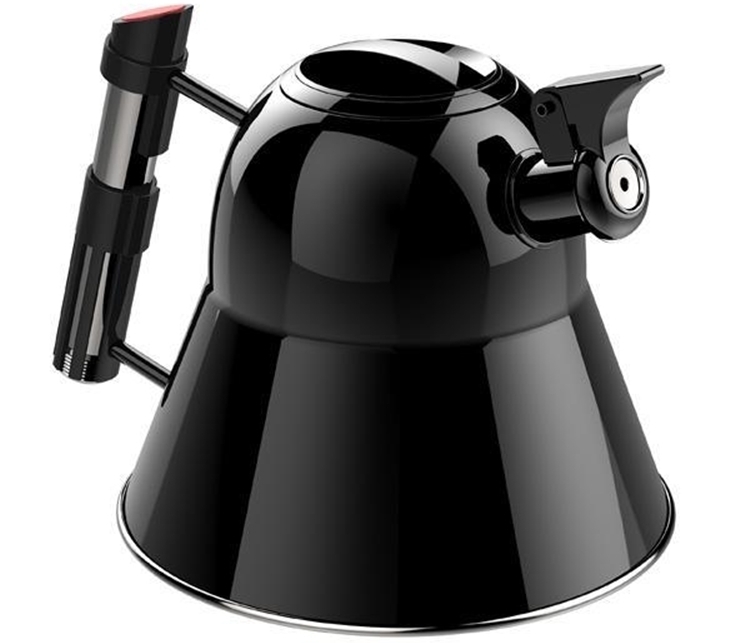 The Star Wars Darth Vader Stovetop Kettle comes in the iconic silhouette of Darth Vader’s helmet, albeit without the face details, so it’s not quite as blatantly fanboyish as other Star Wars collectibles. Basically, it’s the kind of merchandise you can probably get away with bringing home and showing the wife, since you can always pass it off as just an oddly-shaped all-black kettle. Tell her, it’s your macho kettle. You know, the one you will use to brew your macho man tea when you want to sip on something hot before going to bed. Yeah, we’re sure that will work.

Apart from the Darth Vader shape, the kettle mimics the helmet’s shiny black finish, so it should look a lot like the Sith Lord’s headgear when viewed from behind. As an added, they tacked on Anakin’s lightsaber as the handle, which is fused to the helmet, so it’s weird as all heck. Then again, when you collect Star Wars merchandise like people once collected stamps coins and stamps (maybe they still do that today?), weird is probably something you’re quite accustomed to being around. Sadly, the lightsaber is non-functional, so you won’t be able to use this as a sword when participating in a Star Wars LARP. 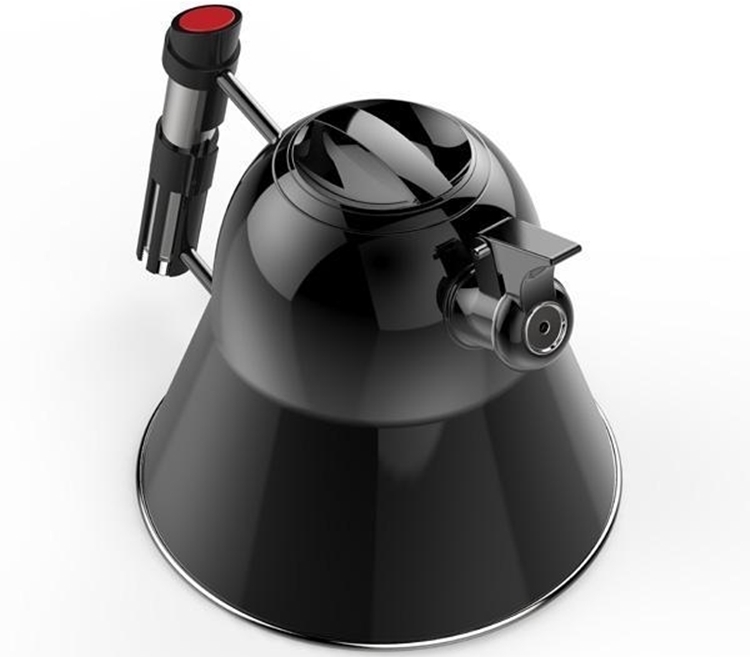 The Star Wars Darth Vader Stovetop Kettle is made from stainless steel, so it should work with all kinds of cooktops, from gas and electric to modern induction stoves. It comes with a short spout that should make those jarring whistles once the water inside has started boiling and the steam is raring to get out, at which point you can pretend Vader is so angry smoke is coming out of his head. You know, it’s kind of funny. It measures 9 x 7 inches (height x diameter), with a 1.7-liter capacity, so you should be able to boil enough water to make tea for a small group of friends playing Star Wars X-Wing with you on a Saturday afternoon while munching on Darth Vader pancakes. 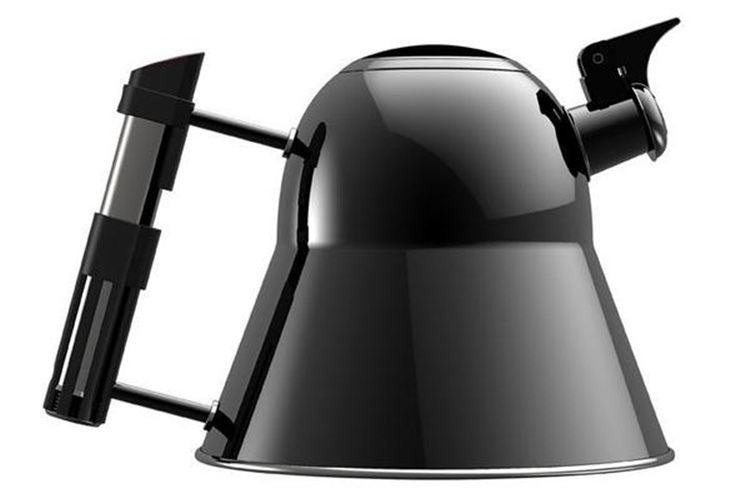 Do note, this isn’t designed for use as a teapot, which means there’s no filter inside to catch leaves when you’re pouring, so you’ll have make your own accommodations on that end. Instead, it’s, pretty much, a standard whisper kettle, albeit with the ominous Darth Vader silhouette greeting you in the kitchen.

Want one? The Star Wars Darth Vader Stovetop Kettle is currently on preorder over at the Fowndry. Price is £49.99.