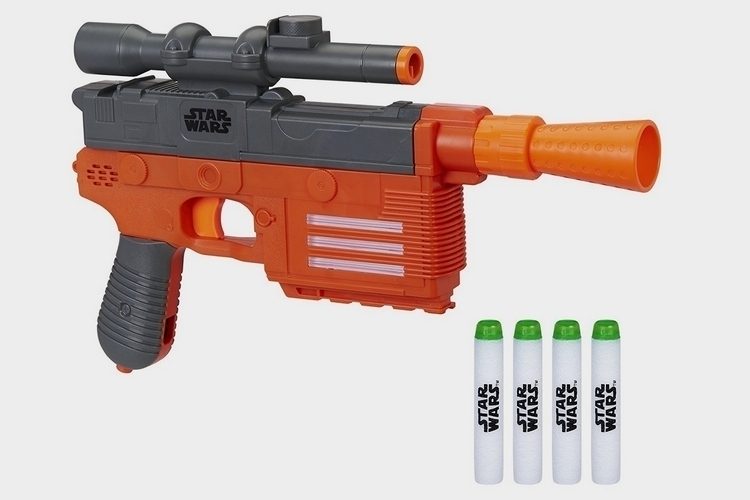 Pistol-style blasters are cool and all, but there’s absolutely nothing exciting about them. Sure, you’ll keep them around as a sidearm, only getting pulled out when your primary weapon runs out of ammo, but they’re usually treated as an afterthought. But what if your puny single-shot blaster is based on one of the most iconic movie weapons of all time? That’s exactly what we’re getting with the Star Wars Nerf Han Solo Blaster.

That’s right, Nerf is recreating Han’s heavy blaster pistol in foam blaster form, so you can engage in office warfare while pretending to be a smuggling scoundrel shooting your way out of a bad situation (don’t forget to wear your Han Solo shoes while you’re at it). Unlike the pistol from the movie, ammo shot out of this thing won’t penetrate Stormtrooper armor, although it will definitely make you feel like you’re Han Solo while engaging in firefight, whether you’re in the backyard with the kids or in the pantry with other goofballs in the office. 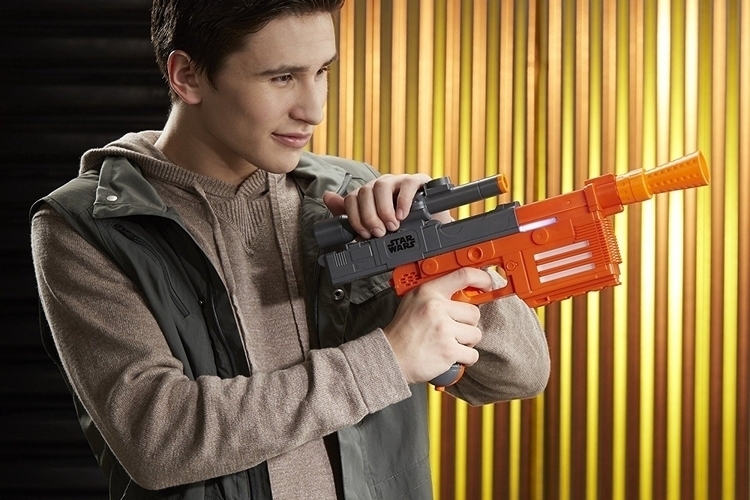 The Star Wars Nerf Han Solo Blaster recreates the likeness of the iconic movie weapon, albeit in an unmistakably Nerf styling. You know, heavy on the bright colors, instead of the weathered metallic shade of the one in the movie. Truth be told, it probably needs to be pointed out that this is Han Solo’s DL-44 because it’s easy to mistake it as just another elaborately-style Nerf blaster. It does manage to recreate the shape, though, so if you’re into doing some paint and weathering work, you could get it to look a little more like the real thing.

Unlike your standard Nerf, this comes with laser blast sound effects that are meant to be similar to the sound of the weapon from the movie. Sure, you’re still firing soft foam darts at your enemies, but with the added sound, the erstwhile singular ammo you’re unloading should feel a lot more substantial. To make it look like you’re shooting lasers like they do in the movie, the blaster uses glow-in-the-dark darts (GlowStrike), each of which is charged inside the blaster before firing, so it looks like any ordinary foam dart when loaded, all while glowing the moment it flies out. 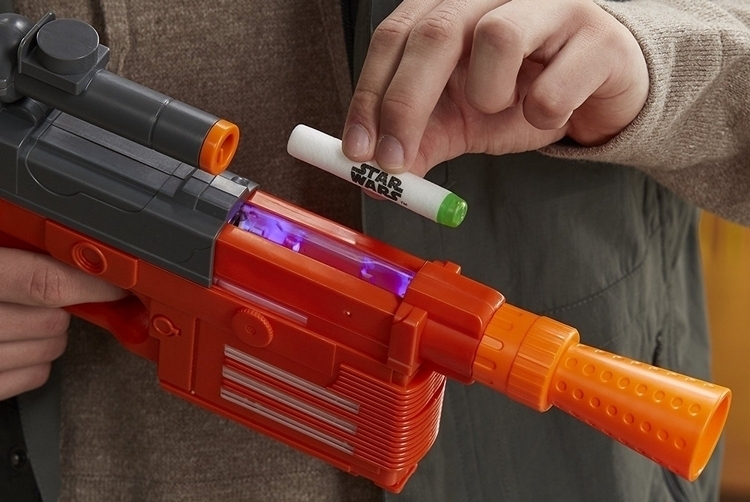 The Star Wars Nerf Han Solo Blaster has a built-in scope similar to the pistol Han Solo uses, which you can use to make sure your opponent is in the crosshairs before pulling the trigger. Do note, the scope isn’t removable, so you can’t take it off during those times you want a smaller sidearm. Move the scope back to provide access to the internal clip, which holds up to four GlowStrike darts at a time, so you don’t have to keep reloading after every shot. 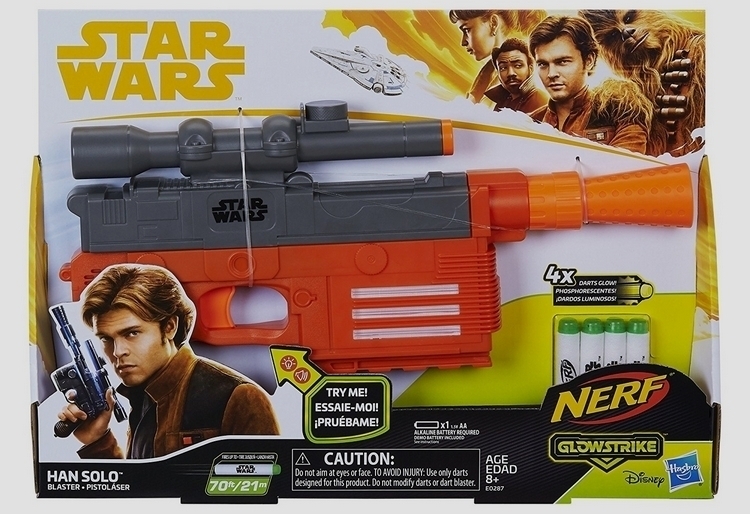 As with most powered Nerfs, it can shoot foam darts at a distance of up to 70 feet, allowing you to use a pistol for some long-range sniping, especially with the scope built in. It powers using a single AA battery.