Star Wars Stormtrooper Bathrobe: How To Relax At Home Like A Galactic Empire Soldier 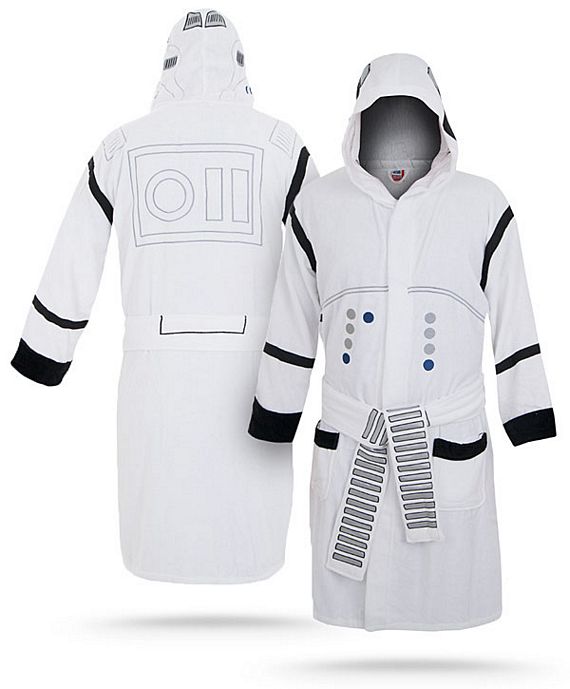 Stormtroopers look awesome — that’s a fact.  Being a Stormtrooper, though, probably isn’t as awesome, getting bossed around all day and ending up a casualty any minute.  Plus, walking the city streets with that armor on probably isn’t the greatest thing for your dating life.  Maybe it’s better to just spend your days being a closet Stormtrooper.  This Star Wars Stormtrooper Bathrobe should be perfect for chilling out like an elite soldier of the Galactic Empire from the comfort of your own home.

An officially licensed Lucasfilm collectible, it’s a bathrobe styled after the Stormtrooper armor found in the Star Wars films.  That way, you can dress up in battle armor without being constrained by all that heavy and bulky gear. 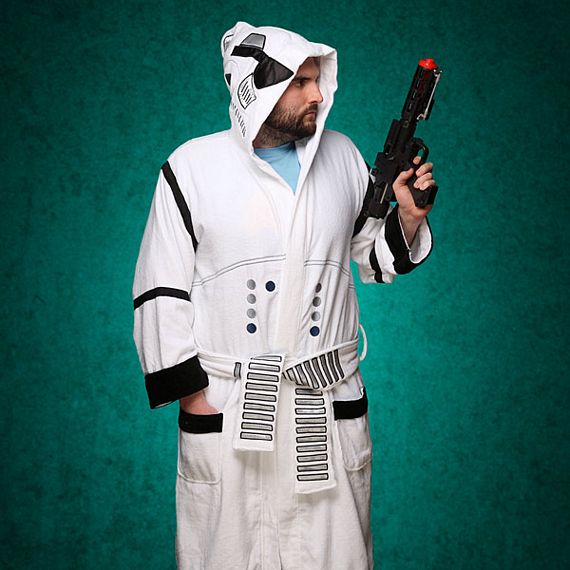 The Star Wars Stormtrooper Bathrobe is a warm and soft robe made from 100% cotton that should wear just as comfy as your favorite open-fronted gown (which, being a Star Wars diehard, probably isn’t the Star Trek Robe).  It measures 49 inches long and 34 inches in the arms, with enough room to fit waistlines up to 50 inches.  Granted, it doesn’t look quite as aggressive and battle-ready as the actual Stormtrooper uniform, but it looks close enough with the white, gray and black color scheme, along with a good amount of details all throughout the robe.  It comes with a pair of front pockets, as well, where you can slip in whatever toiletries you want to bring with you while in the shower.

Fortunately, donning the Star Wars Stormtrooper Bathrobe doesn’t actually give you the same bad aim as some of the goofier soldiers in the movie, so you should hit the toilet spot-on even while wearing this thing.  It’s available from Thinkgeek, priced at $69.99.