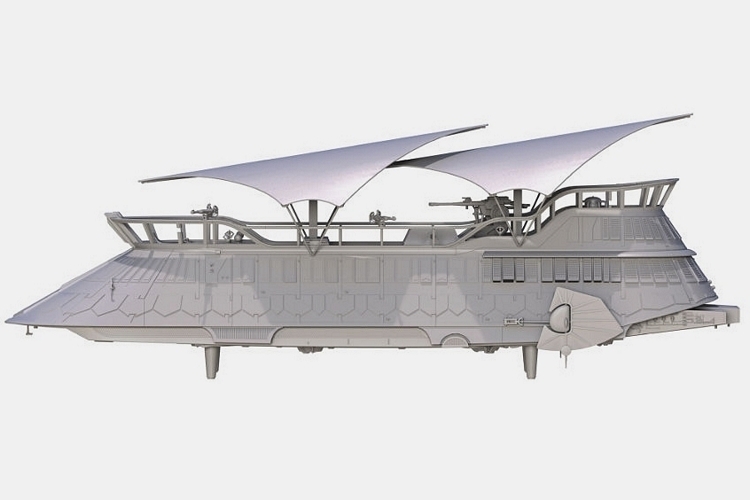 Over the weekend, Hasbro unveiled HasLab, a crowdfunding platform for the company’s less-mainstream toy creations. Along with that comes the company’s first crowdfunded toy: the Star Wars Vintage Collection Jabba’s Sail Barge.

Why would a large company like Hasbro bother with crowdfunding a toy? Mostly, because it’s no ordinary toy. In fact, it’s the kind of toy that only avid collectors with a decent load of disposable income are likely to pick up, which is why the outfit thought it best to use crowdfunding to ensure there’s enough interest before actually manufacturing it. 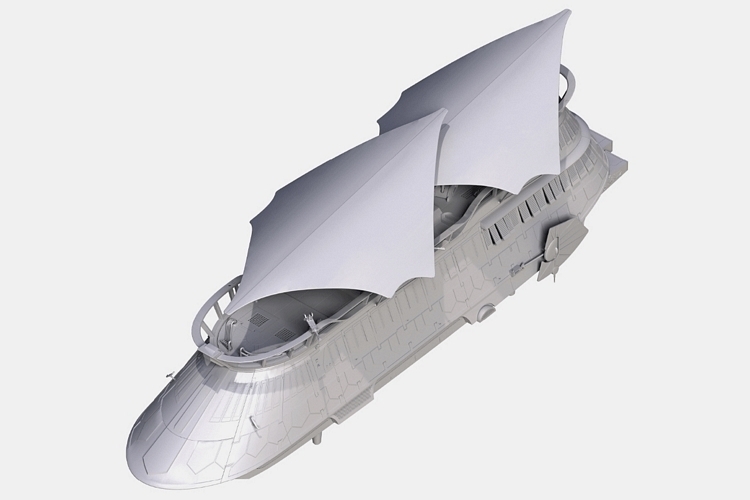 Star Wars The Vintage Collection Jabba’s Sail Barge is a plastic recreation of the Khetanna, Jabba the Hut’s 500-passenger atmospheric transport machine. Quite possibly Hasbro’s biggest Star Wars toy yet, it measures 49.4 x 14.6 x 17 inches (length x width x height), making it quite an imposing addition to any toy collection. Seriously, that’s over four feet long, which means most fans probably won’t even have room for it in their shelves. In exchange for the potential inconvenience, you get a giant Star Wars toy that’s sized just right for Hasbro’s line of 3.75-inch action figures, so you can load all your Star Wars character on the darn thing to fly them around your house.

It has removable side panels that allow you to access the inside section of the barge, so you can have your Rebel Alliance characters hide inside when the Stromtroopers come looking. The two fabric sails on top are completely removable, too, in order to give top deck access to the rest of your action figures. Sadly, we don’t think this can fit over 500 action figures like the vehicle in the movie, although you can definitely cram enough of them to make it look really busy. 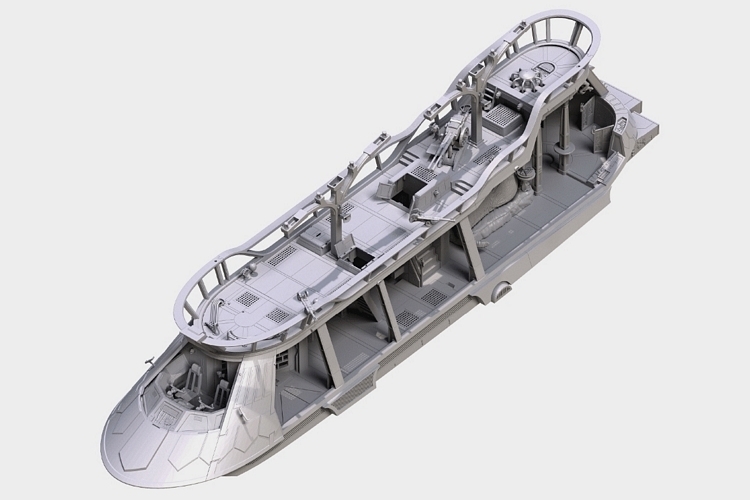 Star Wars The Vintage Collection Jabba’s Sail Barge come with a whole load of details, most of which is revealed when you remove the panels and the sails. These include the two person cockpit, which comes with a full instrument layout and navigation system, as well as a prisoner’s cell with a sliding door, shackles, and even a Hammerhead skeleton inside. Heck, there’s a drop door from the top deck straight to the cell. There’s also a galley (with a grill top, sink, and even meats), an armory (with a repair bench and storage racks), and Jabba the Hut’s ornate lounge, complete with a 3.75-inch action figure of the powerful crime lord. 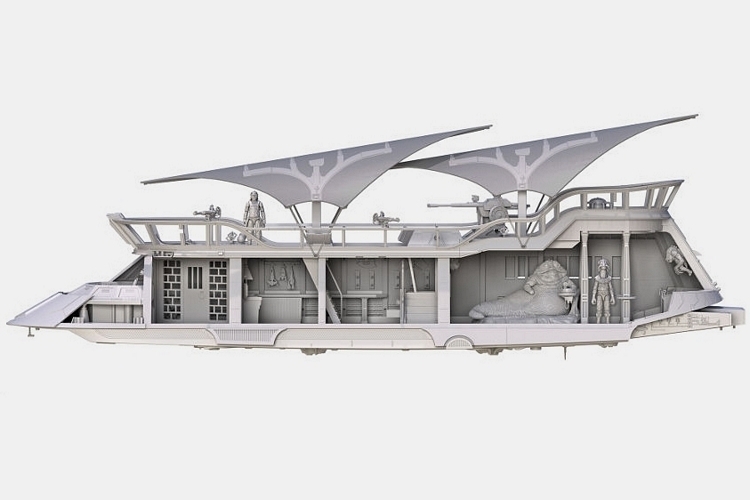 Since every Star Wars vehicle needs weapons, it comes with two rotating cannons that can be placed at any of six strategic positions at the top deck’s rail, so the barge’s occupants can defend themselves when there’s any sort of trouble. Other details include a smuggler’s compartment in the armory floor, operational shutters on the side of Jabba’s lounge, and even grates on the top deck to provide some light to the lower level. Do note, the darn thing comes in a single plain color, so you’ll probably have to paint it on your own if you want to make it look like the sail barge from the movie.