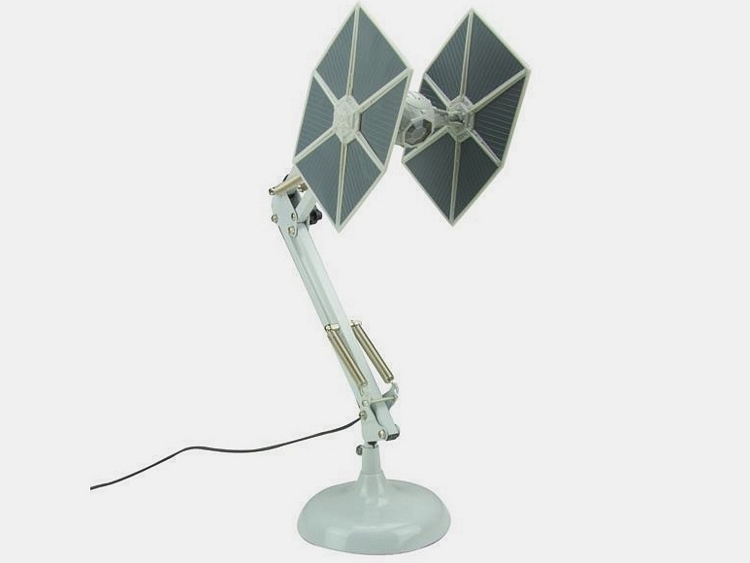 Having a large Star Wars toy drawing all attention on your work desk? Tacky. Replacing that large toy with this Star Wars TIE Fighter Poseable Desk Lamp? Still tacky, but the fact that it’s an actual desk lamp gives you the perfect excuse to keep merchandise from your favorite franchise out in the open at all times.

A desk lamp based on the classic Anglepoise design, the lighting unit turns one of the Empire’s “eyeball” starfighters into a lamp head that’s perched atop an articulated arm so you can face it at any desired position. That way, you can have a TIE fighter hovering over your desk, providing much-needed lighting to let you carry out your duties, whether you’re clearing your inbox in the morning, reviewing reports in the afternoon, or burning the midnight oil finishing a script. 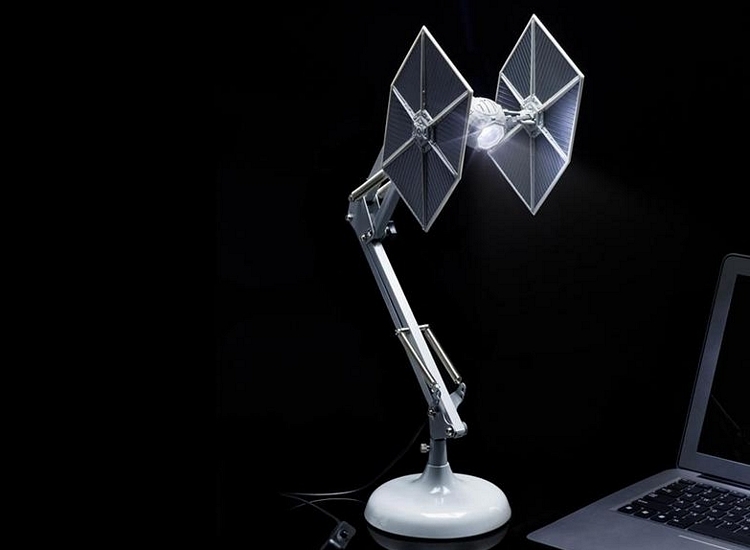 The Star Wars TIE Fighter Poseable Desk Lamp puts a TIE fighter on top of a traditional balanced arm that uses multiple springs to provide the necessary tension to keep the whole thing stable when it’s locked in position. Two joints on the arms allow you to orient it at various heights and angles, while a third joint on the TIE fighter’s connection lets you shine the light at the exact position you need to better see the keyboard you’re typing on, the book you’re reading, or the circuit board you’re soldering.

When fully extended, it stands 23.6 inches tall, all while going as low as a couple of inches from the desk surface with the arms completely folded. This flexibility allows for nearly unlimited positions, especially since you can simply rotate the base in order to face it at a different angle, so you can have the TIE fighter flying high, low, or anywhere in between.

The Star Wars TIE Fighter Poseable Desk Lamp doesn’t come with actual twin ion engines or even solar panels on the wings, so it can neither propel itself forward nor power itself by harvesting energy from the sun. As such, it has a USB cable that you’ll need to plug in to a PC or any charging outlet to keep the LED shining. No details on the actual LED used on the darn thing, but we imagine it’s whatever’s standard for a USB-powered desk lamp.

Is this going to be distracting at the office? A little bit, especially the first few days you use it. We mean, it’s a TIE fighter flying on your desk. That’s awesome. At the end of the day, though, it’s a legit functional lamp that people will get used to and eventually barely notice. When that happens and you feel bad about your TIE fighter being ignored, the solution is, of course, simple: just buy a dozen of these things and put the whole fleet on your desk, which should make your cubicle look like the scene of a brewing battle during the Galactic Civil War.

The Star Wars TIE Fighter Poseable Desk Lamp is available for preorder, with a June 11 ship date, priced at £49.99.