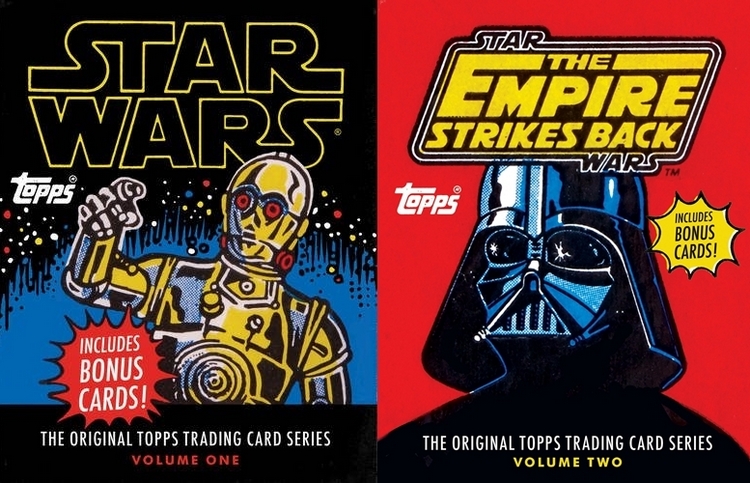 The first two Star Wars films came with an accompanying series of Topps trading cards, many of which are now considered highly collectible. If you’re not quite enough of a well-heeled fanboy to actually hunt down a complete set but still want to enjoy the collection, then a set of books chronicling every single card released should be enough to get you covered. That’s what Star Wars: The Original Topps Trading Card Series is all about.

A two-volume set, the book compiles every collectible trading card from the early days of George Lucas’ epic space opera along its pages, so you can enjoy the exact contents of each card both front and back. Sure, it’s not as fun as actually having a deck that you can shuffle and lay out, but it sure is a heck of a lot cheaper and more convenient than hunting the complete collection one by one. The first book in the Star Wars: The Original Topps Trading Card Series covers all 330 cards and 55 stickers from 1977 to 1978, along with movie facts, story summaries, actor profiles, and puzzle cards, while the second volume showcases all 352 cards and 88 stickers released for the 1980 sequel, complete with the accompanying character profiles, story cards, and puzzles. Both books by the way were authored by Gary Gerani, who probably created most of the same cards included in the books, along with Robert V. Conte, from whose collection all the photographed cards came from. You can now get the first book in the Star Wars: The Original Topps Trading Card Series, with the second available for preorder, with shipments slated for April next year.