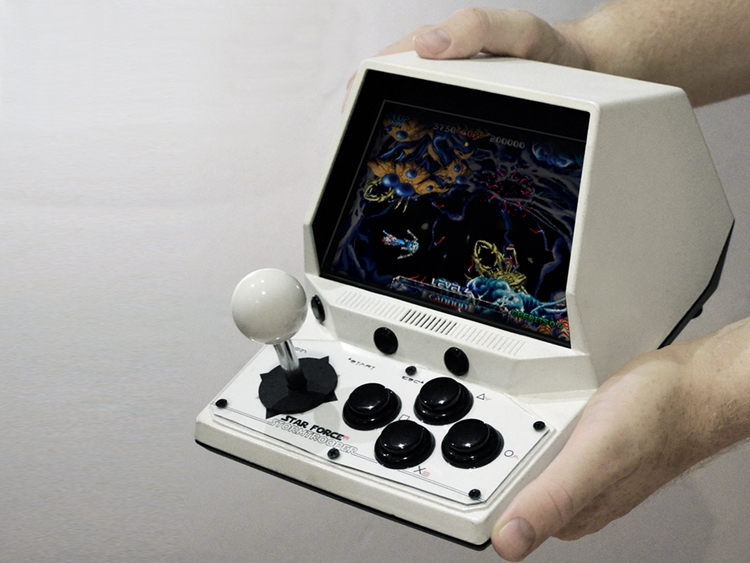 The Starforce Pi isn’t the first Raspberry Pi-powered arcade cabinet we’ve seen. If you’re looking for a capable system that’s portable enough to bring to a friend’s house or take with you during camping, though, it’s definitely the rig you should be looking at.

Measuring 15 x 18 x 25 cm, it’s small enough to carry inside a backpack or a gym bag, all while being easy to find space for during playing, whether on your home office desk, the kitchen island, or on your lap while on a long trip.   With a 4.2-inch screen, though, you won’t have to squint to see what’s going in during play, so the size doesn’t hamper the console’s playability. 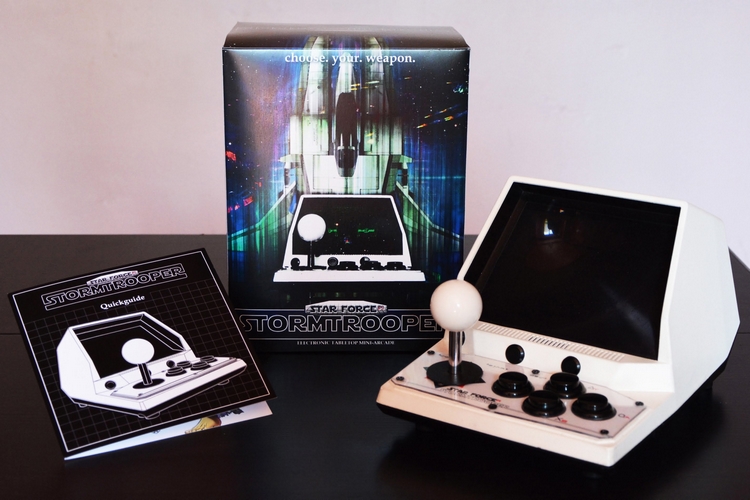 Made with the goal of recreating the retro arcade experience, the Starforce Pi’s displays games at the original resolution (320 x 240) and aspect ratio (4:3) they were intended to be played, apart from using a screen that’s sunken behind a magnified, tinted window, similar to the arcade setups of old. The visuals are accompanied will full sounds, courtesy of onboard stereo speakers, along with an available 3.5mm slot for playing with headphones. For controls, it comes with two options in joysticks (a standard eight-way micro-switch or a Sanwa joystick) and four 24mm arcade buttons, with accompanying buttons for power, reset, coin, start, and select.

Features include two options in processors (Raspberry Pi or the much-faster Pi 2), an HDMI out for plugging into a TV, two USB ports, and a 3,000 mAh battery good for five hours of gameplay. It uses a modular case design, along with an easily modifiable electronics setup, for easily hacking it into whatever the heck you want.

A Kickstarter campaign is currently running for the Starforce Pi. Pledges to reserve a unit starts at €199.