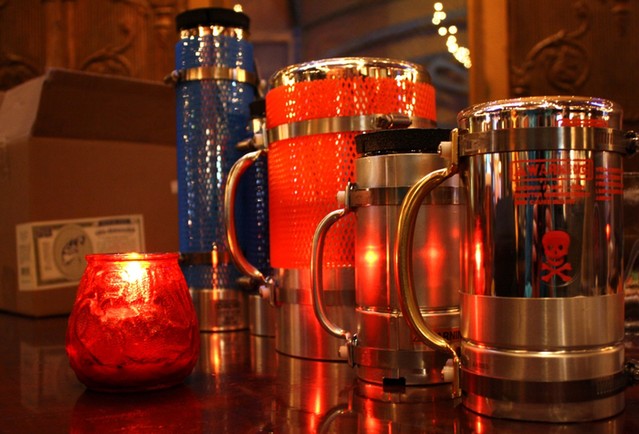 We love scientists.  Even evil ones.  Without them, the world wouldn’t advance to where it is today.   None of mankind’s greatest discoveries will be of value, though, if we can’t celebrate them with cold beer.

That’s why our heartfelt appreciation goes to one brilliant scientist, without whom the world will never know the potential for perpetually cold brewskies: UC Berkeley’s “health physicist,” the Herr Direktor, who invented the Steins of Science.  No such thing as perpetually cold beer?  Probably.  However, his scientific beer mug cuts it close, facilitating a temperature-preservation mechanism that’s “100,000 times more powerful” than the average thermos. 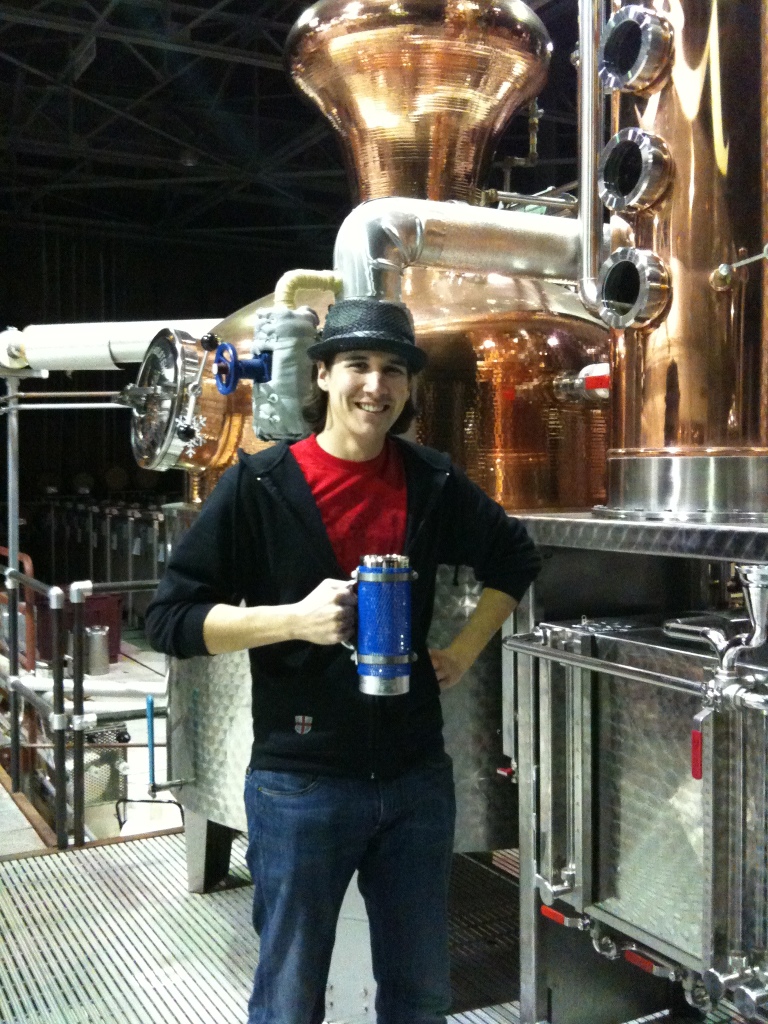 Made from two layers of silvered glass with a vacuum between them, it whittles the possibility of conduction, convection and radiation down to negligible amounts.  That means the beer you poured one hour ago will still be as cold an hour from now – even with no ice.

Stein of Science vessels vary in size, from a conservative, aluminum-wrapped 11.8 oz glassware to the generously tall 1000ml three-bottle snogger to the massive 4300ml ChemKeg Dominator.  Each one keeps the beer’s chill safe from the world at large, allowing you to enjoy your favorite brew even while letting it stew for extended periods. 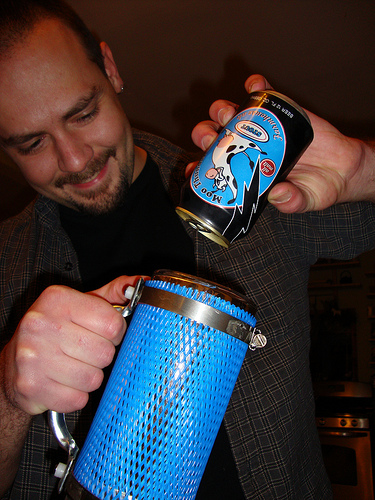 The creator was a former cryogenics technician at the Amundsen-Scott South Pole Station.  Yep, that’s cryogenics and South Pole.  Plus, he was also the unofficial bartender at the facility, which makes his thermodynamics-bending creation a perfect fit for his skill set.  He’s got the steins available at his Etsy shop (link below).