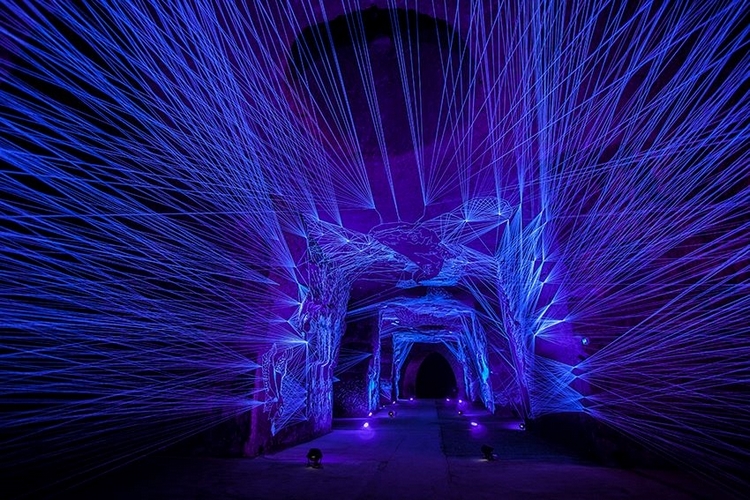 Despite the name, Stellar Caves has nothing to do with dark underground tunnels inhabited by bats and maybe the Cyclops (and where some people put giant trampolines because it sounds crazy). Instead, it’s a series of art installations that cover an entire site in a glowing tapestry reminiscent of a star-filled sky that’s staring you up close, making an erstwhile regular room look like a portal to another dimension.

Created by French artist Julien Salaud, the series features rooms adorned with polygonal depictions of people, animals, and creatures that appear to be human-beast hybrids, their shapes forming out of intersecting glowing lines. Each installation is huge and busy, filled with multiple static figures interacting in different ways, covering walls and ceilings in a mass of illuminated lines. 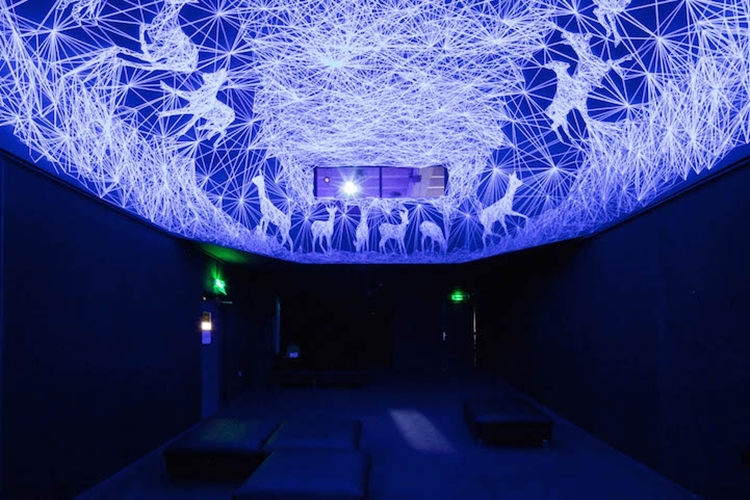 While Stellar Caves look like a sophisticated light show, it isn’t. Instead, each of the glowing lines are made from cotton threads that are coated in ultraviolet paint. Precisely-placed nails along ceilings and walls serve as anchors for winding the threads around, allowing them to form the multitude of geometric depictions included in each one. Seriously, this is intense, with so many things going on you can spend an entire day admiring the darn thing. 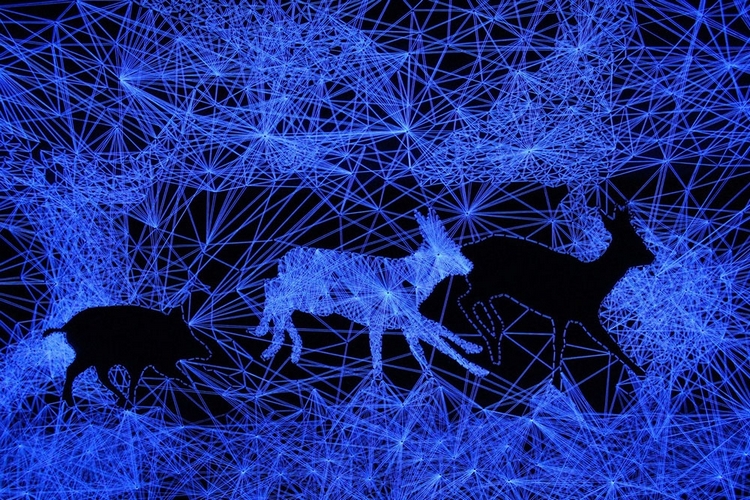 With the lights turned on, each installation looks like a giant spider took ownership of the place and created a giant web to mark its territory. Turn off the lights, switch on some UV shiners, and the whole thing takes on another life, though, looking like something straight out of big-budget sci-fi spectacle. 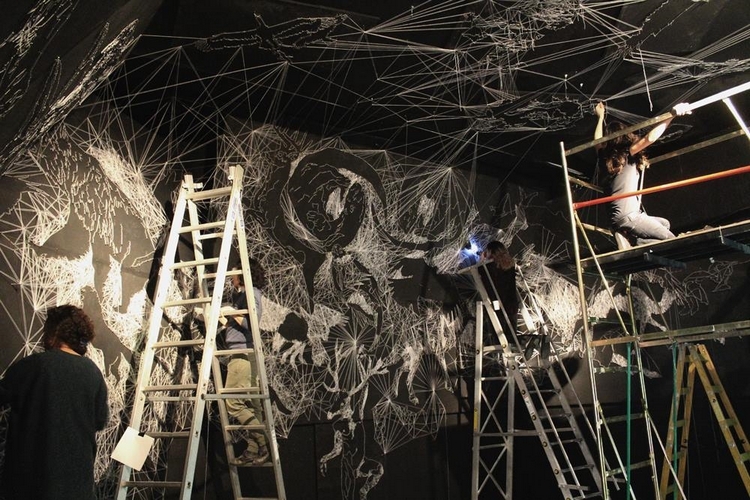 Stellar Caves IV, one of the artist’s largest installations, was recently shown at the Herzliya Museum of Contemporary Art. Check out Julien’s Facebook to learn more. 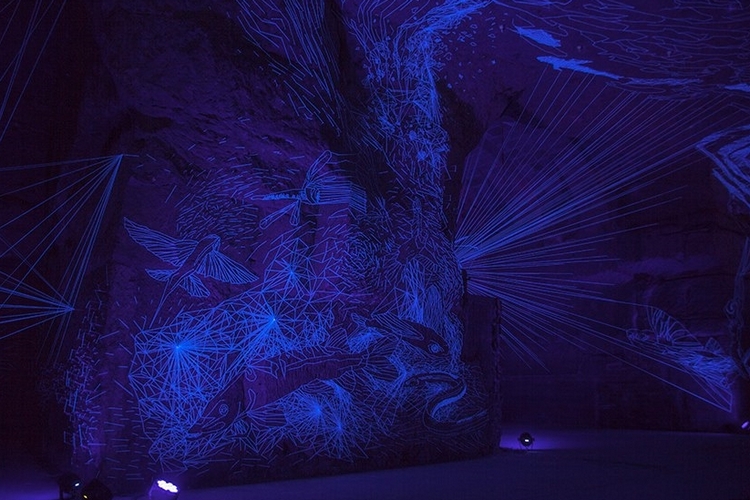