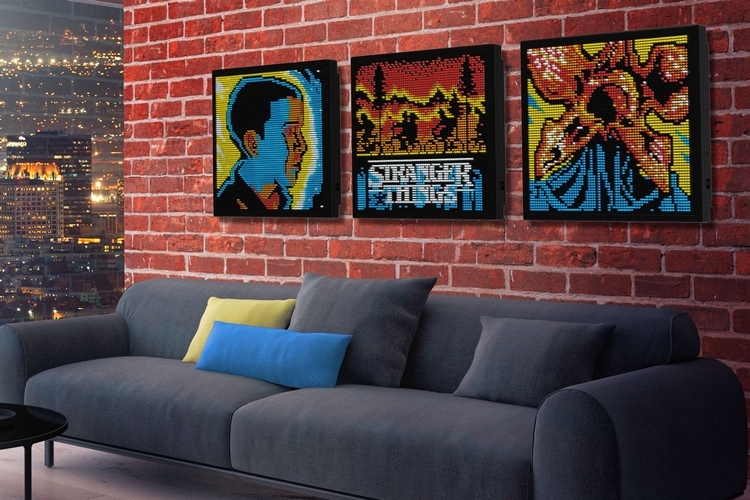 While this isn’t the first time Lite-Brite is releasing a set based on Stranger Things, their past sets have all been based on the outfit’s standard-sized pegs. That means, you’re only able to construct 2D images that look like they’ve been fashioned during kindergarten class. Basically, they don’t look all that great. With the outfit releasing their mini-peg lightboards a while back, though, we had a feeling they will make their way to their licensed sets soon enough. That’s exactly what happened with the new Stranger Things Lite-Brite Deluxe Wall Art.

Just like their original Wall Art set, the kit allows you to fashion pixelated-style wall art using the outfit’s lightboards and miniature pegs. Except, in this case, they come with colored pegs and step-by-step instructions for putting together displays with a Stranger Things theme, allowing fans of the show to decorate their walls with light-up pixel art straight out of the Netflix show. 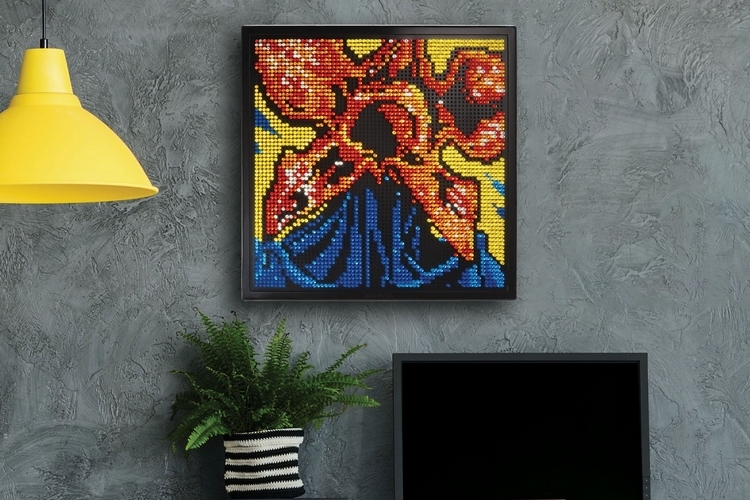 The Stranger Things Lite-Brite Deluxe Wall Art consists of a lightboard that measures 16 x 16 inches and 6,000 mini-pegs in assorted colors that you can use to create each individual pixel in the image. The board comes with a grid of holes across the front sized to accommodate the pegs, so you simply need to insert them to put together whatever art you’re making.

Similar to the outfit’s other lightboards, the set comes with LEDs (45 of them, in fact) that you can use to turn it into a light-up 2D display. It can be powered using batteries, so it can look like any framed art on the wall, although they also included a USB cable if you’d rather not swap fresh batteries every time it runs out. A power switch lets you quickly turn the LEDs on and off. 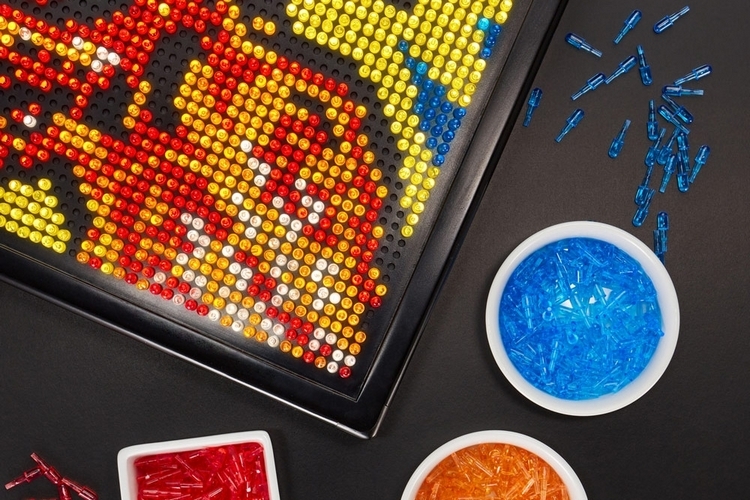 The Stranger Things Lite-Brite Deluxe Wall Art comes with instructions for using the pegs to create three different designs. First is a Stranger Things title art showing silhouettes of the kids on bikes and the show’s title underneath. If you’d rather have a pixelated portrait of Eleven hanging up on the wall, that’s an option, too, although the resulting image can pass off as, pretty much, anyone with cropped hair and Caucasian features. Still, it looks quite nice. The third option is an image of a Demogorgon, which definitely looks like the terrifying creature from the show, so you can hang this on its own and people won’t mistake it for anything but a Stranger Things display. 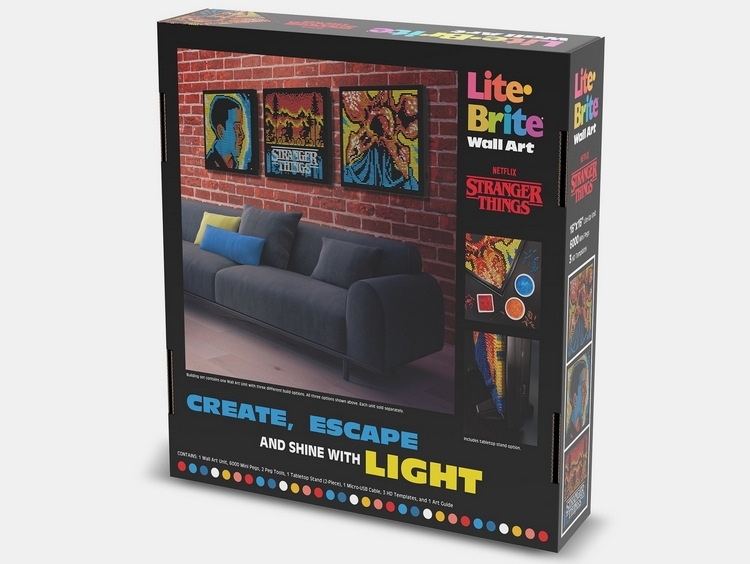 Of course, if you’re a real Stranger Things fan, the best thing to do is to buy three sets of this thing, so you can display each image right next to each other, allowing you to turn a patch of wall in your home into a tribute to the happenings in Hawkins, Indiana from way back in the 80s. Like other Lite-Brite sets, you can also fashion it into any image you like and even throw in mini-pegs from the other sets to add new colors to the mix.