Stranger Things: The Ultimate Pop-Up Book Lets You Relieve The Upside Down In 3D Papercraft 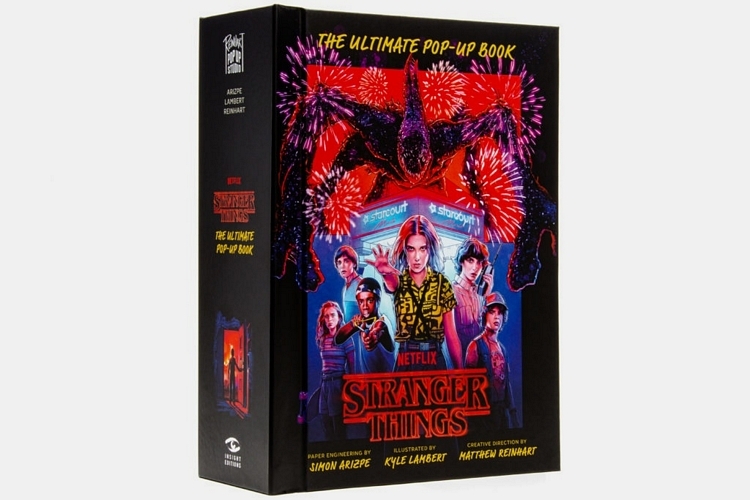 You’ve rewatched the past three seasons and just finished the fourth. Now, you have to wait another year to get a new chapter in the fun adventures of the gang from 1980s Hawkins, Indiana. If you find yourself wishing you had new episodes to watch while you sit on the living room couch and flick through the Netflix menu on TV, maybe you can get your fill scrolling through the Stranger Things: The Ultimate Pop-Up Book instead.

Published by Insight Editions’ new imprint Reinhart Pop-Up Studio, the book gives readers an abridged retelling of the strange events that went down in the otherwise sleepy small town, allowing you to enjoy the gang’s supernatural adventures in an entirely new way. Will it be as fun as having a new season to watch? Probably not, but it’s a great way to stay connected with your favorite show if you’re not quite up to rewatching the episodes for the umpteenth time. 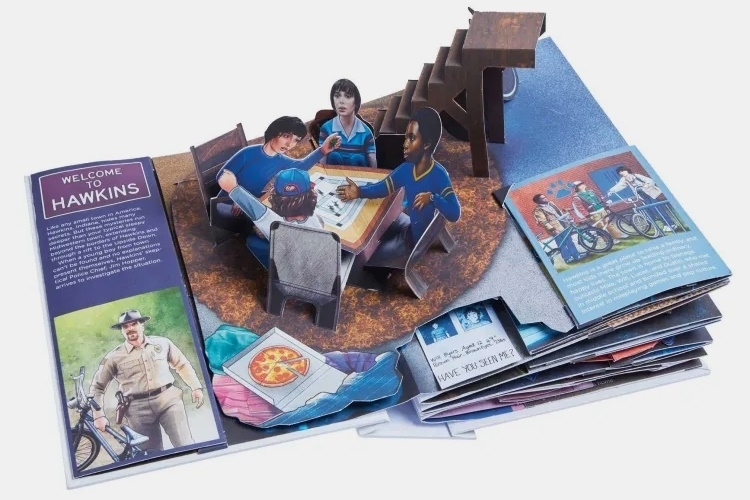 The Stranger Things: The Ultimate Pop-Up Book offers readers a guide to the small town of Hawkins and the Upside Down in words, illustrations, and, of course, gorgeous pop-up spreads that recreate some of the series’ most iconic scenes in 3D papercraft. Just like the show, it opens at the Wheeler family’s basement, with the four boys engaged in D&D roleplay just like many kids their age back in the 80s. From there, things get much, much stranger, as the spreads depict various memorable scenes in 3D, such as the gang cracking the Russian code at Scoops Ahoy and that oh-so-thrilling showdown with the Demogorgon.

Of course, it doesn’t present a blow-by-blow account of things, since four seasons of programming is a lot to fit into a single pop-up volume. In fact, it only comes with five spreads, with each spread getting multiple pop-up scenes to give readers a good overview of the things that transpired there. 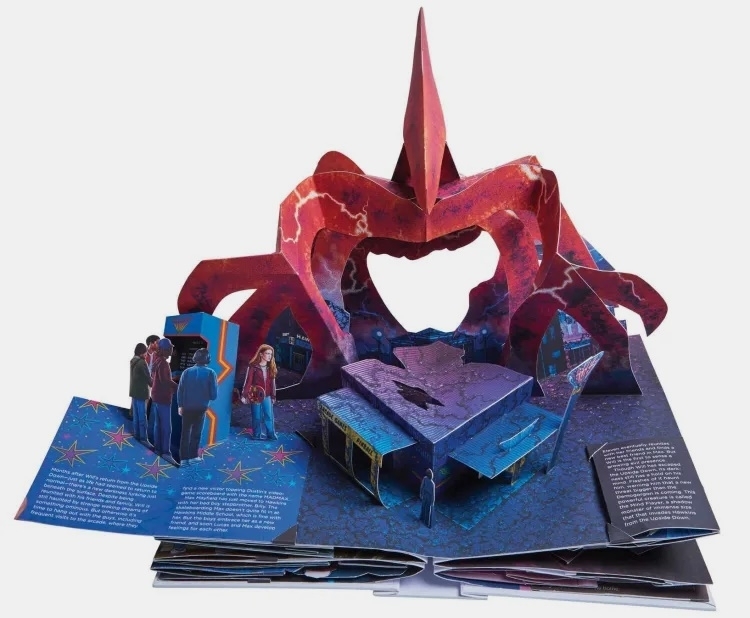 The Stranger Things: The Ultimate Pop-Up Book is a densely-packed, fully-illustrated hardcover, so fans of the show who enjoy colorful 3D recreations would absolutely enjoy having this in their collections. The book is coffee-table sized at 11 x 8.5 inches, making this a great piece to keep lying around somewhere in the living room, ready to peruse any time you get a hankering for some 80s-themed fantasy entertainment.  It’s designed by paper engineers Matthew Reinhart and Simon Arizpe, two of the most accomplished folks in pop-up book design, with illustrations done by Kyle Lambert, who also illustrates key art for the Netflix show. 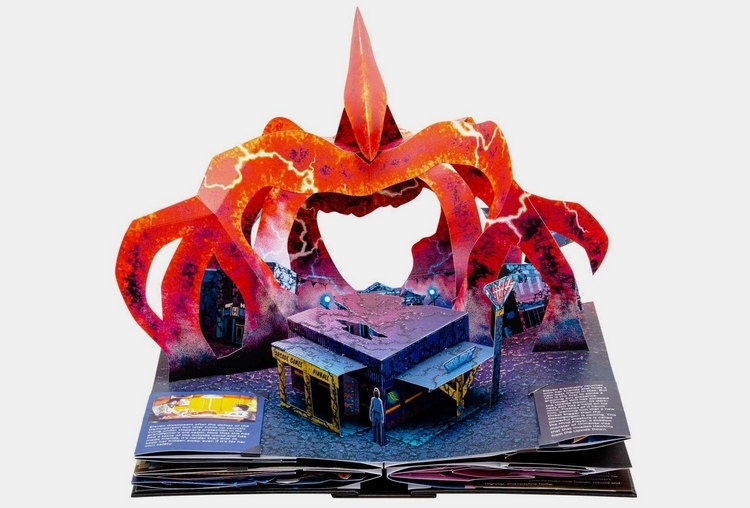 Sadly, you won’t able to get your fix within the coming days, as the book won’t actually be hitting shelves until August 30. In the meantime, the fourth season is still fresh enough that you can probably rewatch it in a couple of weeks and still be entertained while you wait. That… or you can try to find something else to watch with that Netflix subscription, which would probably be a good idea.

The Stranger Things: The Ultimate Pop-Up Book is now available for preorder.