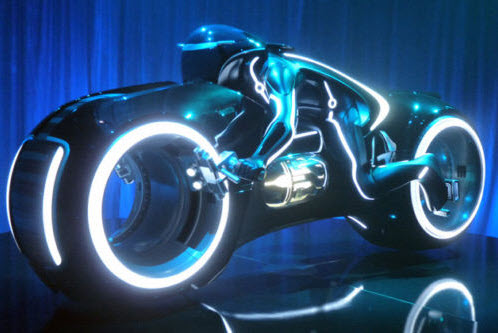 Remember that awesome, real-as-life Batpod replica that showed up on eBay not long ago?  Well, the same crew behind it are putting their masterful building skills in a new motorcycle.  This time ’round, they took the Lightcycle from the 1982 sci-fi flick Tron and produced fully-working, street-legal versions.

A total of five motorcycles are available, each one built according to the exact looks and dimensions of their movie counterparts.  And unlike the props they used in the film, these faithful recreations can do more than turn women off with your sci-fi nerdery – you can ride them on your way to the cinema to watch the upcoming Tron: Legacy movie. 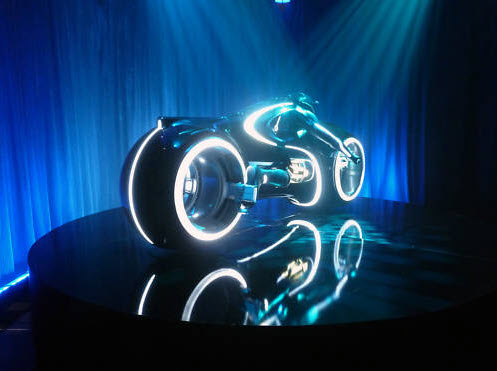 The custom-built Lightcycles use a mish-mash of different bike parts, including components from Harley, Honda, Yamaha, Suzuki and Kawasaki motorcycles.   Built on a 2-inch hardened steel frame, it features a black carbon fiber and fiberglass body, hubless wheels with specially-ordered tires from Hoosier (you’ll have to request replacements separately), neon lights set up behind frosted plexiglass and a neon glow that exits from the back to simulate the colored trail they produce in the film.  If all that sounds awesome, that’s because it is.

Each of the five bikes gets differently-colored accent lights to set them apart, so better BIN early if you want to get a specific color (red, blue, yellow, green and orange are available).  All of them will get individual vin numbers (001 to 005), with creator Parker Brothers Choppers giving a guarantee that they won’t produce any more past that to allow the bikes to retain their value.  Buyers can choose to have their motorcycle outfitted with either an electric motor or a gas engine.  Oh yeah, each purchase comes with a TRON-style helmet, too (not DOT-approved, though).

Base price is $35,000, with additional customizations available, but subject to further charges.