StreetFlyer Lets You Glide Without Leaving The Ground 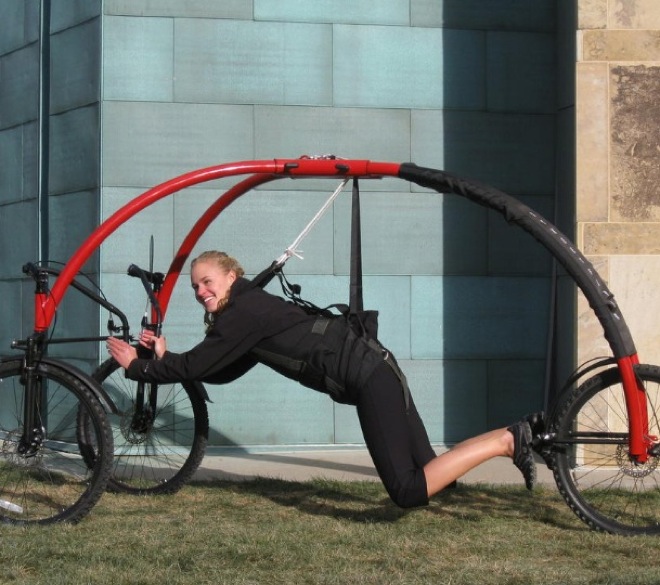 Whether by gliding or strapping on a jetpack, flying like Superman is awesome.  Throwing up from your stomach turning because of the dizzying heights — not so awesome.  The StreetFlyer makes for a less-satisfying, but workable compromise.

Created by Dr. Carsten Mehring, this flying machine is actually a wheeled contraption that’s probably best described as a trike without pedals.  I know, that sounds silly but I bet its still fun.  Since there’s no motor installed, you set the “vehicle” in motion by running.  Once you’ve gained some momentum (preferably on a downhill path), you can then hook your legs to a bar in front of the rear wheel, getting yourself in a “hang-gliding position.” Voila, you’re flying. 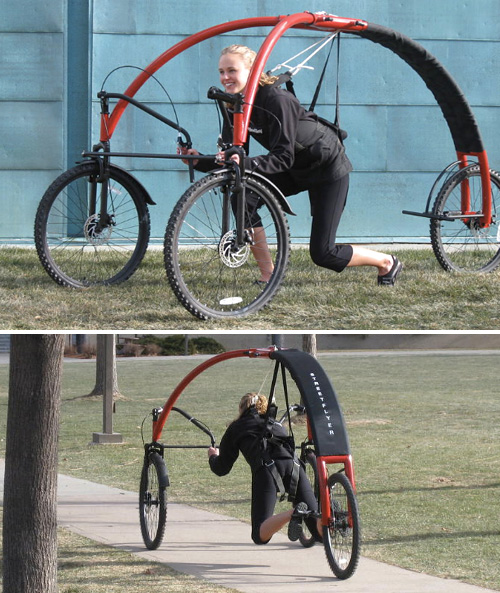 The StreetFlyer features a tripod dome-like carbon fiber frame attached to three wheels.   A harness where you can strap yourself is anchored at the center of the frame, allowing you to stretch out in a prone position for flying three feet above the ground.

Steering is accomplished using a mechanism based on bicycles, except the handlebar is extended between the two front wheels.  According to Carsten, they’re currently developing a version of the steering that’s a lot closer to those found on hang-gliding setups, which should feel more natural to the prone position.

A potential commercial version of the StreetFlyer is reportedly in the works.  Called Moeve (German for Seagull), the vehicle will follow the same concept, albeit in a bigger, heavier and, likely, safer form.  If they can throw in an electric motor (so I can be in perpetual “flight” mode), this thing looks like a seriously awesome recreational ride.