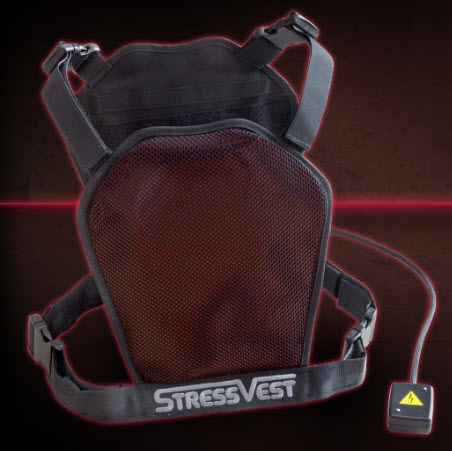 Playing laser tag and airsoft make good simulation for shooting enemies in the battlefield.  What it doesn’t prepare you for is getting hit by a real bullet that pierces through your flesh.   Wearing a StressVest can take care of that.

Developed for training use by military and police, the vests can deliver situational-specific pain penalty during reality-based training.  Since the shocks and vibrations are electronically programmed, they can be set to mirror realistic levels, so you’re better prepared for the hurting that follows after being shot in the field.  Don’t worry, though, each shock only lasts less than one millisecond, so your buddies don’t have to see you cry for extended periods. 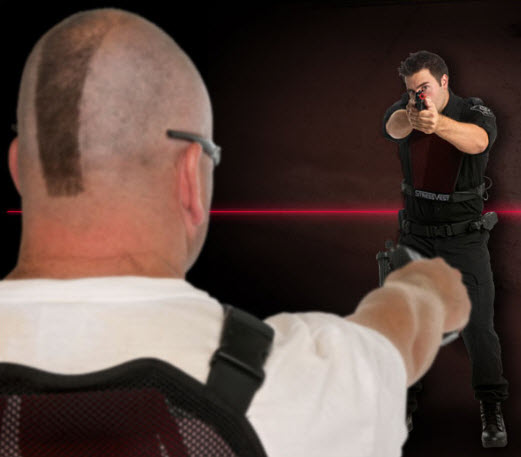 Each hit you sustain during training will increase the StressVest’s pain penalty.   That means, if you get hit once and it hurts like hell, it’s going to hurt even more the next time you leave yourself exposed.  You also get random pain penalties during the rest of the session even if you’re not hit again, since that’s what’s supposed to happen after you’re wounded in battle.

The vest panels only cover the front and back (since those are the most likely damage points), with side panels available as add-on purchases.  They can be set to deliver either shocks (up to 4,500 volts) or vibrations (if you’re a wussy), with all settings done via a detachable controller.  Shooting is done via laser-fitted weapons (the eye-safe variety), so there’s also less mess compared to using airsoft bullets (and,for that matter, Nerf foam darts).

The catch?  You need to get a federal ID number in order to buy a StressVest, so it’s not quite as accessible as other fake warfare options.   Pricing starts at $2,500.