StubbyStrip Offers A Unique, Insulated Way To Carry A Six-Pack 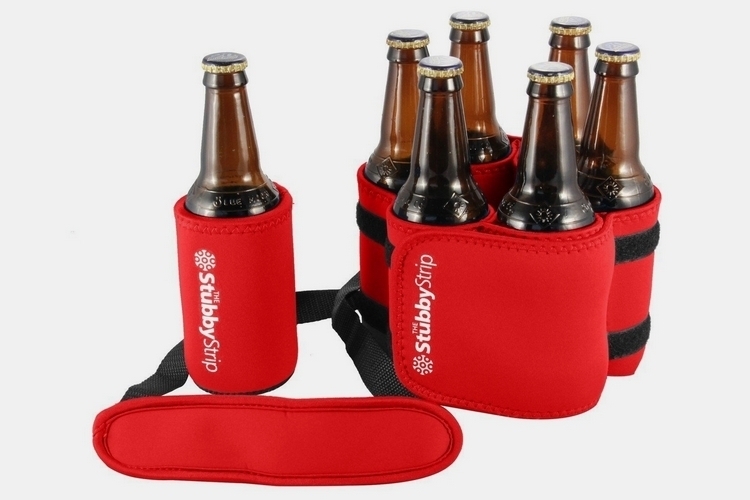 Sure, you can carry a six pack using a handheld case like every other person in the tailgate. But why do that when you can free up both hands by carrying your six pack in the StubbyStrip instead?

Designed to let you carry a six-pack using a shoulder strap, the case allows you to gain full control of both hands, allowing you to hold a beer in one hand while stuffing your face full of nachos with the other. That, or you can hold two beers in each hand, with six beers on standby hanging from your shoulder, ensuring there’s no way you’ll be going home without being plastered out of your mind. 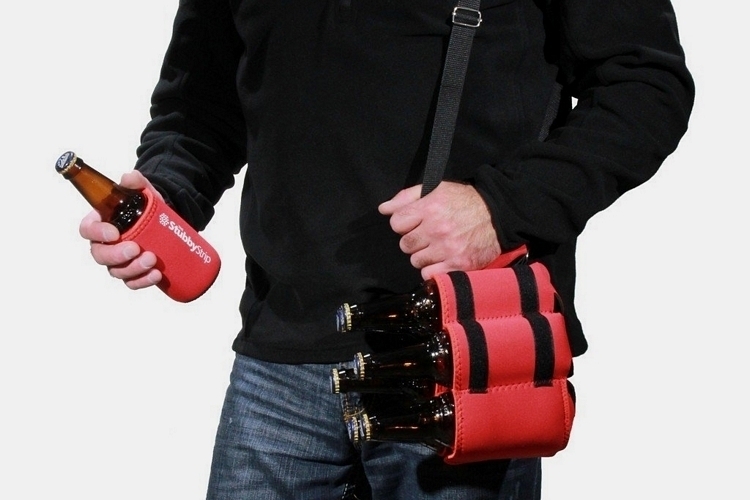 The StubbyStrip is actually a strip of neoprene material with six koozies integrated along its length. The idea is to stuff each koozie with its own container of booze, after which you roll up the strip to hold your drinks together snugly and hoist the strap over your shoulder for carrying like a messenger bag. Sadly, the koozies aren’t detachable, so you’ll have to pull the beer off and drink it with your bare hands. They do include one detached koozie along with the bag, although if we’re being honest, you’ll probably forget about it long before you finish the six pack.

All the integrated koozies are sized to hold standard bottles and cans, so they should work regardless of what beer you manage to smooch off each cooler in the party. Since it’s made from neoprene, the koozies all wear snugly around the bottles and cans, ensuring there’s no chance of having your beer slip out, no matter how you carry the bag. According to the outfit, wrapping up the strip also helps add further tension on the slots, making their hold on the drinks even stronger. 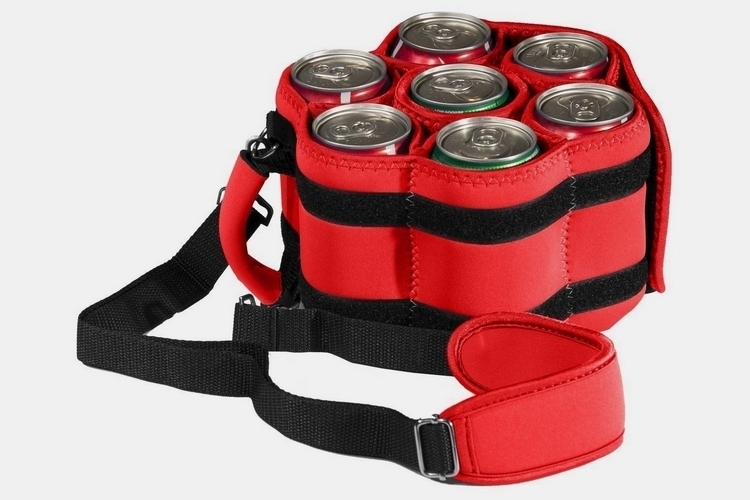 The detached koozie included with the StubbyStrip, by the way, can be stuck to the center of the bag (it’s the koozie that sits in the middle when everything’s rolled up) via Velcro in the back, although we have a feeling being detachable means you’re bound to lose this at some point in its use. Being made from neoprene, each koozie is individually insulated, which should help maintain the cold temperatures of each drink even while you move around carrying it all over the party. Do note, we doubt this can retain the drinks’ temperatures for excessively long periods (a couple hours at best if you’re not out in the sun), so you might want to share the booze and just come back to the cooler for another batch to make sure you can enjoy a cold one all night. 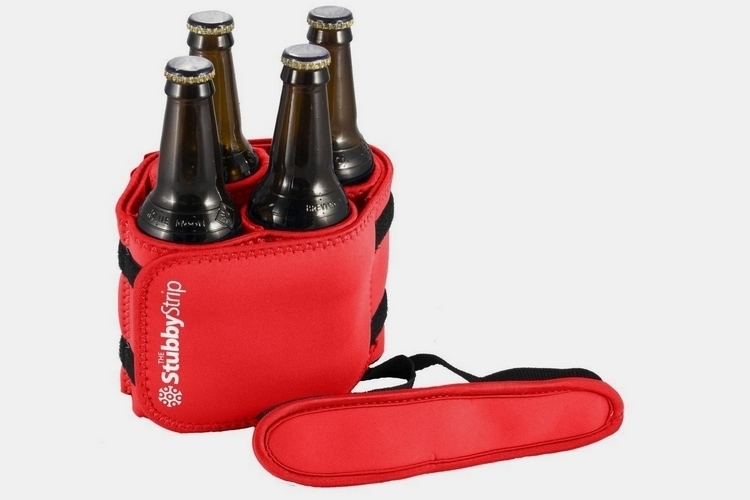 The included adjustable shoulder strap doesn’t look like it’s on the heavy side, by the way, so there’s a good chance that beer is going to be swinging back and forth while you move around the party. As such, you might want to experiment with using a strap from another bag, in case you would prefer not to have seven swinging bottles hanging from your shoulder while you run to the stage at an outdoor music festival.

The StubbyStrip is available now.