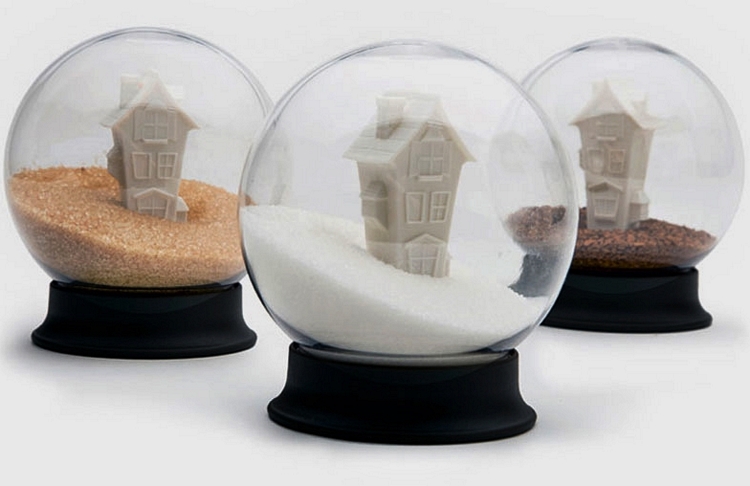 Snow globes sound like such a cliché thing to collect, but they’re also fun, affordable, and make for nice decorative objects. As it turns out, serving as collectibles isn’t the best way to use a round bowl of glass with white powder inside, as it works even better when equipped as a proper kitchen container like they did with the Sugar House.

Made by Peleg Design, it’s a sugar bowl fashioned to look like a good old snow globe. No, there’s no water inside (because that will melt all the sugar), but it does make for a more decorative kitchen container than a regular bowl with a screw-on lid.   Plus, you can always shake it and make it look like there’s an avalanche instead of falling snow, which isn’t as serene but is probably just as valid a way to pass the time. 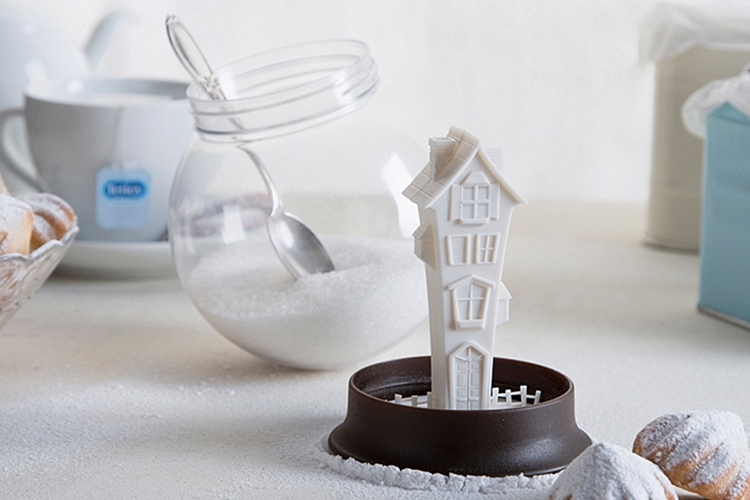 The Sugar House is, basically, a storage bowl with a spherical body and a screw-on lid that’s designed to serve as the standing base. A plastic house figure on the inside of the lid makes the whole thing resemble a snow globe, similar to the ones you can pick up at tourist traps everywhere in the world. While it’s designed as a sugar bowl, nothing’s stopping you from using it as a kitchen container for whatever the heck you want, so you can use it to hold coffee, tea leaves, and everything else in the kitchen because having shelves lined with dozens of these things will probably look awesome. If seeing the same house inside the globe doesn’t quite entertain you, you can probably remove the house and stick one of your own toys on the thing, so you can make yourself a DIY toy Obama fake snow globe if that tickles your fancy. 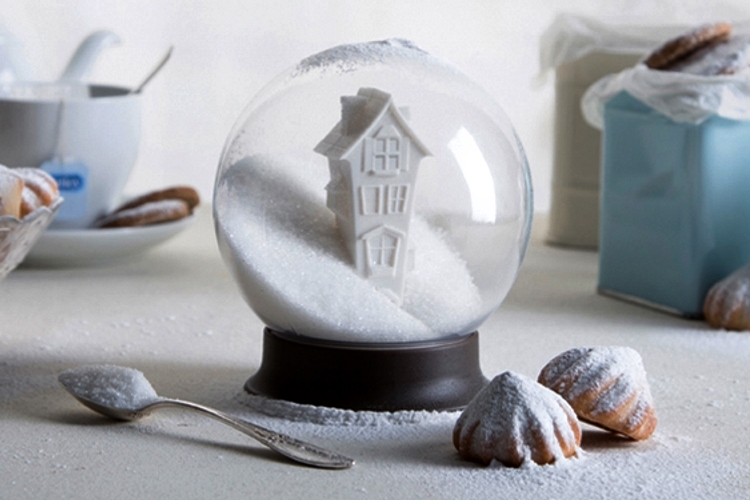